And the Winner of the Brink Is... 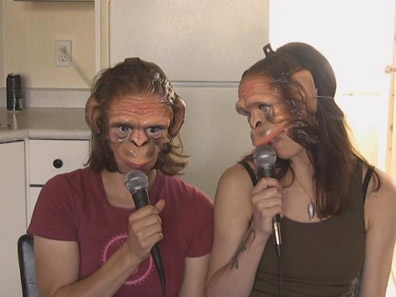 More on Vancouver art in general, and the Brink, here.

My basic response: Yayish. I was torn between hoping for a Seattle victory (Matt Browning, whose work I appreciate for its material complexity), and rooting for Pauwels. I'm glad the winner is the only woman on the six-person shortlist, and Pauwels reminds me of a version of Stranger Genius Wynne Greenwood, another performance/video artist whose sister figures in her work. But Pauwels is far less body-based, and I'm slightly suspicious of the material coolness/detachment of her work. What I'm taken with is her commitment to the world of real things: the cleaning out of a family house after the death of a relative, the gentrification of a certain section of Vancouver, Dutch colonial history. And the humor. Okay, I'm getting more excited...

I still want a group show. And this timing is weird: we find out now, we don't see the work—and we only see one of the artists—for another 8 months... (All I do is complain, I know.)

The dates of her solo show at the Henry are TBD. Good chance we're looking at December, spokeswoman Betsey Brock says.