Lynda Benglis and the Attack on Painting

Surfing on Seattle Art Museum's web site this morning, I discovered that Lynda Benglis is giving a talk here in June, in conjunction with the exhibition curated by SAM modern-and-contemporary man Michael Darling, Target Practice: Painting Under Attack, 1949-78>. 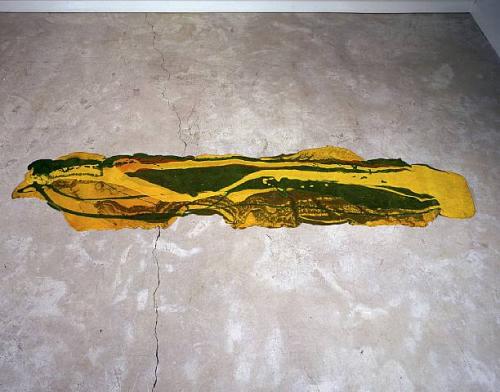 I've said before that I wish Benglis would get a major retrospective, but in the meantime I'm looking forward to Target Practice, which includes two works by Benglis: Baby Planet from 1969, one of her poured latex pieces that goes on the floor like a puddle (at right); and Chi (1972), one of her twisted, knot-like pieces made of fabric and painting that hangs on the wall. I have to admit I was secretly hoping for an oozing corner piece. This cheese-tray-looking piece also looks sort of terrific. 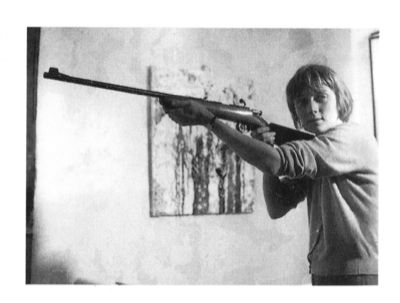 But, but, but: this is not a Benglis retrospective, so I must chill. And the artist list of Target Practice is great: Lucio Fontana, Nikki de Saint Phalle (including one shoot painting, an even earlier dartboard painting, a video showing her making shoot paintings, and photographs of them in progress, including one of Robert Rauschenberg doing the shooting—more on these from me here), Yoko Ono, Lee Lozano, Shozo Shimamoto, Otto Muehl, Ed Ruscha, Warhol, Rauschenberg, Lichtenstein, Lawrence Weiner, Richard Tuttle, Lygia Pape, Yayoi Kusama, Howardena Pindell, and more. The exhibition will take up as much space as the Rome show did. And bonus: According to Darling, the Lozano painting that appeared in Wack! at Vancouver Art Gallery last year was hung vertically when it should have been hung horizontally. You'll see it the right way round this time at SAM, he says.

Painting never dies, especially the more you try to kill it. I can't wait.