Buddy Bunting, interviewed this week on In/Visible here (a shorter MP3 take is below), stakes out prisons. He parks by the sides of their roads to sketch, photograph, and videotape them in a hurry, before he gets caught.

Nobody is supposed to look too closely at a prison. Bunting does it in part because prisons are what he knows. Growing up in a Maryland area where a prison moved in and provided plenty of jobs, Bunting's regular friends were prison guards as well as prisoners. He knows the in and the out, so he stands at the border and makes art.

The second image is a detail of the part of the painting that depicts the "work" building (those four vertical doors), where private businesses can "rent" the extremely cheap labor of prisoners for a time.

This 30-foot painting—without weather or plant life, or any signs of life at all, punctuated by insanely erect lampposts—is the centerpiece of Bunting's solo show High Living at Crawl Space, which is full of stark, colorless scenes that convey a tense sense of place and time. He's nervous while he works, he says, and that comes through. But his images also are made with a cold observational eye. They take no stands, testify to nothing—cannot be convicted or exonerated.

Prisons aren't Bunting's only subject. He paints police cars, traffic signs, roadkill, Wal-Mart distribution centers in the middle of the desert, and pretty much anything he finds on his travels to remote prison locations. Bunting's own web site has a slide show of 120 images.

Just a few are on the jump, and here's the snippet of audio. 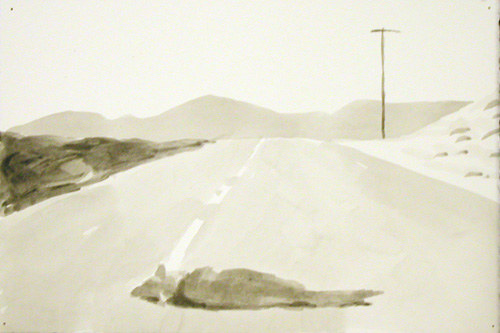 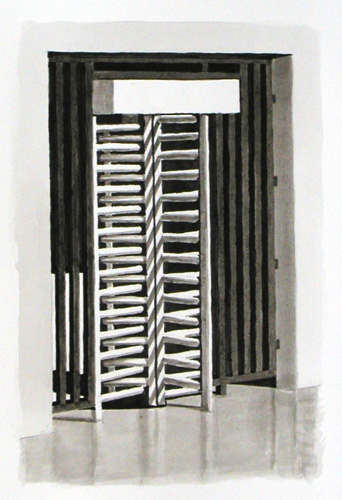 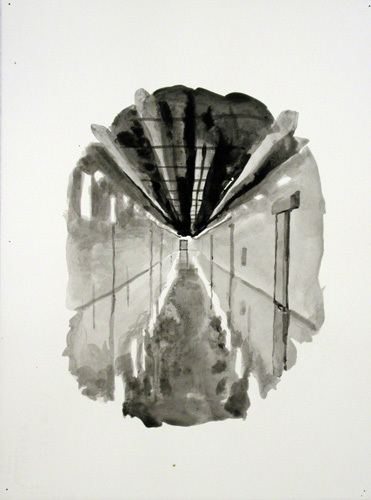 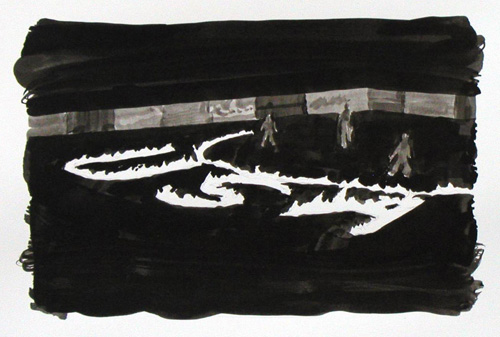 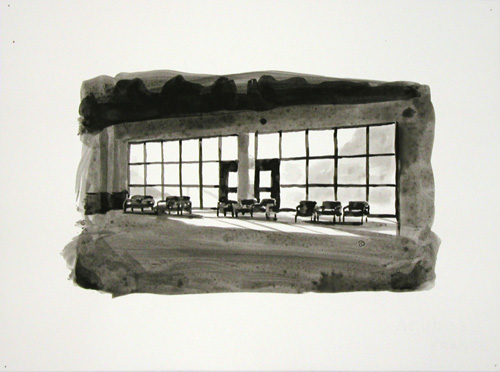