A Promising New Director for the Frye 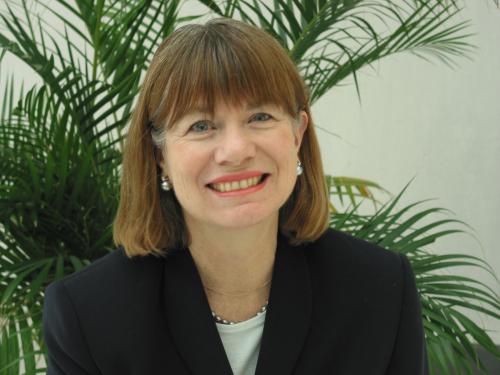 The Frye Art Museum announced this morning that Jo-Anne Birnie Danzker will take over for retiring director Midge Bowman, who's been at her job five years, effective October 1.

Could the Frye have hired someone better for it? I don't think so.

Birnie Danzker is an Australian-born art curator and museum director with a long career and contacts throughout North America, Europe, and, increasingly, China. Her work over the years has been chiefly in modern, contemporary, and late 19th-century/early 20th-century German art—the Frye's oddly disseminated areas of interest and specialty. She has experience as a director in the Northwest, too: From 1977 to 1991, she was curator and then director of the Vancouver Art Gallery in B.C. (where she will still partly reside, though she'll mostly be, of course, in Seattle).

Her curatorial credits at the VAG include exhibitions of contemporary performance, video, and conceptual artists including Sherrie Levine, Bill Viola, General Idea, Ian Wallace, Vito Acconci, and Brian Eno, but she also organized the occasional historical show, including the awesome-sounding William Hogarth: Nationalism, Mass Media and the Artist.

From 1992 to 2005, she was director of the Munich Museum Villa Stuck, which included a restoration and renovation of the museum devoted to Franz von Stuck, and also eventually resulted in her researching the Frye's permanent collection of Stuck contemporaries and curating The Munich Secession and America for the Frye early this year as an independent curator. While in Munich, she also commissioned and oversaw contemporary projects such as this Okwui Enwezor endeavor that traveled to New York's P.S. 1 and the Museum of Contemporary Art Chicago in 2002. Other projects have included co-curating Art of Tomorrow: Hilla von Rebay and Solomon R. Guggenheim, Shanghai Modern in 2004-2005 (in Munich and Shanghai, which included research into the relationship between Mark Tobey and his teacher of calligraphy in Seattle and Shanghai, Teng Baiye), and Accumulations: The Spirit of the East at Asia Art Center Beijing 798 in 2008.

She has written most recently in the YISHU Journal of Contemporary Chinese Art in 2009, and for the Documenta 12 publications in 2007.

When I met Danzker for lunch a few months ago, I found her to be sharp, knowledgeable, and plugged in, yet curious. I'm excited to see what she'll do.

Today in a phone interview, she described her earliest interest in art.

I grew up in Australia at a time when I think the art gallery was a section or a room in the library or something. It wasn't part of daily life, because I was growing up in Queensland at a time when you know it was pretty wild territory. However, my grandmother was, in her own fashion, a great patron of the arts and she painted, and she painted very well indeed. As a child I went to her home and she actually gave my sister and me her baby grand piano so that we could have piano lessons, and another cousin she paid for her to study dance, and art was something that was then in the home. And so i think from my earliest childhood it's something that I have seen as part of everyday life, but not in the form of necessarily going to a museum to see it.

She got her arts and education degrees from the University of Queensland, specializing in theoretical aesthetics, which she says "has guided me through a lot of my endeavors since then."

For her tenure at the Frye, "the time frame for me personally is going to be the next 50 years—not the next 3 or 5." The "innovation at every level" of the museum, which has been a pleasant shakeup in the Seattle art community for the past five years, is what interested her in the job.

"The cracks and fissures inside museums are becoming evident," she said. "We're living in a very different world with models of museums that date back to the 19th century...If we're redescribing our world and our institutional structures, then this is the place I want to be to do it."

She said specifics are still being hatched, but, "Dreams we have, that's for sure, and so I don't think we're going to be bored."