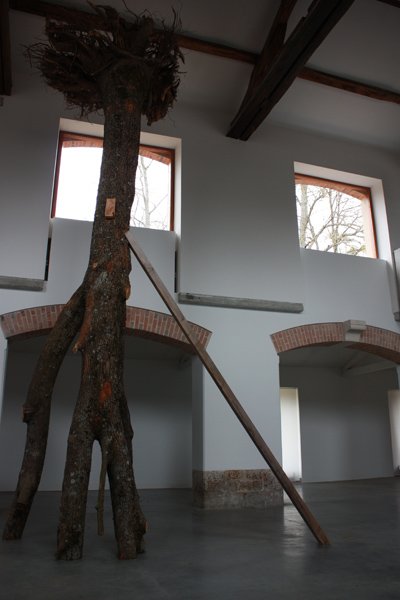 And it's weird. The artists competing to win Seattle Art Museum's big annual award of $15,000 and a show at SAM are Chris Engman, Eli Hansen, and Emily Gherard of Seattle; Bellingham's Barbara Sternberger; and Ellen Lesperance of Portland.

Lesperance's work sounds like it could be more interesting, in the tradition of past winner Josh Faught, who fearlessly brought together politics and textiles: current project is "drawings in which sweaters worn by female activists during direct action campaigns are re-patterned in gouache on paper."

Engman shows his photographs at Greg Kucera Gallery. While his individual images can be smart and compelling, I'm still unsure of his overall project as an artist. I'm not sure that if I came upon one of his photographs without his name attached, I'd know it was his. I'm still looking, but...now?

Hansen, represented by Lawrimore Project, is an art-world darling, and by an insane margin the edgiest artist on the list. People who hate insiders will hate him, and the Bowen committee in the past has gone out of its way to choose unusually, sometimes resulting in mere irrelevance. I hope that doesn't happen here.

The winner will be announced October 21.