Ferguson-Related Artwork Gets Pulled from Bumbershoot

There won't be blood on the floor in the Bumbershoot art exhibitions this weekend.

The blood—actually red paint mixed with vegetable oil—flowed through disposable coffee cups that were hung from the ceiling in a storm-like formation. Each cup was inscribed with the name of one man of color shot by a police officer in recent years.

Some of the cups had holes in them where the paint mixture dripped lightly through and fell to the floor. In the midst of the "storm" was a figure dressed like a riot gear cop being bombarded by empty paper cups.

"It's an important piece, and especially with the shooting happening, it's very relevant," said Wendy Red Star in a phone conversation Thursday. "It needs to be seen."

But Red Star, the Portland-based artist who curated Bumbershoot's first-ever all-native-contemporary-artists exhibition—was the person who ended up wiping away the paint and dismantling the piece on Thursday, it turned out.

The work of art was by Nicholas and Jerrod Galanin, two brothers born in Sitka, Alaska, working under the name Leonard Getinthecar. Nicholas, whose sharp work is currently tearing it up at the Frye in the exhibition Your Feast Has Ended, was invited to participate in the Bumbershoot exhibition by Wendy Red Star.

Red Star says the Galanins decided to pull the piece from the show. The Galanins say different.

The Galanins installed the piece Tuesday. It went uncontested until Wednesday night, when a Bumbershoot worker notified Seattle Center that there was red paint on the floor, said Gretchen Lenihan, a Seattle Center manager who's handling all the logistics for this weekend's festival. (Lenihan said she didn't know who radioed in the tip on Bumbershoot's end.)

When Bumbershoot told the center to come down and check out the paint, the center's representative decided the paint could not be directly on the floor because Seattle Center was concerned about staining.

"Normally, any installations are advanced through us—my understanding is this was a little bit of a last-minute one," Lenihan said. "Anything like that, we would require that there be some kind of surface protection."

Later that night, Red Star called the artists and told them they'd need to wipe up the paint, get the cleaned-up floor approved by the center, then install a pre-cut piece of gray vinyl that matched the floor as a base, so that the paint could drip on that surface instead. Bumbershoot volunteers would acquire the vinyl, she told the Galanins.

But after the phone call, the Galanins felt Red Star should have fought harder to protect their vision, and that Red Star was harsh with them.

"Basically, I was told [by Red Star] that I am no one, and 'I'll pull your work if you don’t get here by noon to clean that up,'" Nicholas said in a phone interview Thursday. Jerrod, also reached by phone, said he wished they'd had a chance to talk directly with someone from Seattle Center before Red Star wiped away the paint.

"There’s more concern for the paint on the floor than the issues raised in the piece," Nicholas said. "They could have wiped one rag and seen how easily it cleans up. It wipes right up. It’s a sealed cement floor. I mean, we mixed this paint so it would clean up, so it wouldn’t set up, and it cleaned up really nicely."

Red Star said she didn't want to wipe up the paint herself, but when the artists were late to arrive on Thursday, time was running out to set up the exhibition. She said she understands their decision, but "a rule is a rule."

"We’re in a gallery—it’s all artifice, it’s all fake," Red Star said. "I mean, you’re using paint and oil to make it look like blood, so to me... each artist is different, and in my case, I would be okay using the vinyl underneath. But that’s me, I’m not Nick, and in Nick’s case, he wasn’t okay with that."

She added that "it probably could have been handled better," and that this is her first time curating, but also that she "worked hard" for the Galanins. She sounded frustrated that they'd finished their work later than the other artists in the exhibition.

It seems understandable that the Galanins didn't see the floors of Seattle Center as "fake" space, given how violently native people have been represented on these grounds, as human exhibits in exhibitions and fairs, or limited to being quaint and tradition-bound craftspeople, or left out entirely. This exhibition is, after all, the first time native artists have been invited to show the full range of their creations in Bumbershoot's 43 years.

The grotesque distortion of native people in mainstream American art and culture may be a bloodless war, but it's every bit as insidious—which is, of course, not news either to Red Star or the Galanins. It's so unfortunate this had to happen. A devastating side note is that Red Star's own great-grandparents were part of those human exhibits. The Galanins' installation was meant to draw out links between John T. Williams, Michael Brown, and an entire lineup of annihilation strategies deployed by the supposed land of the brave against anyone deemed valueless. 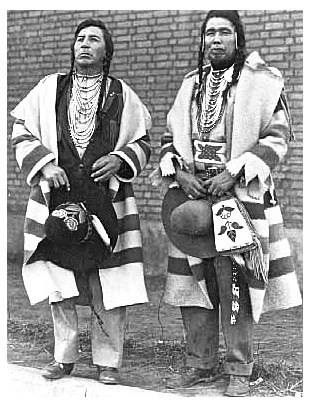 Ultimately, what appears to have been a minimal amount of paint that cleaned up easily hardly seems worth losing all those ideas over.

The disappeared Galanins' installation will yet appear in Seattle. Next week it will become a late addition to Your Feast Has Ended at the Frye Art Museum, said Frye spokesman Jeffrey Hirsch. No word yet on whether the paint will touch the floor. (The Frye recently had its own brush with racially provocative material.)

In the meantime, visit the rest of the contemporary native artists exhibiting at Bumbershoot all weekend.

Comments 28
Tags: Visual Art Blogs
The Stranger depends on your continuing support to provide articles like this one. In return, we pledge our ongoing commitment to truthful, progressive journalism and serving our community. So if you’re able, please consider a small recurring contribution. Thank you—you are appreciated!
CONTRIBUTE NOW