The skulls absolutely have to go back to Peru, and as soon as possible. Almost a century ago, they were lifted out of the ground by an American who then transported them back to his home in Seattle—how did he carry them? In his suitcase?—and donated them to the Burke Museum of Natural History and Culture. He didn't know who they were. There are three of them.

This Thursday morning, the Peruvian Consul General will come to the Burke with a vehicle to pick them up. He'll accompany them to Portland, where they will board a US military plane that will carry them to their homeland. Once there, the Ministry of Culture will begin the process of finding out as much about them as possible—and finding them a final resting place.

The skulls are only part of the shipment of things that will be returned to Peru by the Burke this week. On Wednesday night, the Burke is throwing a private party with the Peruvian Consul General to celebrate the occasion and display the objects before they leave. The skulls won't be displayed, but the pots, dolls, and textiles will, and they have incredibly messy human stories to tell. These stories live so quietly behind every museum's walls that it's an occasion to be able to tell them. I'm getting the chance to because of Laura Phillips, the Burke's archaeology collections manager, who took the time to explain the details only hinted at in the press release.

It's been at least four years since the Burke contacted the Peruvian government to say, My god, we have human remains that belong to you; we're so sorry, and would you like them returned? At the same time, the Burke thought it would be a wise idea to see if the museum held anything else that ought rightfully to go back to Peru. 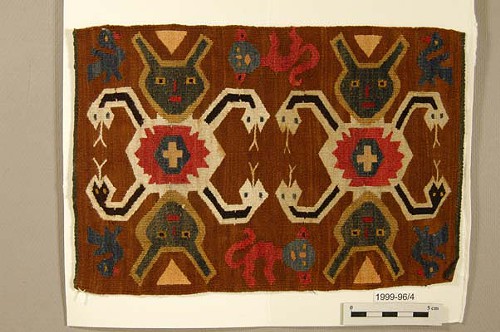 First, the Burke found a cloth that's anywhere from 600 to 1,000 years old and probably from the pre-Colombian Chancay culture of the central coast of Peru, Phillips said. It measures 6 1/2 by almost 10 inches, and it was purchased in Lima and brought into this country in 1983—right at the same moment when a law was passed outlawing the importing of antiquities like these. The law was so new that the collector seemed not to know he'd crossed it, Phillips said.

"What I have gotten out of this whole process is that people don’t want to do the wrong thing," Phillips told me. "They don’t mean to do it, and we as archaeologists have not done a very good job of educating the public."

In 2007, a woman on her deathbed in a hospital in Seattle called the Burke. She didn't have any living descendants and was worried her small collection of beads and pots from her time with the diplomatic corps in Peru in the 1960s would be thrown out with the trash.

Because she knew virtually nothing about the objects, the Burke didn't want to take them into its collection. But the museum agreed to acquire them for the purpose of eventually returning them to Peru. "We said, 'Yes, we'll help you,'" Phillips said, so the woman could die knowing someone would care for them.

Another pot was loaned to the museum for exhibition by a man in Tacoma—in 1935. And then he vanished. The museum sent letters. Looked all over for him. Finally, the Burke went through the process of acquiring it in the hopes of eventually finding it a more appropriate home, because again, nothing was known about it, and the Burke doesn't specialize in Peruvian objects.

My favorite story is about the dolls. In 2009, a private Seattle collector got word that the Burke was working on returning objects to Peru, and brought four dolls to the museum's attention. 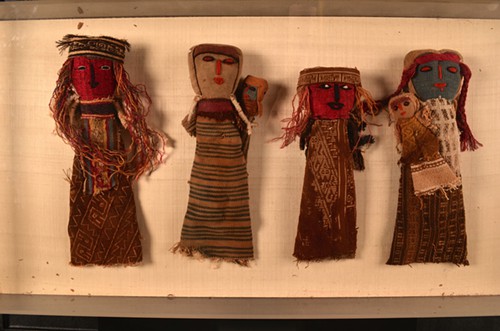 He'd bought them at a market, and they had been newly made—but using endangered parts. These dolls are on the "red list" of the International Council of Museums. They're hot on the black market, and they're a very gray area.

Villagers in areas where looting is taking place are the ones who create and sell these new-ancient dolls. They forage through the dirt piles left behind by the looters in their search for scraps of ancient fabric. Then they take those bits and create these new, red-listed, black-marketed dolls.

"The archaeologists are not happy about [this market] because it encourages more looters to get the old dolls and really damages the cultural heritage of Peru," Phillips said. "The collector [in Seattle] could legally have them because they’re this gray area, but archaeologists feel really strongly that this is not okay. We started explaining, and the collector was like, 'Oh, my god.'"

And so, they too go back.

Comments 1
Tags: Visual Art Blogs
The Stranger depends on your continuing support to provide articles like this one. In return, we pledge our ongoing commitment to truthful, progressive journalism and serving our community. So if you’re able, please consider a small recurring contribution. Thank you—you are appreciated!
CONTRIBUTE NOW