Tacoma Art Museum's Art AIDS America Is a Messy Masterpiece That Reframes the Past 40 Years of American Art. NBD.

'Untitled Memory' is a ghostly projection the artist set up in a place he once shared with the late Axel. SHIMON ATTIE (JACK SHAINMAN GALLERY, NEW YORK)
Back to article 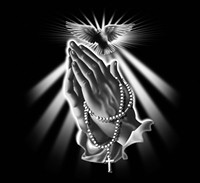 4
Ok, let get a bit more detail in this article, shall we. "But even when things got real, art couldn't. If artists wanted to be in museums, they couldn't freely express what they were experiencing related to HIV and AIDS. Any museum that got federal funding was forbidden to display work that made explicit reference to homosexuality or AIDS, thanks to a legal statute authored by then–North Carolina Republican senator Jesse Helms".
This is missing a lot of information, such as a when the poor decision by some big museums decided to display Robert Maplethorpe's sexually graphic and explicit work in public and in which children of all ages were exposed to under the term "art" - hence the Helms move. I ask the gay "modern family" couples with children, "would you expose your 7, 8, 10, or 12 year olds to black and whites of interracial leather men fisting, or graphic sex toy play with toys as big as your arm, in a public museum"? I haven't seen the current exhibit, but then again, I figure, I've lived the exhibit since 1985 when it was a "gay" disease. I lived the exhibit when I was burying friends almost on a monthly basis. I was living the exhibit when AZT was almost as bad as the disease for so many and I was living the exhibit when I was volunteering with the AIDS Foundation's "buddy pragram" to help HIV/AIDS patients who didnt have anyone, or the physical strength to even cook for themselves. I was living the exhibit when Rock Hudson died and the world freaked out because he kissed Linda Evans on a TV Soap and I lived the exhibit when the "straight men and women" of the modernized world realized that human sexuality wasnt just black and white when their "heterosexual" partners were getting it "on the down low". Ive seen the gay and straight community grow and become stronger from it and now Ive seen it revert to complacency of it, in lieu of "new drugs" and social homogenization. I just hope I dont live to see history repeat itself - and trust me - if it does, it will be worse than the first go around.
Seattlebcc on October 8, 2015 at 6:27 AM Report this