I Smoke Weed Every Day. Does That Mean I’m an Addict? 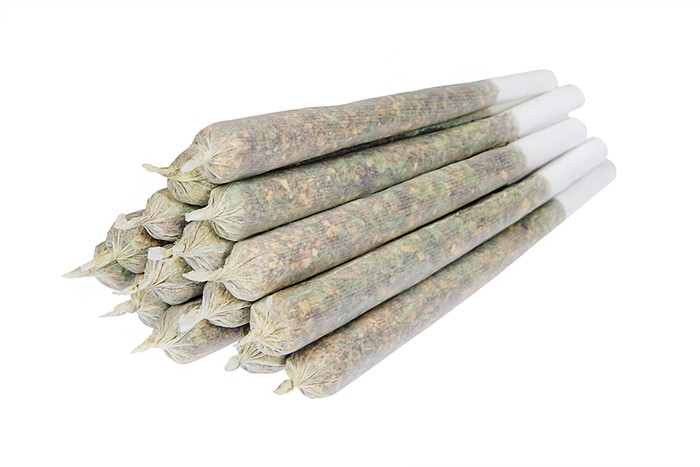 I smoke weed every single day.

That's what I found out after I started keeping a log of my pot use. After 32 days of noting each time I took a puff, I saw that I had consumed my favorite herb every single day for more than a month. I can't say I was that surprised, but it was more than I'd thought.

For those of us in legal weed states, it's ridiculously easy to indulge. There are $5 joints for sale in every neighborhood. But how do you know when you're overindulging? Weed's mild nature can make it difficult to spot developing problems. It doesn't cause hangovers; it's pretty easy to lead a functional life through a perpetual haze; and, unlike cocaine, alcohol, or coffee, quitting doesn't usually result in withdrawal symptoms.

Still, experts say that pot addiction—or, as psychologists call it, cannabis use disorder—does exist, and out of control weed use can negatively impact both your wallet and your relationships. Plus, we still don't know entirely how cannabis affects our cardiovascular and brain health.

According to the American Psychiatric Association, symptoms of cannabis use disorder include spending a "great deal of time" obtaining and using cannabis, as well as having "a strong desire or urge to use cannabis." In my case, both are true. But I am a weed columnist, and even if I do salivate a little when I pop open a new jar of top shelf pot, is this really a problem?

I don't think so. You might think I use pot to check out of life, but pot actually invigorates my life. With weed, the mundane becomes interesting and I become a more reflective, empathetic person. I might be dependent on pot, but there is little doubt in my mind that weed also helps me lead the life I want to live.

But I don't completely trust my ability to self-diagnose. I wanted a professional opinion, so I asked addiction counselor Kristina Cook to look at my pot diary. Cook agreed, and a couple of days later, I was sitting in her Fremont office.

We talked for a long time about how I use pot, but she refused to tell me if I have a problem. "It's not up to me to sit here and go, 'Gee, you're a cannabis abuser,'" Cook told me. "I would say, let's experiment with it. Let's see what you notice."

I was a bit let down to leave without a clear diagnosis, but it also felt like her prescription for continued reflection might be the best way to manage my pot use. We are all addicted to something, after all—society just happens to view some dependencies as more acceptable than others. Do you drink coffee every day? Spend 25 hours a week at the gym? Or 80 hours a week in your office? Your dependency won't raise many eyebrows. But smoke a joint every night to unwind, and suddenly you are on the wrong side of some invisible moral wall. This is a problem, because making substance use a moral issue only makes people hide it. And as legal weed spreads across the country, we need to be more open, not less.

A recent report by the state legislature's think tank found that while cannabis reform hasn't caused an increase in underage use, adult use has increased after legalization. "We are really going to take 5 to 10 years to see the effect of these cultural changes," Beatriz Carlini, a research scientist at the University of Washington's Alcohol and Drug Abuse Institute, told me. "Compared to alcohol, tobacco, and opiates, it's not something that I would put as my biggest public health threat to society. But minimize it and say, 'Who cares?' I think that's also dangerous."

After 32 days of consuming weed, I finally went a day without pot. And then another day. It wasn't intentional; I just ran out. I have since stopped keeping meticulous notes on my pot use, but I am still paying attention. I want to use pot on my own terms, and being aware of it allows me to do just that. If you use cannabis, I hope you'll do the same.