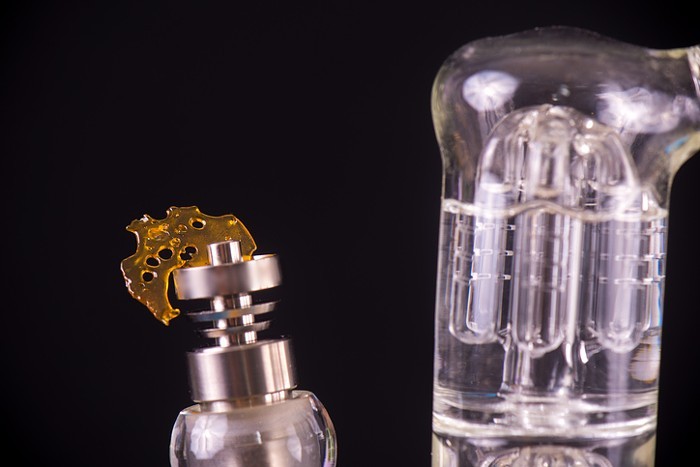 Today is July 10. It’s a special day for those of you who enjoy concentrates and extracts, although if you do enough dabs, any day can be a special day. Numerically speaking, today is 7/10. Virtually all dispensaries will have sales on numerous forms of dabs, so stock up, and give thanks for this "high holy day" in remembrance of the late great Doctor Leopold von Dabowitz, born on July 10, 1939.

Dr. von Dabowitz was the first stoner who, after finishing a bowl of flower, asked himself, “Is that all there is? Is there not a way I can get higher?” And in that moment, it dawned on him that yes, certainly there must be, and so the good doctor set out to find out.

Leopold began with the notion that solvents could be utilized to strip the THC and terpenes from the cannabis plant and concentrate them. His first attempts left something to be desired, as he used fully leaded gasoline in his first runs. While this resulted in the popular “diesel” taste sought after in today’s marketplace, he neglected to fully purge his product. As such, during his first hit, he burned off his eyebrows and hair in a fireball. Neither ever grew back, gaining him the derisive nickname “Egghead,” which is why we call smart people that same thing to this day.

He moved into kerosene, motor oil, rubbing alcohol, paint stripper, and radiator fluid, with each subsequent explosion resulting in the loss of his nose, ears, and lips. “Maybe you should just try agitating the bud in ice water and collecting the accumulated THC crystal,” suggested his wife, who like all women, was far smarter than her husband. “Nurmer!” he shouted, which is lipless for “Never!”

Leopold upgraded to butane, which produced a cleaner, clearer finished product, although his friends pointed out that a box of lighters from the Dollar Store didn't make for the best butane available, and was resulting in a nasty, black, tar-like finished product, and perhaps he shouldn’t be producing his concentrate in his wife’s dog grooming studio, as nearly half the weight of his dabs consisted of a mixture of stray Labradoodle and German Shepherd fur. “That stuff is nasty, broheim—what about using a mixture of heat and pressure to obtain a solvent-free product?” asked his friends. “Ruck lew,” Leopold cursed at them between coughing fits from smoking his OG Chihuahua Kush.

Von Dabowitz died in an explosion while producing a full nug run. Being high AF, he had decided to address his munchies by making s'mores in his lab. “I can just make you a sandwich,” his wife said nervously. “I’m not sure you want to have an open flame in a room filled with butane fumes.” “Nit gill re line [It will be fine]," he replied, just before a 30-foot fireball consumed him.

So this 7/10, celebrate this pioneer of pot by heading to your local dispensary, and dabbing while remembering his amazing work that—wait, what? Are we sure?

I’ve just been informed that the real meaning of 710 is that it spells “OIL” when that number is turned upside down. Huh. Not sure where I got that other stuff. Must be the dabs.

Check your social media feeds or resources such as Leafly and Weedmaps to find Dab Day deals near you. Happy 710 everyone!