25 Years of Savage Love: How Savage Love Changed the Way We Talk and Think About Sex 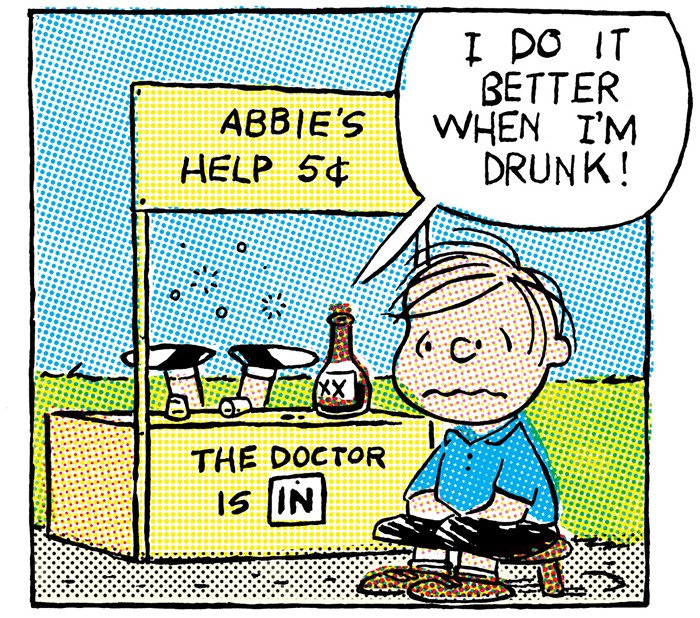 Savage Love changed the ways many people have sex and structure their relationships, and even how scientists like me study sex. Joe Newton

Twenty-five years ago, Savage Love began with the salutation "Hey, Faggot." Dan insisted readers address him this way, claiming the term "in strength and pride." The first column ran with a preface, explaining that it was "written by a queer nationalist."

Though early columns lacked the punchy acronyms that later became characteristic of Savage Love, even in the earliest months, readers were asked to counter homophobic comments in other publications with phone calls and letters. In one Savage Love, Savage (as "Dan Landers") even created a coupon readers could clip out and mail to Ann Landers, telling her, "I'm glad I'm queer. I wouldn't be straight if you paid me" (or, alternatively, "I'm not queer, but I wish I were"). This was Dan teaching us how to fight with pride.

Younger readers might associate the '80s and '90s with fluorescent clothes and Molly Ringwald movies and early boy bands, but when Savage Love began, it was just five after President Reagan finally identified AIDS as a national public health priority. It was a time when too many people were still dying because the US government had refused to study sex or talk about sex in frank ways. Homophobia, bigotry, and silence around sex and HIV/AIDS had pushed people (especially gay and bisexual men) to the margins. Lucky for us all, they pushed back.

But Savage Love also changed the ways many people have sex and structure their relationships, and even how scientists like me study sex.

Over the years, Savage Love has featured letters by people talking about making changes in their lives and relationships as a result of Dan's advice and ideas. Yes, the chants of DTMFA (dump the motherfucker already) moved some people closer to much-needed breakups. But Savage Love also helped bring people closer together. Some readers gave their partner's kink a chance, opened a relationship, or stopped lying to someone they supposedly loved.

Psychologist, professor, and frequent Savage Love guest Dr. Lori Brotto says she often borrows one of Savage's phrases when talking with patients and friends, that there really is no such thing as the One, but "you will find your .6 or .7 and then round (the fuck) up." She says, "It gives people confidence that they'll find someone else compatible with them after a relationship with their perceived soul mate ends; it suggests that we are all imperfect, including ourselves, and our partners are likely rounding us up too. And it suggests that it takes effort to see past your partner's flaws."

Over the years, Savage Love has also asserted various rules of sex and relationships, as well as ideas about what makes for better sex or longer-term love. Among the most well-known is the idea of being good, giving, and game (GGG)—characteristics that have since been examined in scientific sex research. (In short: He was right.) Another widely known Savage Love maxim is the campsite rule—the insistence that significantly older partners leave younger ones in better shape than they found them. Its lesser-known counterpart is the Tea and Sympathy Rule (see Glossary).

Dan has articulated a decency that I think matters. He's urged people to be self-aware enough to acknowledge when they're being cheating pieces of shit (CPOS) and has argued for honesty and openness in relationships—even when that openness is hard and scary and you risk upsetting the other person/people you're with. He calls people out on their BS (see, for example, the HTHs) and shows homophobic politicians that turnabout is fair play. (Santorum, anyone?)

Of course, Savage Love has never been a place for coddling or kumbaya.

"In an era of snowflakes and safe spaces, Dan Savage carries the flag for old-school personal responsibility," says author, fashion commentator, and person whose closet I would love to raid Simon Doonan. "He treats his listeners like adults. If your life is sucky, stop complaining, figure it, out and fix it."

Twice in my life, when I needed to stop complaining and grow up and make painfully difficult decisions, part of what helped me was thinking about WWDS (What Would Dan Say) and then doing it. Maybe some of you can relate.

Never one to shy away from controversial topics, he has also written in Savage Love about "gold star pedophiles" (Dan's term for people who, while attracted to children, have never committed sexual offenses involving children). Psychologist and researcher Dr. James Cantor notes that "Dan was the first big voice on the topic, putting the science ahead of the hysteria."

He's also stood up for vaginas and vulvas by learning to say the word "VULVA" (it's in all caps because he says it like that) and by suggesting that people who use the word pussy as an insult should basically go away forever since vaginas "chew up semen and spit out people." (He suggests the phrase "Don't be a scrotum" instead.)

Something I've long loved—and I mean truly loved—about Savage Love, however, is its heart and the way we as readers are included, not just in contests to come up with new terms (though those are fun) but in the camaraderie of making things better. Do you remember that awfully good advice to the awkward 15-year-old boy who wanted girls to like him? (In short: Worry less about your 15-year-old self and plan instead for your 18-to-20-year-old self by reading, doing things in the world, showering, and getting smart about sex and the clitoris.) Or readers' advice to gay teenagers? (High school ends, join a theater group, use condoms, go for anything in life, you can and probably will find love.) Or how readers rallied and gave specific examples of how older lovers/partners/hookups enacted the campsite rule? Yeah, me too. And when I asked my friends and Twitter followers which Savage Love moments stuck out for them, the answers were varied and scattered over more than two decades of work, from santorum and the Karmic Rule of Kink to celebrating the end of DOMA or watching, with pride, when Secretary Clinton and President Obama posted their own It Gets Better videos.

That doesn't mean that you and I agree with every Savage Love column or sentiment. Certainly in the thousands of columns and blogs and tweets, there have been some I've been at odds with. Savage Love is a conversation, not an echo chamber. Dan says things, sometimes we cheer, sometimes we disagree, maybe there's uproar, and sometimes there's a changing of minds or hearts for any one of us. Other times we agree to disagree, deciding that what we've made together is well worth the price of admission. In Savage Love, we found a .6 or .7 and we rounded the fuck up.

Debby Herbenick, PhD, is an associate professor at Indiana University, the author of several books about sex (her latest is The Coregasm Workout), and proudly, in the words of Dan Savage, a "vulva puppeteer." She's also a frequent Savage Love guest.

More Savage Love from The Stranger’s 25th anniversary Issue: Relive the very first Savage Love, find out what saddlebacking is in the SL glossary, and read excerpts from some of the most memorable columns.

Comments 4
Tags: 25 Years of the Stranger
The Stranger depends on your continuing support to provide articles like this one. In return, we pledge our ongoing commitment to truthful, progressive journalism and serving our community. So if you’re able, please consider a small recurring contribution. Thank you—you are appreciated!
CONTRIBUTE NOW