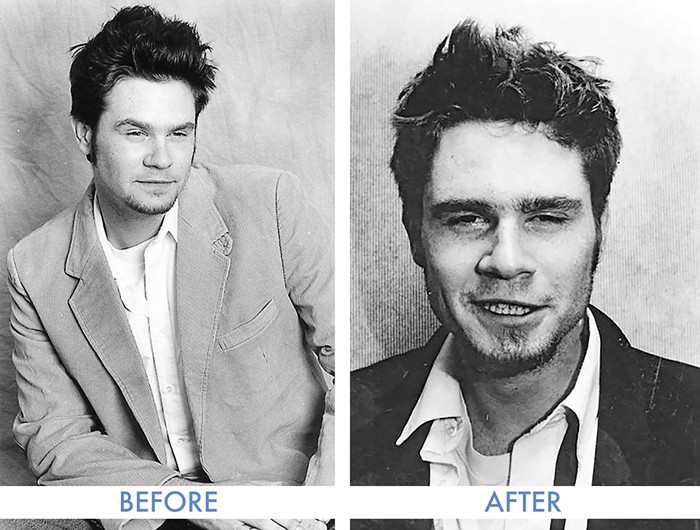 In many ways, The Stranger and I share a history. I started writing for the paper in 1992, when I was still a senior at Seattle's O'Dea High School, and joined the staff a few years later as the paper's first receptionist. As the years blurred by and The Stranger grew, I moved from the front desk to distribution and marketing, to calendar editor and film editor, and, eventually, to managing editor.

All told, I spent 16 years involved with The Stranger. It was my college and, for many years, my entire life. And if I have one piece of advice for those aspiring journalists out there, it's this: Do not work for the fucking Stranger.

Seriously, don't do it. Find some other outlet—any outlet—to pitch your talents. Start a blog or your own publication on Medium. Bring back zines or write a goddamn pamphlet to hand out to passing tourists downtown. Not only will your words carry more impact than they would in The Stranger, your future prospects in journalism (if there are indeed still prospects in journalism) will be much, much brighter.

Don't believe me? Think these are just the words of a disgruntled former employee? Scoffing at the moment and thinking, C'mon, it can't have been that bad? Consider the following:

• My last day at The Stranger was in August of 2008. Even my hatred for George W. Bush—who was still fucking president at the time—has dimmed more than my hatred for this paper since then.

• My résumé since I left has basically been the jungle at the beginning of Apocalypse Now.

• When I started working at the paper, I looked like a polite high school graduate entering the prime of his life (see first photo).

• When I left, I looked like a meth-head arrested outside of Reno, Nevada, after trying to eat the face of a bingo player (see second photo).

And then there's the ownership of the paper. Names like Tim Keck and Dan Savage and Robert McNamara. Old white men who have done some good (founding the Onion), some bad (destroying the good name of Rick Santorum), and some pure, pure evil (Vietnam War). Good friends who recognized a ripe market in Seattle in the early 1990s and pounced, only to give the city a golden shower of vinegar for decades.

Is this really a publication we should be celebrating?

Tim Keck lives in a billionaire's biodome. Dan Savage, when he's not playing Commander of All Gay People, only flies private—even to Spokane. Robert McNamara was Robert McNamara. And meanwhile, there are scores of survivors like me. Men and women who joined The Stranger after being told what we did would matter. That we would help change the world.

Exhibit A: the Seattle monorail, which The Stranger flogged so hard the diseased horse of an idea nearly made it to the finish line. Exhibit B: the Iraq War, which even without McNamara's editorial meddling was still encouraged by the paper. Exhibit C: the hundreds of political endorsements the paper has made locally over the years, which encouraged Seattleites to vote for every tax increase, every civic boondoggle (see again the monorail), and every local candidate Robert McNamara had in his extensive pocket (see Mike McGinn).

And when all else fails? When you finally realize your publication is nearing the end of its noteworthy cycle and holy shit, the internet has arrived? What do you do then?

Look, I freely admit my hands are not clean in all this. I wrote an article claiming I would leave Seattle if the monorail was not built, after all. (I'm still here.) I sat three feet away when Savage corresponded with Christopher Hitchens asking him for 1,000 words in praise of invading Baghdad. I even helped create Hump!, although I have yet to see a penny from it.

I am a very real product of The Stranger, which means my soul is a tattered piece of paper where intelligence has been replaced by bullet holes, but weed and escort ads remain intact. As close to a cautionary tale as you're likely to encounter.

It's too late for me. But on this, the 25th anniversary of The Stranger, you can help stop the cycle of destruction. All you have to do is stop reading. Or you can start up your own paper. Call it Tablet. Or, if you're feeling adventurous, the Urban Spelunker. Just publish something worth reading.

Comments 5
Tags: 25 Years of the Stranger
The Stranger depends on your continuing support to provide articles like this one. In return, we pledge our ongoing commitment to truthful, progressive journalism and serving our community. So if you’re able, please consider a small recurring contribution. Thank you—you are appreciated!
CONTRIBUTE NOW