As Kurt Cobain put it 25 years ago, "everyone is gay," and nowhere is that more apparent than an article in last week's New York Times, "Some L.G.B.T. Parents Reject the Names ‘Mommy’ and ‘Daddy'" by Stephanie Fairyington.

The piece centers on a couple, Amanda Davidson, a 42-year-old artist and writer based in LA, and Isaac Schankler, a 39-year-old composer and Davidson's baby daddy—or, as the couple prefers, her baby abba.

Mx. Schankler remembers reading the queer writer Andrea Lawlor’s essay on identifying as "Baba” (as opposed to some iteration of mother) in Mutha magazine and thinking that “dad” or “daddy” wouldn’t work for them either, so they opted for “Abba.” It means “dad” in Hebrew, providing a link to their Jewish heritage: “It does feel more gender-neutral, or at least doesn’t have quite the same baggage that dad and daddy have,” Mx. Schankler said.

Naming is particularly important to the pair as a means of signaling their queerness, since they “pass” as a straight couple. “We don’t look visibly queer,” Ms. Davidson said, “So in some ways, our choice of names helps us affirm our identities."

Indeed, Davidson and Schankler look, from the photos in the paper, like your typical middle-aged new parents, but, rest assured, they are not. For one thing, Schankler prefers the pronouns they/them and the title Mx. For another, as you will notice from the photo accompanying the article, she's wearing a jacket over her dress, which, the caption tells us, is "gender nonconforming." Very queer.

Now, I will admit that my first reaction to this article was to roll my eyes back in my head and pull out my application to a lesbian seperatist commune in Taos, but then I remembered that it's against the rules to question other peoples' identities (unless that person is Rachel Dolezal) so I reigned in my annoyance.

But then I read it again, and I thought about some lesbian friends of mine back in North Carolina who just had a kid last year. Unlike Davidson and Schankler, who, I presume, used the body parts they were born with to make a kid, my friends had to go about it the old fashioned ways: turkey baster, with sperm purchased from a sperm bank.

That was the easy part.

After the kid was born, however, things got complicated. The couple decided to go through a stepparent adoption so that both moms would have legal rights to the kid that will transfer across state lines and protect the family in the event of moving, death, divorce, or other unforeseen circumstances. It's a cumbersome, stressful, and expensive process, but many attorneys specializing in LGBTQ family law recommend it. And so, this married couple who conceived a child together had to get background checks, have home visits with social workers, get reference letters, sign affidavits attesting to how their child was conceived, and have meetings with the county clerk—all so that Heather, who literally has two mommies, could legally have two mommies.

Now, same-sex adoption laws vary by state, but in many places, it's still an arduous, time-consuming process that no heterosexual couple who birthed a child together would have to engage in. And, in most countries, it's not even an option. It's also something that Davidson and Schankler would never have to deal with, because, regardless of their pronouns, they are still, in the eyes of the law (and, lets be real, society) a plain old heterosexual couple. While I'm sure it is painful for them to be seen as straight when they feel they are queer, every time the New York Times or New York mag or whoever else elevates couples like this, they ignore the very real trials and tribulations that actual same-sex couples go through in a legal system that isn't equipped to handle us.

I realize that I'm not the LGBTQIAS (the "s" stands for "straight") hall monitor, but while everyone and their abba has decided that queerness is more about haircuts and pronouns than who you bone, actual queer people are still second class citizens under the law. As of 2018, only 22 states have full protections preventing housing, employment, and public accommodation discriminination against gay, lesbian, bisexual, or transgender people. And yet, the Times devotes column inches to a "queer" couple whose big struggle was resolved by adopting the Hebrew word for dad. Just an idea, but perhaps the next time the paper of note writes about LGBTQ families, maybe they could actually talk to a few. 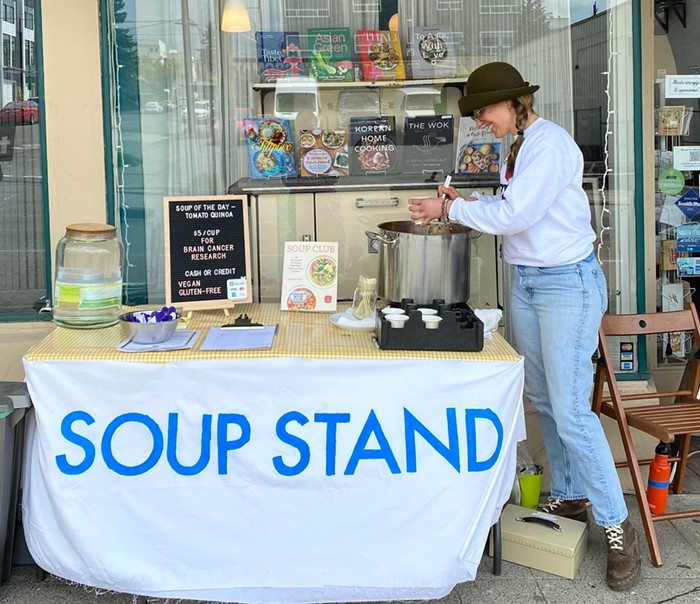