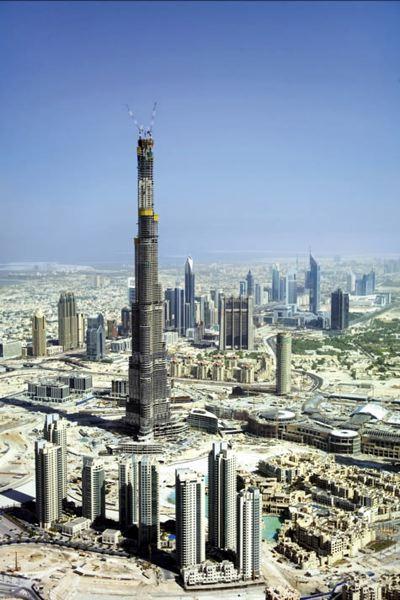 Because "it takes too long to come down to ground level each day to make it worthwhile," a crane operator on the Burj Dubai – the world's tallest building – is rumored to have "been up there for over a year," the Daily Telegraph reports. His name is Babu Sassi, and he is "a fearless young man from Kerala" who has become "the cult hero of Dubai’s army of construction workers." He also lives several thousand feet above the ground.

In the theory of emergence it is understood that complexity has a limit. For example, when the population of an ant colony reaches a certain point, 80,000 or so, changes begin to happen. Army ants swarm another colony or lots of ants move out and wander or start a new colony. What is clear is one behavior ends and another one begins. The crane operator is something like this change in behavior. The skyscraper as an emergent event or property has in Dubai reached its limit and with this limit ends one kind of behavior or use and the emergence of new uses and behaviors.

Also, the crane operator's situation recalls another situation in a play I recently watched and very much enjoyed, Scotto Moore's interlace [falling star].

In this epic blend of science-fiction and fantasy, a mysterious amnesiac finds herself in the lobby of an infinitely tall building located in the center of the multiverse, the headquarters of the United Association of Interdimensionary Travelers. Her unexplained presence sets off a series of increasingly catastrophic events that not only compromise the security of the Association, but threaten to unravel the entire fabric of creation itself!