The Seattle Displacement Coalition's John Fox sent out a gleeful email this morning thanking the city of Seattle for opposing Rep. Sharon Nelson's (D-34) transit-oriented communities bill, which would allow densities of up to 50 units per acre on lots directly adjacent to light rail stops. As usual, Fox's email contains so many distortions it deserves to be looked at point by point.

Fox launches right into his letter with a typically misleading headline. The bill, which is being pushed by the environmental organization FutureWise, wouldn't mandate that builders build 50 units of housing per acre. No legislation can force development to happen. What it does mandate is that around transit stations, and around transit stations only, the allowable net density (more on that in a minute) must be 50 units per acre.

(This bill would require Seattle and other cities to upzone for 17000-20,000 units (50 units per acre) within a one-half mile radius of each light rail or rapid bus transit station in their community - at least 45 such stations around the region. There are six such stations planned for SE Seattle where thousands of low income housing units are located - most occupied predominantly by people of color - and all would be threatened by the upzones mandated by this bill).

While there are indeed (actually 42) stations planned around the region, only 16 of those are in Seattle. Of those, five are in Southeast Seattle. Many are already zoned for the densities Futurewise is requesting. Right next to the Othello station, within the existing zoning, developers are working on a six-story project that will have a density of 175 units per acre. In Northgate, the number of units you could currently build per acre is nearly 100. And the area within a half-mile of the Mount Baker station has existing capacity for nearly 18,000 units, or 55 units per acre. Here's what a typical residential block near the station looks like now: 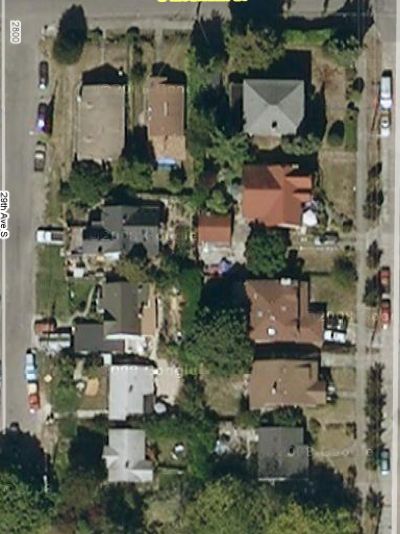 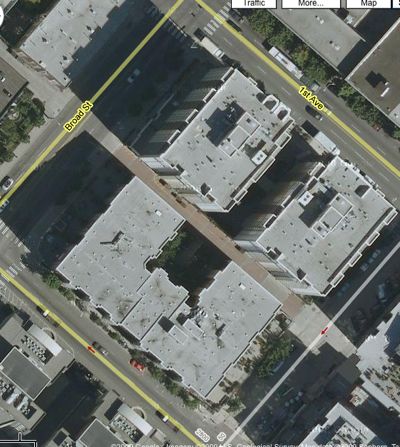 In reality, a typical Belltown block has a density more than four times greater than what Nelson and Futurewise are proposing.

[The] City also wonders what the bill means by "allowable density" and "net density" and calls for (as we have done) language that clarified exactly what these terms mean (this is needed only if the 50 unit per acre mandates remain).

That's a good question. Fortunately, the answer is actually pretty simple, as Dan Bertolet at Hugeasscity has illustrated: Net density, which is what we're talking about when we say "50 units per acre," refers to the total number of housing units divided by the size of the lots they're on. Gross density, which Fox cites to demonstrate that 50 units per acre would represent a massive upzone, divides the total number of units by everything—streets, medians, sidewalks, parks, everything. It's inherently misleading. As Bertolet has documented ably here, a typical single-family block has a gross density of about 6.5 units per acre; look at the actual developable land, however, and you get a net density of around 10 units per acre. Up that to a little more than 50, and you get Rainier Vista, which has a net density of about 66 units per acre. So when we talk about densities of 50 units per acre, we're really talking about three-story buildings, not 20-story condo towers.

Their letter also provides estimates of capacities for several TOD areas which directly brings into question Futurewise assumption that these areas already are zoned for 50 units per acre. The city's letter says current capacities around most TOD's in our nabe's are well below that threshold ...Given that the bill lacks adequate measures to mitigate the impact that these increased densities would have on existing low income housing, such upzones would greatly accelerate levels of displacement within these communities and especially in low income and multi-racial communities in SE Seattle where the gap between current density and densities allowed under the upzones would be the greatest.

The city's letter does include much lower densities than Futurewise's estimates. That's because the city comes up with "assumed housing density" numbers by looking at what sort of development a neighborhood has already experienced—not what sort of development is allowed. And some of their assumptions are way off. For example, the city assumes that only half the space in new developments is residential (the other half is assumed to be office or retail). But most new developments include several stories of apartments (or condos) above one story of retail. Another example: In Southeast Seattle, the allowable density on any single-family lot is two units—one single-family house, and one mother-in-law apartment. But because those aren't that common, the city just doesn't include them. It's no wonder their density numbers are way lower than Futurewise's, which represent what's actually allowed.

Most existing low income housing will not be lost due to demolition - not initially - but due to increased land values accompanying upzones mandated by the bill and added speculative activity - buying and selling - that drives rents up and longtime residents out.

Well, here we are again. Speculation—"buying and selling"—is happening anyway. People buy and sell houses; density increases. That's how cities work. Focusing that density near transit stops—and providing affordable housing in the process, although Fox doesn't think the legislation goes far enough—just makes sense. Futurewise's bill acknowledges the inevitable (you can't stop people from moving here) and channels that growth in a smart way: Around transit stations that allow people to live and work in the region without being completely dependent on their cars.

Comments 34
Tags: Blogs City
The Stranger depends on your continuing support to provide articles like this one. In return, we pledge our ongoing commitment to truthful, progressive journalism and serving our community. So if you’re able, please consider a small recurring contribution. Thank you—you are appreciated!
CONTRIBUTE NOW