SIFF Picks of the Day 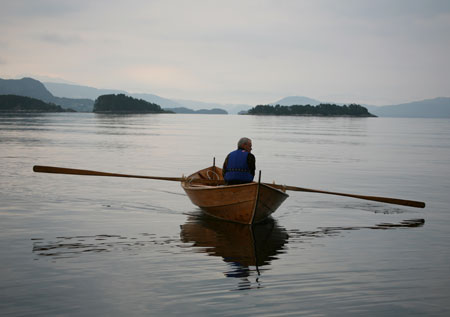 A guy named Sven read an article in The New Yorker that changed his life. The article was Elizabeth Kolbert’s “The Darkening Sea,” which took the popular understanding of global warming (bad stuff going into the air) a step further—as Kolbert points out, eventually “whatever is in the air falls into the ocean.” Now oceans are acidifying and shellfish and other creatures are dissolving, including one bouncy, gorgeous little wisp of an animal you’ve never heard of that baby salmon feed on. The impact to the food chain, to the coral reefs, to the future of life itself make the scientists Sven interviews stare into the middle distance in terror.

(It's also playing tomorrow night in Kirkland, but if you want to see it in Seattle, you'd best go tonight.)

Two 10-year-old Maori twins (a boy and a girl) deliver eggs for their hardworking parents every day, all over town. The landscape is what you notice, not the kids: the natural wealth of the dramatic New Zealand coastline, the relative material poverty of the people living there. You also notice the fascinating Maori traditions and language: the men touching noses as a greeting, the songs, the people who live in the mist. And then a freak accident interrupts the reverie, and the characters find themselves wrapped in a mist of grief. The details are subtle and honorable.

Barry Pepper is the unforgettable star of this film: the violent, alcoholic husband who beats his wife, goes to jail for seven years, then decides when he gets out that the only way to make up for what's been lost is to get back their son—the son that his wife (Mira Sorvino) gave up for adoption without telling him while he was in the pen (she forged his signature). The problem, of course, is that the kid has spent his entire happy little life with a wealthy couple in Florida. It is not terribly surprising that tearing him away and giving him to unstable strangers in an Ohio trailer park turns out to be a questionable proposition. But the so-so plot isn't the point here, the acting is. (There also is a shower scene just about as harrowing as, though totally different than, the one in Psycho.) Pepper and Sorvino are tremendous.

This French film seems slight at first: three adult siblings (Charles Berling, Juliette Binoche, and Jérémie Rénier), two of whom live abroad, must decide what to do with their recently deceased mother’s country home and art collection. But Olivier Assayas (Demonlover, Boarding Gate), a restless, intelligent filmmaker, opens up the story to larger implications, producing a lovely, meditative examination of globalization’s impact on family and culture. The rigorously naturalistic filmmaking turns ponderous at times, but the movie is infused with the sadness — and inevitability — of passing time and changing ways.

It's also your last chance to see Trimpin: The Sound of Invention, which Jen Graves recommends:

A few years ago there was a huge survey of the artist Trimpin's works all across the Northwest. The trouble was, Trimpin's works are mostly very large, and make a lot of sound (they're sound sculptures!), and so you only got to see one thing at once: this at the Henry Art Gallery, that at Seattle Asian Art Museum, those at Tacoma Art Museum and the Museum of Glass. You also didn't get to meet the man. In this documentary, you get it all. All of his works, a look at his file of 30 years of "Fuck You Letters" (marked suchly), and even a trip back to his native Black Forest to meet his father and sister, who are alternately mildly impressed and mystified by their infinitely tinkering relative.

Other worthy films include Marcello, Marcello (" charming and sunny, taking full advantage of colorful seaside Italy"); Mid-August Lunch ("The sun is out, the streets are clear, the motorbike smoothly turns this way and that"); and A French Gigolo ("A handsome young Frenchman secretly turns tricks to support his wife’s new business enterprise").

Comments 5
Tags: Blogs SIFF
The Stranger depends on your continuing support to provide articles like this one. In return, we pledge our ongoing commitment to truthful, progressive journalism and serving our community. So if you’re able, please consider a small recurring contribution. Thank you—you are appreciated!
CONTRIBUTE NOW