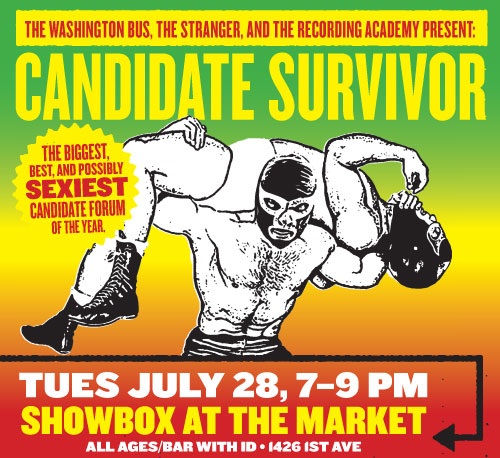 Last night was awesome. The candidates were all great sports, and I think we all learned a lot about democracy, track suits, robots, and Sally Bagshaw's sexuality. And now, the highlights.

We weren't fast enough to type every candidate's original haiku (or, you know, almost-ku), but we managed a handful.

Come on. Just look at it again: 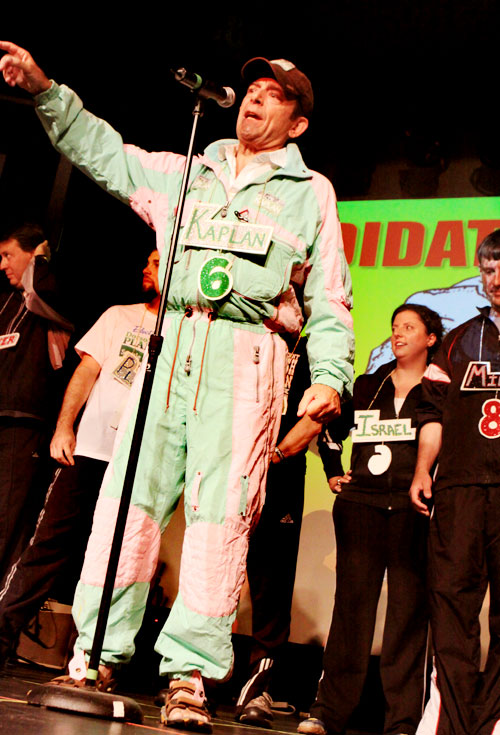 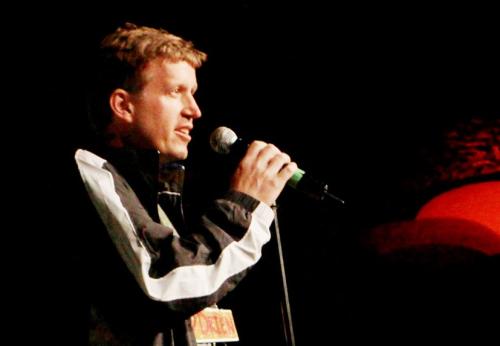 "Put your face into a human space/and you'll create a space/that you cannot replace/There's a movement coming/and it'll keep on coming/Together we will work/and no one will be a jerk. There'll be a place for all/AND WE WILL CONQUER SPRAWL."

"This is a comprehensive solution. This isn't a tunnel." - Sally Bagshaw (crowd jeers)

"I don't want the American Chem Council coming into our city. I never have." - Jessie Israel (moments after agreeing with the fact that she disagrees with the bag tax, even though earlier in the evening she was on the yes side of the bag fee on stage—so, in other words, she will now vote to keep it after campaigning for months that she would vote to remove it?)

"The economy is the issue that no one is talking about." — Bobby Forch

"This is the music capitol OF THE WORLD and we have to recognize it!!!" — Licata

"I have a passion for social justice...I am not afraid to stand up to the corporate establishment." - David Bloom

"Is there anyone in the world who's like, 'Nah, I'm not really that into social justice. Just don't care for it.'?" - Lindy West

Comments 12
Tags: Blogs Politics Drunk
The Stranger depends on your continuing support to provide articles like this one. In return, we pledge our ongoing commitment to truthful, progressive journalism and serving our community. So if you’re able, please consider a small recurring contribution. Thank you—you are appreciated!
CONTRIBUTE NOW