Mary P. Traverse
Back to article

1
Did they also find the bones of any early christians riding on them? 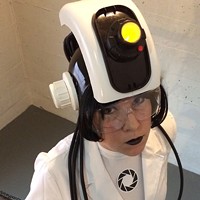 5
I once worked with a Christian who earnestly told me that dinosaurs and humans were alive at the same time, it's just dinosaurs lived on the other side of the planet. True story. I didn't even bother to argue.
Mary P. Traverse on June 22, 2010 at 1:02 PM Report this

7
@2: That's because the North American continent, which was in a very different shape (connected to other current continents) and place (in the tropics), would have been a good place for reptilian habitation. Also, without looking it up, the global temperature then was also a bit higher than it is now, making the tropical climate zone a bit more than what it is now.
Telsa on June 22, 2010 at 1:24 PM Report this

11
The dinosaurs were trying to escape from Jesus, who was trying to herd them using some golden tablets he lost further south ...
Will in Seattle on June 22, 2010 at 2:08 PM Report this

12
This reminds me, a guy once told me in philosophy class in college that he didn't understand how human could have descended from chimps, seeing how 2000 years of evolution since the creation of the Earth was not enough time.

13
@6: Many ceratopsians (as well as many other large herbivores, such as hadrosaurids) traveled in large herds. Some of them were VERY large herds; there's a notable Maiasaura peeblesaurum bone bed known as "Camposaur" that contains, by John R. Horner's estimate, the remains of somewhere upwards of 10,000 individuals. (Camposaur is probably the result of a volcanic eruption followed by a mudslide or inundation of some sort.) And all that was found in Camposaur besides Maiasaura was the odd carnosaur tooth and one unidentified specimen in a fossilized mudball.

@7: What is now Canada was not in the tropics during the Cretaceous. However, there was a huge inland sea running through North America (more or less where the Great Plains are now), carrying warm tropical water northwards, and the temperature was warmer overall, as you pointed out.
We've found dinosaurs in Antarctica, even, due to the wonder of a higher global temperature.
Also, dinosaurs were either warm-blooded or, as was probably the case with the larger varieties judging by how elephants regulate their temperature, relied on their bulk to keep them warm. Dinosaurs were not nearly as dependent on temperate climates as are other reptiles.
venomlash on June 22, 2010 at 2:12 PM Report this

14
@13: It all really boils down to what period in the Cretaceous these fossils were preserved. The late Jurassic/early Cretaceous placed that terrain about where Chicago's latitude is now, whereas late Cretaceous had the huge inland sea covering Texas and the Great Plains. By then, the latitude was still a bit south of Seattle's current latitude. So a lot of drift.
Telsa on June 22, 2010 at 2:52 PM Report this

15
If only they would reserve a portion for amateur paleo-enthusiasts/tourists to dig.
Vince on June 22, 2010 at 5:05 PM Report this