Some Things I Have Seen While Riding a Bicycle in Seattle 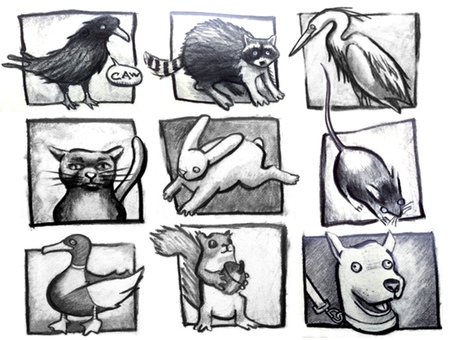 2. Humans: Dapper man who looks like Sigmund Freud walking every morning below the Fremont bridge, hands behind your back, you don't believe in smiling. I dig you! Very great big guy riding your recumbent bike through Fremont, rock on! Man who looks just like Tobias Wolff: Are you Tobias Wolff?

More after the jump!

3. Last year, in mid-summer, a naked woman appeared on the Burke Gilman trail, and two naked men, too, though it seems like it’s more difficult not to see naked guys in public than to see them.

These particular naked people were holding cardboard signs to promote the World Naked Bike Ride, which is not to be confused with the more famous and colorful Solstice Day Parade, although both of these events involve people sitting on bicycle seats with no underwear, which is why you have to be careful purchasing second-hand bikes.

It was a beautiful day, and the path was crowded with cyclists and pedestrians. People stopped to talk to them and to take pictures, but I am nervous and repressed, and anyway, what is there to say to a naked woman on the bike path? So I kept pedaling and kept my eyes straight ahead.

4. Early one inky black morning in the winter I decided to jag left before Volunteer Park and found myself riding along the edge of the cemetery. I am easily spooked–as a kid I could not watch movies that were even a little bit scary, and still today I have to fortify myself before walking down into a dark basement–and so I wanted to turn back, but then I told me, seriously, don't be a doofus. You are an adult. What do you think is going to happen? Nothing, that's what. Continue pedaling. 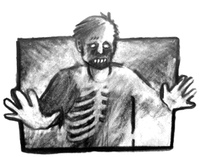 On my right was the cemetery, and on my left an open field. Right here, actually, except you have to think of it in the dark. That is where the zombie was, arms outstretched, head cocked at an odd angle, slow and awkward footsteps, walking toward me in herky-jerky 50's-era zombie style. I turned around and quickly pedaled back the way I had come.

In the spring when the sun was rising a little earlier in the morning I decided to give the cemetery another go, and as I rode past that same field, in the same spot, at the same time of day, I saw an elderly lady, arms outstretched, head cocked at an odd angle, slow and awkward poses, doing Tai Chi. I know what you’re thinking: Tai Chi woman killed the zombies with karate and now rules over the graveyard. Exactly. 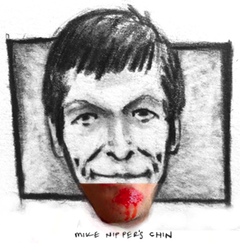 5. I started commuting by bike mostly because of Stranger superstar Mike Nipper, who made me aware that it was possible. He has been riding forever, rides farther and faster than I do, rides every day, always. Nipper eschews biking gear in favor of various inventions of his own, so when I am riding down the street looking like every other cyclist he is styling it in skinny jeans and some kind of shoes which are a thing, some kind of fashionable shoe thing that is unfamiliar to me.

Anyway! I am a knees and elbows kind of guy, but when Nipper crashes he likes to land right on his face. Like, right directly on it. I've got a picture of his chin here, that's really his chin, but there have been other more legendary faceplants, and I have to chalk it up to a kind of fearlessness: whereas I expect to crash and so am always flailing, Nipper likes to go head-first and get right to the point of crashing. On his face. 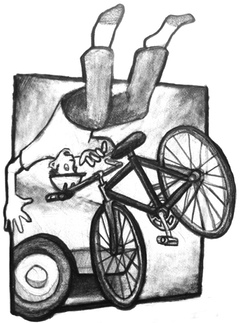 6. And speaking of bicycle accidents, there was a twenty-year-old kid flying down 10th Avenue. Okay, first, let me say that for those who are lucky enough to have it as part of their commute, flying down 10th Avenue is the best. Get up some speed and the air rushing into your face makes your eyes water, and there are the Olympics to the left, Cascades to the right, and just as you hit top speed there is Pagliacci and the smell of fresh-baked pizza.

So the ride down the hill is spectacular but you have to look out for traffic; most dangerous are drivers suddenly turning to the right directly in front of you, or worse, directly into you. That is what happened to the twenty year old kid: Plah! Right onto the hood of a Buick, face first. He stood up afterward, dazed and unhappy, and the old couple who ran him down looked terrified. He appeared to be healthy and alive, though in these situations I can never help thinking of the kid in the movie Short Cuts who got run over by Lily Tomlin and then walked away, apparently unhurt, only to die later in the day of a brain hemorrhage, causing Andie MacDowell to have to crawl around on the floor of a bakery with Lyle Lovett. All of which is to say, I hope the kid on the bike is still alive and I hope that when he rides down 10th Avenue these days he keeps an eye out for right-turning cars.

7. I ride to work pretty early, and riding through Volunteer Park I used to see cars lined up and idling. I used to think that these people craved solitude, just like me. They came here to the park in the early morning to get their alone time and think about life for a bit before they went to the office. These were my people.

But no, I was naive. I was riding along the loop one morning when a woman flagged me down. She was in her fifties, decked out in Eddie Bauer, shaggy dog on a leash. She said, "It's much better since they closed the loop, don't you think?"

"They put posts at the entrance, you can't drive in here anymore. It's to keep people from cruising."

It was true that I hadn't seen anyone idling on the loop lately. "Cruising?" 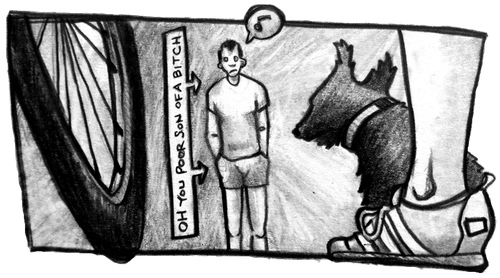 I turned around to see someone come stumbling out of the bushes a hundred feet away. Mercifully, he was clothed. Good looking kid, crew cut, looked like he could have been in the Army. He put his hands in his pockets and started walking down the road trying hard to generate an aura of nonchalance; he may as well have been whistling.

All I could think to say to the woman was, "Huh. I did not know that." Why had she flagged me down? What did she want from me? I didn't know that either, and we were only standing there awkwardly watching this kid walk away, so I said, "Well, have a good one!" and pedaled away.

She struck me at the time as a busybody who had come to the park to cast scorn, but I wonder if she wasn't maybe only frightened and I wish I hadn't ridden away like that. I felt bad for the woman for having stumbled across this kid, bad for the kid and his missing dignity, and I felt bad for the dog because dogs can't understand English and so never know what the hell is going on.

8. I saw a book, lying in the road. Specifically, this book: 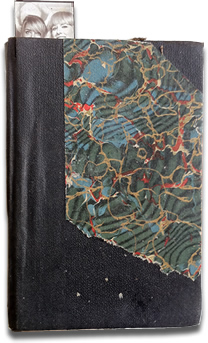 If it's yours, tell me and I'll give it back to you.

Comments 44
Tags: Blogs Nerd Transportation
The Stranger depends on your continuing support to provide articles like this one. In return, we pledge our ongoing commitment to truthful, progressive journalism and serving our community. So if you’re able, please consider a small recurring contribution. Thank you—you are appreciated!
CONTRIBUTE NOW