Once Again, Seattle's Most LGBTQ-Friendly Public School is Under Threat 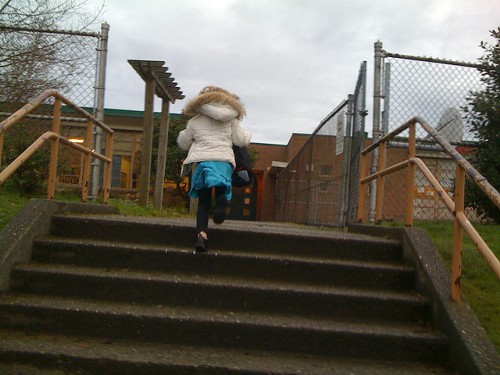 Alternative School #1 is probably the only school in Seattle where you can learn about the persecution of gays during the Holocaust. Or where you will find separate bathrooms for transgender students.

Little wonder then, that a proposal from Seattle Public Schools to close this K-8 program as part of ongoing efforts to create a new student assignment transition plan has alarmed parents. Because the new student assignment plan established in 2009 led to overcrowding in some Seattle schools and left others underutilized, the district is working to fix the quirks in capacity management. AS#1 was picked because of dwindling enrollment numbers—the number of students dropped from 211 to 150 over the last four years. The building, said SPS's Manager for Planning and Enrollment Tracy Libros, could be better utilized for preschool development.

Libros stressed that nothing was set in stone yet. "It's just an option," she said, adding that no recommendations have been made to the school board because the district is still gathering community input. The board will look at the district's final recommendations on Jan 5 and vote on whether to approve them two weeks later. But for AS#1 parents, some of whom are still scarred from the experience of seeing the school on the chopping block three times before—the most recent one being the 2008 school closures—this provides little comfort.

What is even more alarming for them is that SPS has not announced what it wants to do with current students if AS#1 does close. Lebros said the district would present some ideas to the board on Dec. 8.

A small group of concerned parents launched a grassroots level campaign immediately after learning about the district's proposal three weeks ago. They have already won the support of school board directors Betty Patu and Kay Smith-Blum, while some others have flatly refused. The group's argument about why they want to keep AS#1 open is simple: the school provides the kind of curriculum and environment that can't be found anywhere else.

"It's the only school in the Seattle public school system that addresses the needs of LGBTQ children and families," said Bergen McMurray, an AS#1 parent who is spearheading an online campaign to save the school. "It's not fair to target declining enrollment numbers when you are looking at a school that serves minority populations." Bergen's son Dayde comes from an alternative family structure and is bi-polar, often bursting into fits of rage. But where other schools have failed, AS#1 has succeeded. After a year at AS#1, Dayde is a much calmer and happier child.

More on AS#1 after the jump

In addition to incorporating LGBT materials into their curriculum and partnering with organizations such as Glisen, Gay City, and the Pride Foundation, AS#1 follows a kinesthetic learning style, encouraging students to take a more hands-on approach. It is also the only middle school which partners with Northwest Pacific Ballet, and conducts a coming-of-age program for eighth graders where they learn outdoor skills. "I am a big fan of their program," said Smith-Blum. "We cannot afford to lose it."

Interactive lessons, flexible schedules, and a creative spirit prompted Chris Simpson to take his son out of private school and enroll him at AS#1. "My first reaction was one of shock," Simpson said of SPS's proposal. "I would not have come to SPS if AS#1 was not there. It was important to me that my son be in an environment that would be supportive of him in whatever way he wants to identify himself."

"Teachers and students have the most academic freedom I have seen in any public school," said AS#1 teacher Josephine Cripps. "As long as students do well in state tests we are free to choose how we relay information." For example, Cripps gets an entire semester to teach about genocide or the Holocaust in detail, something she says would not be possible in most schools.

Reading and writing scores have improved dramatically at the school over the past year, but in spite of it, student morale is at an all time low. "I am just so afraid about what will happen next year," Cripps said. "There is a feeling among students that we are a 'failed school,' a 'failed community.' I tell them that it has nothing to do with their progress, but it's still very scary."

A number of parents dropping their kids off at AS#1 today morning after the week-long break admitted that the sense of uncertainty about whether the school would remain open next year puts a damper on future plans and enrollment. "My son and I talked about it, and I told him that they were thinking of closing it once again," said Kirk Laughlin, parent of a third-grader at AS#1. "I tried not to alarm him, but it's hard not to ignore it. It will be a great blow to the school district if the school does close."

Comments 38
Tags: Blogs City
The Stranger depends on your continuing support to provide articles like this one. In return, we pledge our ongoing commitment to truthful, progressive journalism and serving our community. So if you’re able, please consider a small recurring contribution. Thank you—you are appreciated!
CONTRIBUTE NOW