Can we see in the Mohamed Osman Mohamud story (he is the Somali-American student who plotted to bomb a Christmas tree event in Portland, Oregon) something that is not unrelated to the story in The Truman Show? From the Oregonian:

Ultimately, an FBI undercover operative contacted Mohamud in a June 2010 e-mail under the guise of being an associate of the first unindicted associate.

Mohamud and the FBI operative agreed to meet in Portland a month later. Mohamud allegedly told the FBI operative that he had written articles that were published in Jihad Recollections, an online magazine that advocated holy war.

Mohamud also indicated he intended to become "operational," meaning he wanted to put an explosion together but needed help. The two met again in August 2010 in a Portland hotel.

"During this meeting, Mohamud explained how he had been thinking of committing some form of violent jihad since the age of 15," the affidavit says. "Mohamud then told (the FBI operatives) that he had identified a potential target for a bomb: the Christmas tree-lighting ceremony in Portland's Pioneer Courthouse Square on Nov. 26, 2010."

The FBI operatives cautioned Mohamud several times about the seriousness of his plan, noting that there would be many people, including children, at the event, and that Mohamud could abandon his plans at any time with no shame.

Mohamud allegedly responded he was looking for a "huge mass that will ... be attacked in their own element with their families celebrating the holidays." Truman thought he was an ordinary man in an ordinary town—and then the boat hit the truth of the sky. Mohamud thought he was an international terrorist. He really believed in the world that was constructed for him by the FBI—and then he dialed the cell phone and no bomb exploded, no people screamed, no burning prams rolled down the street. The appearance of the FBI agents was the reappearance of the real world. 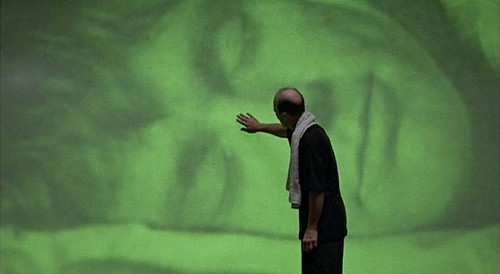