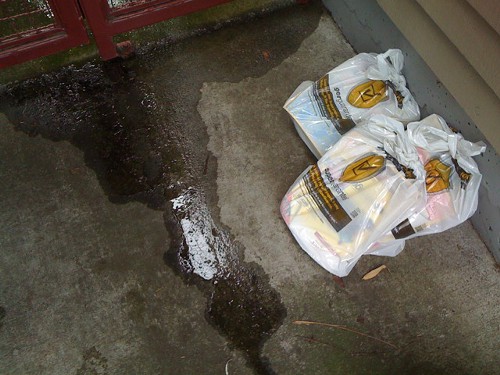 The Seattle City Council today eliminated a fee from the yellow pages ordinance that would have required phone book companies to pay a $148 recycling charge for every ton of yellow pages they distributed in the city. The council did this as an amendment to the city's original yellow pages opt-out legislation, which bans phone book publishers from sending yellow pages to anyone on a city-regulated opt-out list.

Council Member Mike O'Brien, who sponsored the legislation, said that the recycling fee was dropped because of ongoing litigation. Yellow pages publishers sued the city in November, charging that the ordinance violated their free speech rights. In a response (.pdf) filed late today to the yellow pages lawsuit, the city said that it had struck down the recycling fee. I asked O'Brien if the lawsuit had scared the council shitless into dropping the fee and shifting the onus of paying for recycling on the city once again. "We have the legal right to impose a recycling fee, but it wasn't the most important part of the opt-out ordinance," he said. "It was just making things complicated." He added that the council had acted on the advice of the city's legal counsel. They had not reached any kind of agreement with the yellow pages publishers.

So does the ordinance still carry as much weight as before sans fee? Of course, O'Brien said. The most important thing was to prevent yellow pages publishers from dumping junk outside people's homes, and the opt-out legislation was already doing that, he said. But, wouldn't a fee have made those yellow-bellied bullies respect that law even more? O'Brien had been pretty adamant about the recycling fee while crafting the legislation, so I am surprised (and even a little disappointed) that he agreed to drop it just to appease the likes of the yellow pages folks.

O'Brien said (and the Yellow Pages Association confirmed) that it was unlikely that the yellow pages publishers would drop the lawsuit because there was no fee involved. "They are still concerned about other parts of the legislation," O'Brien said, mainly the city-run opt-out website and a 14 cent fee for every phone book delivered that would go toward its maintenance.

Comments 14
Tags: Blogs City Enviro
The Stranger depends on your continuing support to provide articles like this one. In return, we pledge our ongoing commitment to truthful, progressive journalism and serving our community. So if you’re able, please consider a small recurring contribution. Thank you—you are appreciated!
CONTRIBUTE NOW