Before Saturday was half over, Geek Girl Con had sold out of every kind of pass for both days. (I myself made the mistake of buying only a Saturday pass, figuring I'd pick up a Sunday pass on my way out if I wanted to return... bad move.) Geek girls of all ages/colors/sizes/orientations/interests were there in force, along with a healthy number of male supporters. Though GGC was on the smallish side compared to other cons, it was busting at the seams and clearly next year they're gonna need a bigger boat.

I attended a few panels, my favorite being "Feminism, Race and Geek Culture: Perspectives from Women of Color". The room was packed and the conversation good natured and engaging. I look forward to seeing this panel repeated with a wider range of speakers, it's a topic that needs further discussion.

Another panel I attended was "Stunt Grrls"... did you know we have a bunch of local stunt women?! And did you know that you (yes, YOU!) could be a stunt person? One woman asked, "What exactly is considered a stunt?" The answer: "Anything the actor can't or won't do." Can you twirl a pencil or run on wet pavement in high heels? Then stunt coordinator Sherril Johnson wants to talk to you. Kick ass!

And most importantly there were the nerds themselves: it filled my heart with joy to see women in their 60s as well as teen and tween girls all gleefully letting their geek flag fly. It made me wish I'd had a con like this when I was all awkward and 14 and hiding my obsession with dinosaurs. (Note to teen me: it gets better!) Some were in jeans and tees, some in geek-chic, and of course plenty were in costume... photos of some of my favorites after the jump! 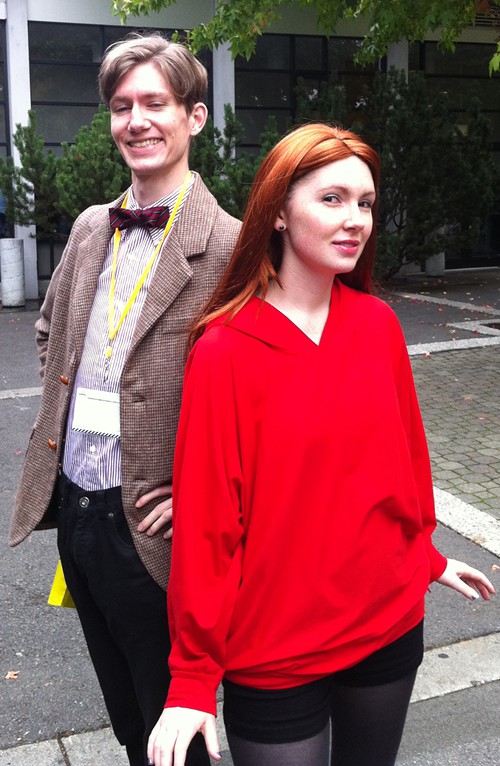 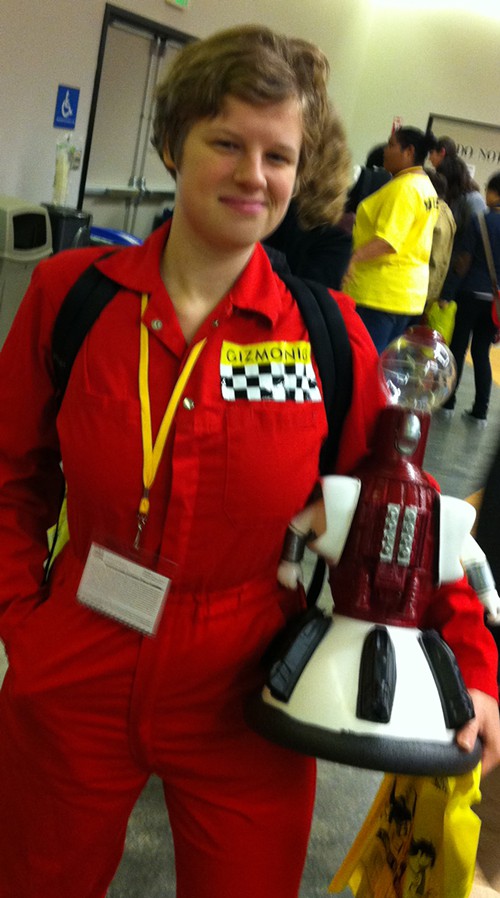 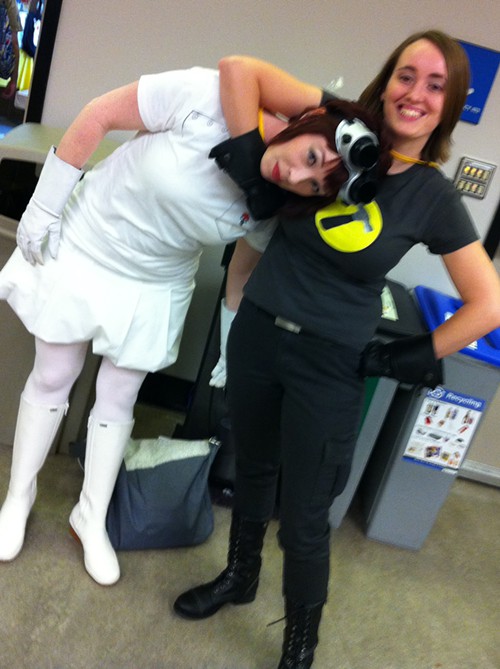 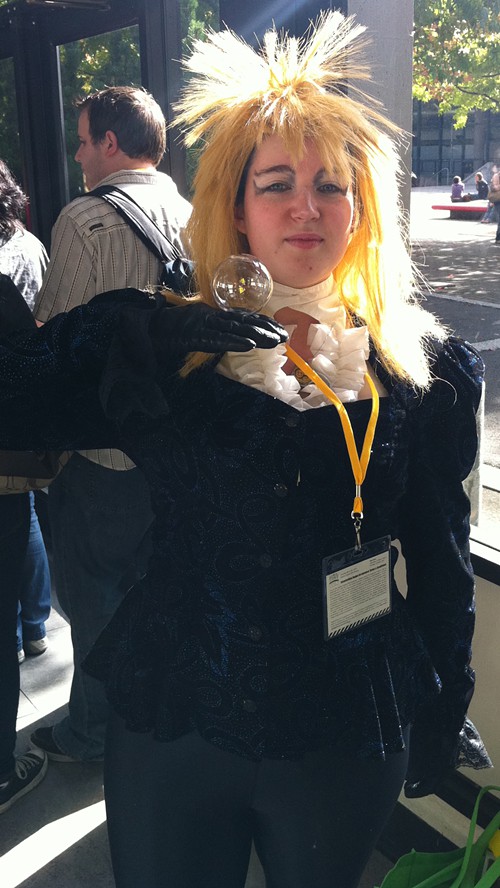 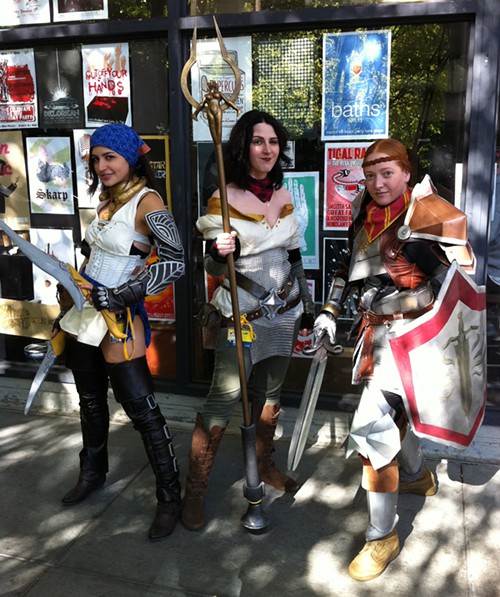 Comments 9
Tags: Blogs The Ladies Nerd
The Stranger depends on your continuing support to provide articles like this one. In return, we pledge our ongoing commitment to truthful, progressive journalism and serving our community. So if you’re able, please consider a small recurring contribution. Thank you—you are appreciated!
CONTRIBUTE NOW