Cops to Distribute Bags of Chips at Hempfest (Really!) 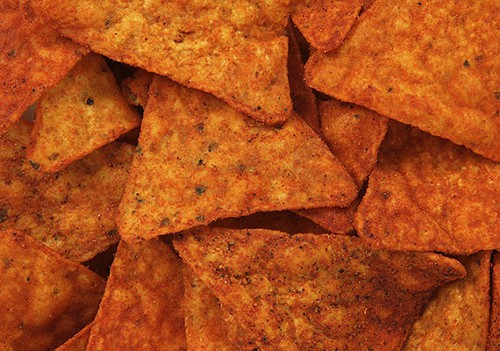 As thousands of stoners prepare to convene at the world's largest pot rally this weekend, the Seattle Police Department is planning to distribute information to Hempfest attendees about the state's new legalization law—on stickers attached to bags of chips.

Because while stoners have no problem ignoring a leaflet, police recognize that it's nearly impossible to turn down a bag of Doritos. "Distributing salty snacks at a festival celebrating hemp, I think, is deliberately ironic enough that people will accept them in good humor," says police department spokesman Sergeant Sean Whitcomb. "We want to make sure people learn the rules and that they respect the vote."

The labels on the snack-sized bags will direct festival attendees to the SPD's post-legalization FAQ titled "Marijwhatnow?" which went viral last November, reminding citizens that possessing up to an ounce of pot is allowed, but selling and growing the stuff remains illegal (until licenses are issued later this year by the state).

With funding for the project coming entirely from the privately run Seattle Police Foundation, police say they plan to distribute about 1,000 bags of Doritos over the weekend.

Comments 0
Tags: Blogs Weed
The Stranger depends on your continuing support to provide articles like this one. In return, we pledge our ongoing commitment to truthful, progressive journalism and serving our community. So if you’re able, please consider a small recurring contribution. Thank you—you are appreciated!
CONTRIBUTE NOW