This guest post is by Ramez Naam, who writes science and science fiction.

Consumers clearly want to know whether their food contains genetically modified ingredients. Given that huge interest, foods containing GMOs should be labeled. I’ve written as much before at the website of Discover magazine, trying to persuade scientists that they should support GMO labels.

But Initiative 522 is the wrong way to do it. I-522 mandates that any food containing genetically modified ingredients state so "conspicuously on the front of the package." Yet the scientific consensus on GMOs is that they’re just as safe to eat as any other food. The estimated number of people killed per year from GMOs is exactly zero. Meanwhile, excess consumption of sugar and fat in the United States is estimated to cause hundreds of thousands of deaths each year. Yet sugar and fat are only noted on the back of the package, in the ingredient label. Nuts and shellfish, which are potentially lethal to some eaters, are also noted only on the back, in the ingredients label.

The front-of-package mandate in I-522 isn’t a reasonable attempt to inform consumers. It goes above and beyond that, to place a burden on GM foods that isn’t placed on tremendously more dangerous ingredients. It’s an attempt to tap into fear of GMOs, to drive them off the market, by making them, in the initiative’s words "conspicuous." 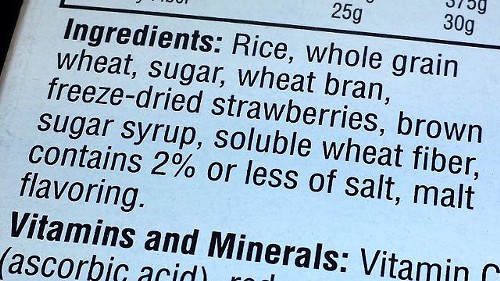 You may be thinking: But GMOs are more dangerous than sugar, fat, nuts, or shellfish! And you wouldn’t be the only person to think that. But that’s not the scientific consensus.

Every mainstream scientific and medical body that’s looked at the safety of GMOs has found them as safe to eat as conventional and organic foods:

• The American Medical Association finds them so safe that they’ve rejected labeling entirely.

• The National Academy of Science, the premier scientific body in the United States, reviewing hundreds of studies, has found them safe to eat.

• The American Association for the Advancement of Science, the largest organization of professional scientists in the US, says “the science is quite clear” that GM foods are safe.

• In Europe, where GMOs are even more feared than in the United States, safety has been affirmed by a review of hundreds of studies by the British Royal Society of Medicine, by more than a decade of studies involving 500 independent research groups funded by the European Commission, and by a massive Italian review of 1,837 studies of GMO safety.

• Even the supreme court of France (where GMOs are hated) struck down that country’s ban on GMO planting, ruling that the government had shown no believable evidence of any harm to either humans or the environment.

• Indeed, the National Academy of Science has also found that, in general, genetically modified crops have been kinder to the environment than conventional crops. Farming, in general, is hard on nature, but as their report says, “Generally, GE (GMO) crops have had fewer adverse effects on the environment than non-GE crops produced conventionally.” The report found that Roundup, the pesticide everyone loves to hate, is actually many times gentler and less toxic than the pesticides it replaced, and that GMO-planted farms tended to till less to destroy weeds than other farms, and thus saved fuel, reduced carbon emissions, and reduced the loss of moisture and life from their soil.

All of this, I suspect, is at odds with what you’ve heard. And, despite the links to the most credible scientific and medical organizations in the world (as opposed to the few fairly fringe scientists who campaign against GMOs), you may not believe everything I’ve written here right away. That’s fine. Read the links at your leisure. You may even think I’m a paid Monsanto shill. I’m not. I hold no stock in any agricultural or biotech company and receive no money from them in any way.

Even if you don’t accept the scientific consensus right away: know that one exists. That doesn’t change the fact that you have the right to choose what goes into your body. You do. Of course, you already have ways to choose to eat non-GMO foods already. You can purchase foods labeled organic, none of which contain GMOs. You can purchase foods that proudly proclaim that they’re GMO-free. Consumers who want to eat GMO-free have options already, with no added law whatsoever.

Doing so on the front of the package, though, where virtually nothing else is required, while far more lethal ingredients are mandated only on the back, sends an entirely different message. That would call out GMOs in a way that’s dramatically out of proportion to the real risk, and far beyond what’s needed for consumer choice. That’s not about a right to know. It’s about fear. It’s misleading and it ought to be rejected.

Comments 157
Tags: Blogs Politics
The Stranger depends on your continuing support to provide articles like this one. In return, we pledge our ongoing commitment to truthful, progressive journalism and serving our community. So if you’re able, please consider a small recurring contribution. Thank you—you are appreciated!
CONTRIBUTE NOW