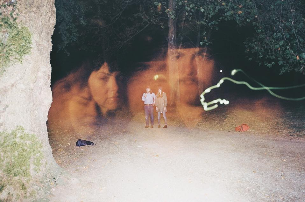 DUTCHESS AND THE DUKE RETURN
Dutchess and the Duke and Co. @ Tractor Tavern
The reunion of the Dutchess and the Duke is one of my very favorite things that happened in music in 2014. No one makes beautifully raw acoustic heartbreakers quite like this two-piece, made up of faux-royals Jesse Lortz (the Duke!) and Kimberly Morrison (the Dutchess!). On hiatus since October 2010, Lortz and Morrison make the absolute sweetest melodies when they are harmonizing together, just the two of them. They’re reunited and it feels so good. And S (Jenn Ghetto) and Ephrata are also on tonight’s bill. KELLY O 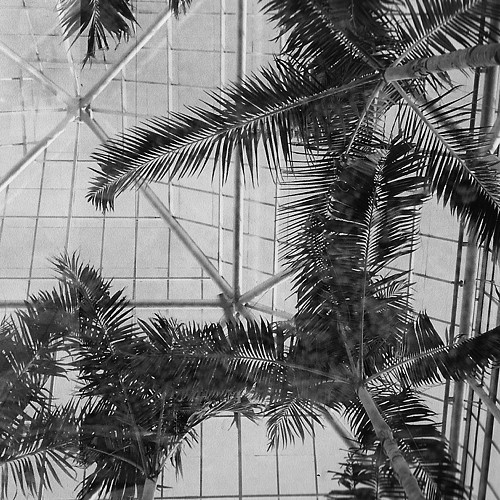 GOIN' TO TACOMA FOR SOME MEGA BOG
Mega Bog & Co. @ New Frontier Lounge
First things first: This show is in Tacoma. But hear me out: Tacoma still has old buildings and an arcade! And I haven’t been to this venue, but maybe we can take its name as an omen (what venues are still open in your neighborhood?). Mega Bog is the project of Seattle singer/songwriter/mover/shaker Erin Birgy. With an ever-changing collection of friends filtering in and out of the band, Mega Bog’s sound varies, but you can probably expect honest and dreamy experiments in pop music that are the best kind of bonkers. Also not to be missed: Brooklyn’s EZTV, who know their way around a melody and make softened power-pop reminiscent of an even more chilled-out Teenage Fanclub. EMILY NOKES

DISCO: LONDON HITS CHOP SUEY
DJ Rescue and Zia McCabe @ Chop Suey
The night after Christmas is ripe for letting rip after fulfilling family obligations and grimacing through awkward conversations with relatives you rarely see. At Chop Suey tonight there’ll be a convergence of two Britpop DJ parties—London Loves and Beautiful Ones—to help you dissipate some holiday angst. Did you know that Zia McCabe, keyboardist for Portland psych-pop band the Dandy Warhols, has been DJing for the last 13 years under the name Rescue? She reputedly has a serious and diverse vinyl collection, which she’s used to spin all over the world. In addition to Britpop, expect to hear ’80s new wave, indie dance (bet your last dollar Stone Roses’ “Fools Gold” gets aired), and that most obscure of genres, “rock ’n’ roll.” DAVE SEGAL

THE UNAFFECTED SOULFULNESS OF SARA GAZAREK
Sara Gazarek @ Jazz Alley
Sara Gazarek is a jazz singer who has roots in Seattle. She is currently based in LA. She got her proper start in jazz at Roosevelt High School, expanded her knowledge of the art form at Thornton School of Music, released her debut, Yours, in 2005, and has won many awards. What makes her interesting to me is that she has a style, a manner of singing, that has an eroticism that's not exotic at all but instead draws from what many would consider to be an unexciting region of American life—the white middle class. Gazarek can swing, for sure, and there is a lot of soul and technical sophistication in her work, but it also has a flame, a passion, that's wonderfully, even beautifully plain (by US standards). This is not an easy thing to express. I do not want you to get me wrong. I'm a fan of her approach. Maybe one should just hear her albums, and in particular Return to You, to get a sense of my meaning.
But know that a weaker artist would never turn to middle-class-white mode for this kind of lusty inspiration, turn to the comfortable home, the two-car garage, the dinners at restaurants with favorable Yelp reviews, and so on to excite the Eros of a listening audience. A weaker artist would appropriate the easily recognizable and coded passions of the South, of the sunny climes. Gazarek is not breathy or even bluesy. She hides and makes up nothing. She sings as exactly who she is—a sensual white American. Gazarek also works with a very talented pianist, Josh Nelson. He handles that instrument with the ease that a stream flows over pebbles in the sunlight.
CHARLES MUDEDE

Comments 0
Tags: Blogs Events
The Stranger depends on your continuing support to provide articles like this one. In return, we pledge our ongoing commitment to truthful, progressive journalism and serving our community. So if you’re able, please consider a small recurring contribution. Thank you—you are appreciated!
CONTRIBUTE NOW