Our Critics' Picks for Today

HATEBREED'S WORKING-CLASS HARDCORE
Hatebreed and Co. @ Studio Seven
For the past 10 or so years, Hatebreed have been criticized for essentially making the same album. Sure, their stripped-down, “caveman” brand of meat-and-potatoes, chugga-chugga metallic hardcore has become a signature formula, but god damn it, it’s an awesome formula. Hatebreed don’t claim to be the most progressive or thought-provoking of metal bands—leave that to the Deafheavens and the Liturgys. Instead, Hatebreed simply make working-class beat-down hardcore filled with fist-pumping anthems, crushing breakdowns, and catchy riffs. If this sounds like your jam, show up early for American Wrecking Company, a local band who sound similar but inject just a tad bit more melody. KEVIN DIERS 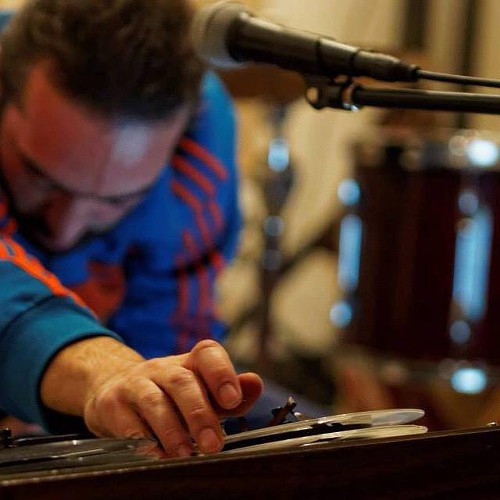 XOVER'S UNRULY NOISE
Xover @ Blue Moon Tavern
Saturday night’s all right for frightening… people who can’t handle noise. Coming all the way from Sardinia, Xover (Danilo Casti and Travis McCoy Fuller) generate a refined, oft-morphing stream of sanity-threatening drones, glitches, bass brutality, and hammer blows that could be the output of the BBC Radiophonic Workshop run through a blender or a seminar in audio S&M. and this is just scratching the surface of their abundant work. Any way you slice it, there’s a madness to Xover’s methods. LA’s Present (not to be confused with the Belgian progressive unit Present) are an amalgam of several unruly styles: prog rock, noise, Crass Records–saluting punk, grindcore, black metal, 20th-century classical, and more. The avant-garde can always use more beautiful chaos, and Present, bless their perverse hearts, are doing a bang-up job of bringing it. DAVE SEGAL

YOU BETTER BELIEVE HOMO FOR THE HOLIDAYS IS STILL HAPPENING
Homo for the Holidays @ Odd Fellows
Hear ye, hear ye! Now in its seventh season! The funniest, campiest, gay-pridey-est annual holiday spectacular is back to entertain even your bah-humbuggy-est, seasonally gloomy, frowny-faced friends! I promise anyone—after witnessing the triumph and hilarity of the all-star cast of local burlesque, cabaret, dance, drag, and musical luminaries like BenDeLaCreme (of RuPaul’s Drag Race Season 6), Cherdonna Shinatra, Kitten LaRue, Lou Henry Hoover, Faggedy Randy, and many more—YOUR FROWN WILL TURN UPSIDE DOWN. You cannot resist the pure joy of this hearty holiday fruitcake! It’s often a sellout, so get those tickets and get ’em fast!

COREENA'S SULTRY ELECTRO-TORCH SONGS TAKE OVER THE RENDEZVOUS
Coreena and Co. @ Rendezvous
Coreena and friends take over the hallowed Rendezvous for a low-lit night of smoky electronics and general diva-liciousness.

And here's the rest!