THE LAST OF THE SENDAK SETS AT NUTCRACKER
Nutcracker @ McCaw Hall
You probably know by now that Pacific Northwest Ballet has announced that this year will be its last staging of Nutcracker with Maurice Sendak’s beautiful, albeit sometimes jaw-droppingly racist, sets and costumes.

THE BATTLE OF THE CRAZY BAND NAMES: NEW SPACY HIPHOP AT THE CROC
Astro King Phoenix and Co. @ the Crocodile
If you’re going to have an irritating band name, you may as well double down on it: Who wants to be Portugal. The Man when you could be ZZ Top’s Drummer’s Drum Machine’s Manager’s Band? Or newcomer, head-in-the-cloud rap master ace Astro King Phoenix, for that matter. Don’t let the overboard alias fool you, though: With woozily digitized beats (often produced by OG bass-head OCnotes) and an elastic, rapid-fire flow, Phoenix is an intriguing new star in the expanding universe of Seattle rap, somewhere between Porter Ray’s poetic introspection and Key Nyata’s left-field street tales. As for ZZTDDMMB? It would appear to be the truly outlandish moniker of boom-bapper extraordinaire Specs Wizard’s new side project. KYLE FLECK

CATCH PIANIST ALEX GUILBERT IN HIS JAZZ MODE
Alex Guilbert @ Serafina
The local pianist and composer Alex Guilbert has many striking modes. His cinema mode, for one, is bold and packed with the kind of intensity one expects from a major motion picture coming to a theater near you. His electronic mode has the kind of bubbly and even wacky energy that aims to keep the dance floor happy all night. His jazz mode, however, is profoundly soulful and simply lyrical. When he plays this morning during brunch at the fine restaurant Serafina, expect nothing but his jazz mode. Which is a good thing. You do not want to eat like you are being chased by spies, or eat like you need to get up on the table and get down. You want to eat and digest your brunch in the thoughtful manner of his piano jazz. CHARLES MUDEDE 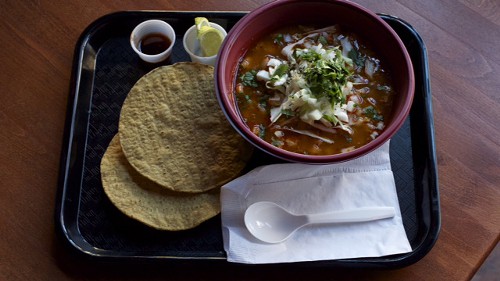 THE MEXICAN HANGOVER BRUNCH COMES TO RHINO ROOM
Communion @ the Rhino Room
For a few weekends this month, Monica Dimas, who cooks for Ethan Stowell restaurants, is offering a special menu specifically designed to cure your hangovers. At Nacho Borracho on Saturday and down the way at Rhino Room on Sunday. 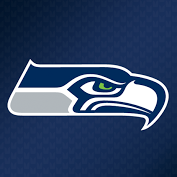 SEAHAWKS PLAY THE RAMS
Seahawks @ CenturyLink Field
This game (well, really all the games from this point on) is a BIG ONE.

Get up on your game, Seattle.

Comments 7
Tags: Blogs Events
The Stranger depends on your continuing support to provide articles like this one. In return, we pledge our ongoing commitment to truthful, progressive journalism and serving our community. So if you’re able, please consider a small recurring contribution. Thank you—you are appreciated!
CONTRIBUTE NOW