SHIVER YOUR TIMBRRRRRS IN LEAVENWORTH
Timbrrr! Music Festival @ Leavenworth Festhalle
Timbrrr! is the colder, snowier little sister of the annual sunshiny Timber! Outdoor Music Festival (which takes place in Carnation in July). And heilige scheiße!—have you ever been to Leavenworth in the wintertime?! The faux Bavarian village nestled in the Cascade Mountains is so perfectly quaint, you feel like you’re on the set of a Hollywood movie about people living inside a holiday snow globe. Timbrrr! is the two-day music fest held inside the snow globe. Bands such as Red Fang, Deep Sea Diver, Prom Queen, and Dude York will play. In between bands, you can go eat Wiener schnitzel and get into snowball fights! KELLY O

ELECTRO DIVA NATASHA KMETO SET TO DECK YOU AS DJ GIGS
DJ Gigs and Co. @ Re-bar
If you didn't know that rising Portland electro-torch singer Natasha Kmeto DJed in addition to producing, well, now you do. She goes under the name DJ Gigs, and this is her first time on the decks in Seattle, as far as I can gather. What little I've heard of her disc jockeying reveals an approach that’s a bit more uptempo than her low-lit, emotionally redolent R&B, accelerating into libidinous, vocal-centric house and techno. I've been predicting stardom for Kmeto and her burnished-gold pipes and deft beatmaking since 2012, and this could well be her breakout year; look for Kmeto’s next full-length on Federal Prism soon. DAVE SEGAL

CATCH TOMTEN'S WARM AND MOURNFUL POP AT NEUMOS
The Dip, Tangerine, and Tomten @ Neumos
Check out Trent Moorman's interview with Tomten here; their new album inspired these reflections: "[It's] a soundtrack for the slow-motion pan across a dilapidated banquet table. It's post feast, and the streamers that streamed are now strewn like downed power lines. Hollow bottles lay on their sides, and the revelers have long since gone. Cake and lipstick are smudged on a jacket crumpled in the corner. Or is it blood?" 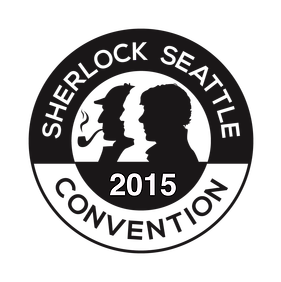 ELEMENTARY, MY DEAR: SHERLOCK CON IS THIS WEEKEND
Sherlock Seattle Convention @ Broadway Performance Hall
This is a convention for "fans of Sherlock Holmes's many incarnations." The guest of honor this year is the curator of the Sherlock Holmes Collection at University of Minnesota, and plenty of other special guests will be in attendance. It's nice to be nerdy about something that's not superheroes every now and again, isn't it? KRISHANU RAY

HOLLER BACK, Y'ALL
Frank Boyd: The Holler Sessions @ On the Boards
A one-man show in which Boyd plays an energetic jazz DJ from Kansas City. It includes "loud music, profanity, poetry, silence, improvisation, and a constant devotion to proliferating jazz music." It'll be interesting to watch Boyd play energetic—he can be a thrillingly understated performer.

All the world's a stage, may as well play your part.