CHECK OUT THE WEST COAST PREMIERE OF GOOD STOCK ON THE DIMENSION FLOOR
Good Stock on the Dimension Floor @ The New Foundation
This is the West Coast premiere of a debut film by arts collective HOWDOYOUSAYYAMINAFRICAN?, and the work, as the title suggests, uses the operatic form to examine a central question: “‘What happens to the black body when it is haunted by a ‘blackness’ outside of it?’ The spoken, chanted, sung, and screamed libretto explores the consequences of centuries of global racial strife that are thrust upon those born of African descent.” This event will be followed by a screening at Town Hall on January 28 and a discussion with members Christa Bell, Dawn Lundy Martin, Nana Adusei-Poku, and Sienna Shields, led by Greg Tate.

PURE AGGRESSION: THE GRINDCORE OF PIG DESTROYER
Pig Destroyer and Co. @ El Corazon
Grindcore is to heavy metal what low-budget, blood-and-guts slasher flicks are to the horror films—the most extreme, straightforward, aggressive, and heinous offshoot of the genre. Pig Destroyer have been pushing this form of underground noise to the forefront of the metal world for 17 years, mixing creepy, eyebrow-raising lyrics with harsh yet technically proficient blasts of pure aggression and jarring soundscapes. Add to this the unrelenting force of Eastern Washington ragers the Drip and Seattle-based badasses Theories—newly signed to Metal Blade Records—and you have yourself a night of unfiltered audio anger management. KEVIN DIERS

THE BITTERSWEET VIBES OF SEAPONY
Seapony and Co. @ Vera Project
OMG, Seapony are playing shows again?! It's been way too long since the gentle Seattle gems made audiences swoon with their tender melodies, and tonight is finally the night. Listening to Seapony makes me feel like a melancholy teen (who would think the word “melancholy” was, like, so sophisticated) discovering Camera Obscura and Belle & Sebastian for the first time. I can picture high-school me sitting for hours in a coffee shop with their Hardly Art album Falling on my headphones, writing emo diary entries, and feeling sad till the batteries of my CD Walkman run out. This is lovely, dreamy pop tinted with just the right amount of wistful longing. But we'll all have a little less to long for now that Seapony are back. ROBIN EDWARDS 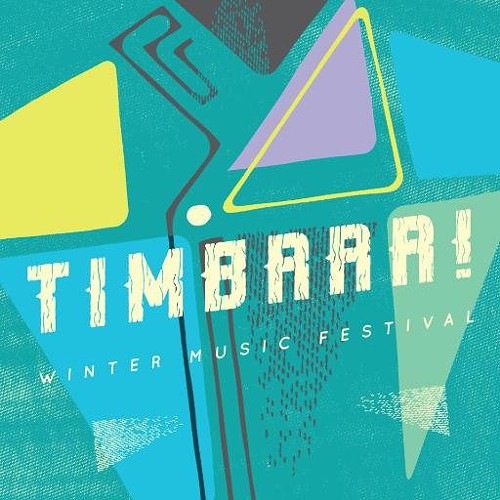 TIMBRRR DAY TWO
Timbrrr Music Fest @ Leavenworth Festhalle
Timbrrr! is the colder, snowier little sister of the annual sunshiny Timber! Outdoor Music Festival (which takes place in Carnation in July). And heilige scheiße!—have you ever been to Leavenworth in the wintertime?! The faux Bavarian village nestled in the Cascade Mountains is so perfectly quaint, you feel like you’re on the set of a Hollywood movie about people living inside a holiday snow globe. Timbrrr! is the two-day music fest held inside the snow globe. Bands such as Red Fang, Deep Sea Diver, Prom Queen, and Dude York will play. In between bands, you can go eat Wiener schnitzel and get into snowball fights! KELLY O 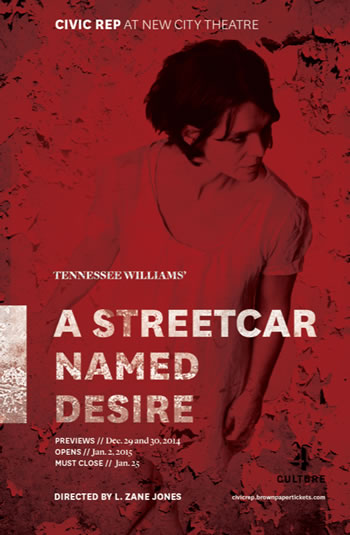 A NEW TAKE ON A STREETCAR NAMED DESIRE
A Streetcar Named Desire @ New City Theater
There is one big flaw in the Civic Rep production of A Streetcar Named Desire, and a train car of virtues. The guy who plays Stanley is not good. Other than that, there are only things to love: the spare and perfectly claustrophobic set, the timelessness of Tennessee Williams’s textual torture devices (the dialogue, stripped of Southern dialects for this production, is more devastating than you remember), and phenomenal performances by Robin Jones (as Blanche DuBois) and Kelli Mohrbacher (as Stella). I could watch those two play these two sisters forever. CHRISTOPHER FRIZZELLE

And other miscellany to check out, as is your wont.

Comments 0
Tags: Blogs Events
The Stranger depends on your continuing support to provide articles like this one. In return, we pledge our ongoing commitment to truthful, progressive journalism and serving our community. So if you’re able, please consider a small recurring contribution. Thank you—you are appreciated!
CONTRIBUTE NOW