This Weekend's "Shell No" Rally Focused on People, Not Polar Bears 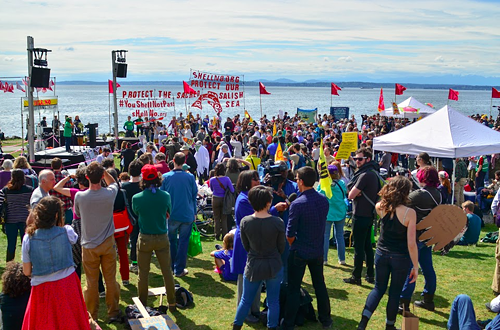 Hundreds of people—one organizer estimated more than a thousand—attended the event. Leaders from Bayan-USA, Got Green, Gabriela Seattle, Greenpeace, Plant for the Planet, and the Tsleil-Waututh Nation delivered speeches before the crowd marched south to Port of Seattle headquarters with big signs and a red kayak full of handwritten messages to port commissioners. Joshua Kelety

"Stand up in whatever manner you can," University of Washington fossil fuel divestment organizer Sarra Tekola instructed a fired-up crowd of "Shell No" demonstrators in Myrtle Edwards Park this past Sunday. "This is our lunch counter to sit on. This is our history to be made. We hold the world in our hands."

If 20th century environmentalism too often looked like white people expressing concern for pristine wilderness and endangered animals, Sunday's protest against Shell's Arctic drilling rigs mooring in Seattle showed how much the movement has evolved.

The demonstration centered on people most adversely affected by a continued reliance on fossil fuels. They represented urban communities of color with disproportionate asthma rates, islanders displaced by rising sea levels, indigenous homes threatened by resource extraction, and those hard-pressed to afford survival when the worst effects of climate change arrive.

In February, with very little public notice, the Port of Seattle signed a lease to allow Shell's Arctic drilling fleet to moor at Terminal 5 in the drilling off-season. In spite of recent research showing that exploiting any Arctic oil and gas would be inconsistent with staying below a two-degree Celsius global warming safety limit, and in spite of the port's "Where a sustainable world is headed" slogan, King County's five elected port commissioners held just one public meeting on the subject within a week of announcing the proposal's existence before giving the deal a green light.

In the aftermath of that decision, a coalition of local activists are organizing a three-day "festival of resistance" against Shell's Arctic drilling rigs, including a flotilla of kayaks and a day of mass direct action, in May.

Representation of a fearsome kayaktivist. Organizers are planning a kayak-based demonstration in Elliott Bay on May 16. Joshua Kelety 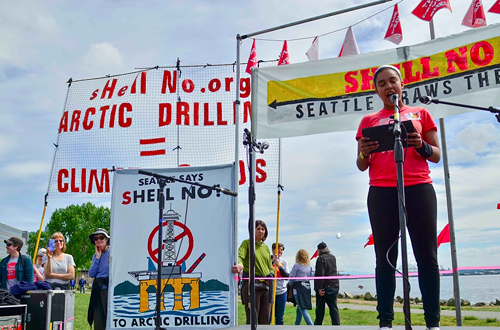 Sarra Tekola, of the University of Washington's divestment movement: "This is the people versus Shell. Complacency equals consent. And if you aren't standing up against Shell when they're here in our backyard, then you are also guilty." Joshua Kelety 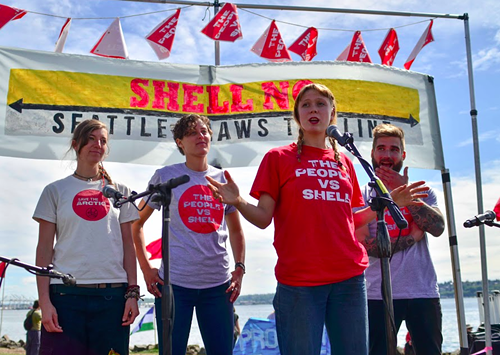 Oh, hey! It's four out of the six Greenpeace volunteers who scaled one of Shell's Arctic drilling rigs as it journeyed across the Pacific. Joshua Kelety 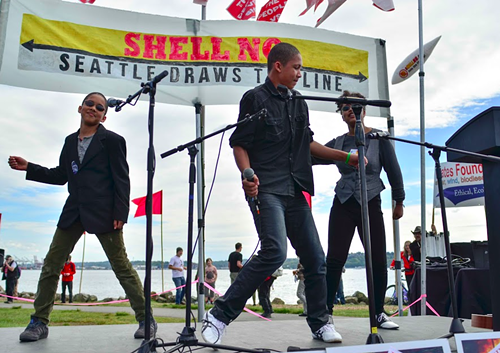 Aji Piper (center), president of the local Plant for the Planet chapter, dances with his brother and sister to an adaptation of "Uptown Funk" with lyrics about climate change and the oil industry. Joshua Kelety 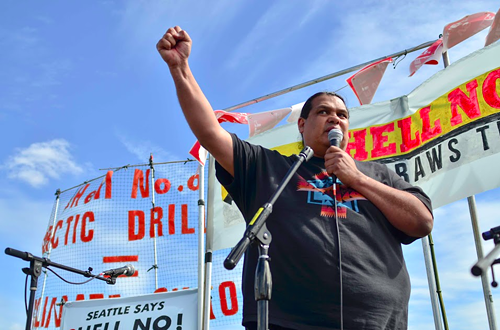 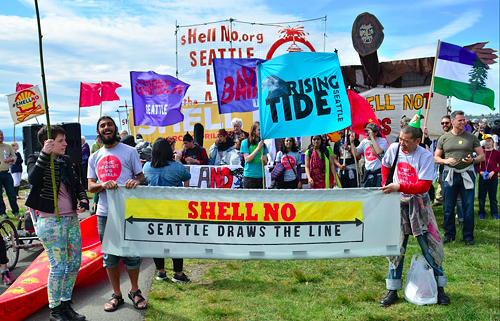 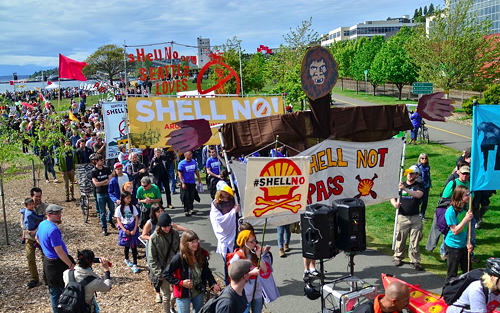 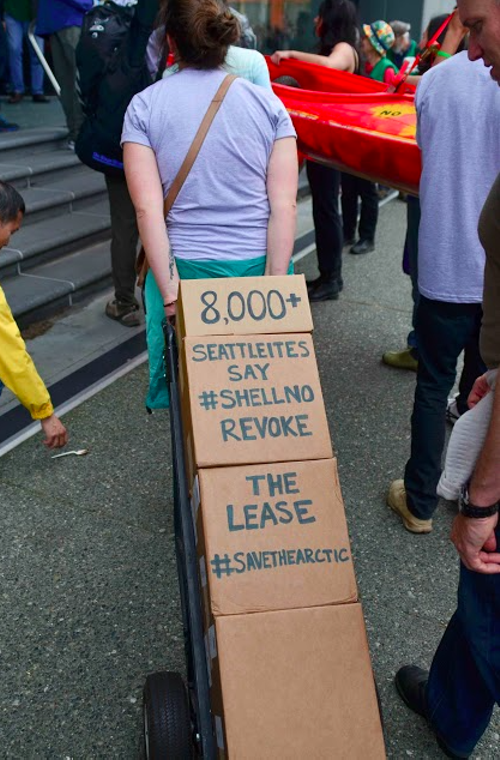 In February, the Port of Seattle signed a lease with Foss Maritime to let Shell use the port's Terminal 5 to moor its Arctic drilling fleet in the exploration off-season. Joshua Kelety 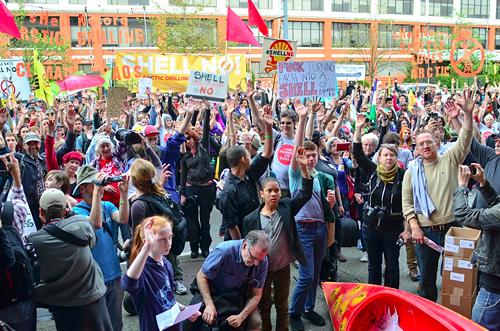 Once at the Port of Seattle building, organizer Kurtis Dengler asked the crowd how many people found out about the port's winter mooring deal for Shell after the lease had already been signed. Joshua Kelety 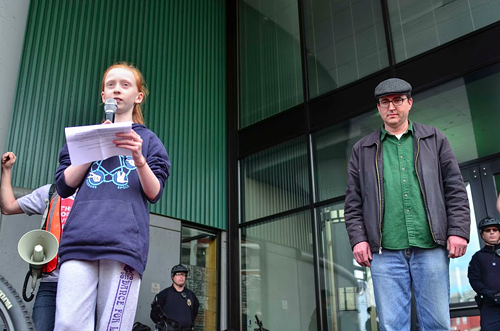 Fourteen-year-old Wren Wagenbach quoted Martin Luther King Jr. in front of a kayak full of messages to the port commission. Port spokesperson Peter McGraw (right) accepted the messages—and the kayak.
Comments 5
Tags: Blogs Enviro Events
The Stranger depends on your continuing support to provide articles like this one. In return, we pledge our ongoing commitment to truthful, progressive journalism and serving our community. So if you’re able, please consider a small recurring contribution. Thank you—you are appreciated!
CONTRIBUTE NOW