Salem resident Terry Coffey posted the above photo and caption on his Facebook page.

See how it bites him in the ass after the jump.

Within hours, the post had been shared hundreds of thousands of times by brainiacs like whoever runs this site: 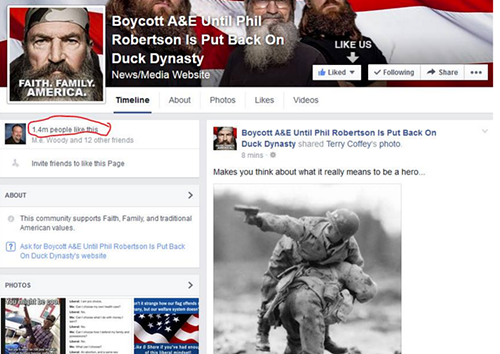 Coffey was incredulous. Is this "some kind of Facebook bug?" he wondered:

But then, in true karmic beauty (and, I must say, Coffey's admirable willingness to admit when he's done something douchey), this wondrous follow-up post happened:

Here's the trailer for "Marwencol," the 82-minute documentary by Jeff Malmberg:

Comments 8
Tags: Blogs Teh Internets
The Stranger depends on your continuing support to provide articles like this one. In return, we pledge our ongoing commitment to truthful, progressive journalism and serving our community. So if you’re able, please consider a small recurring contribution. Thank you—you are appreciated!
CONTRIBUTE NOW