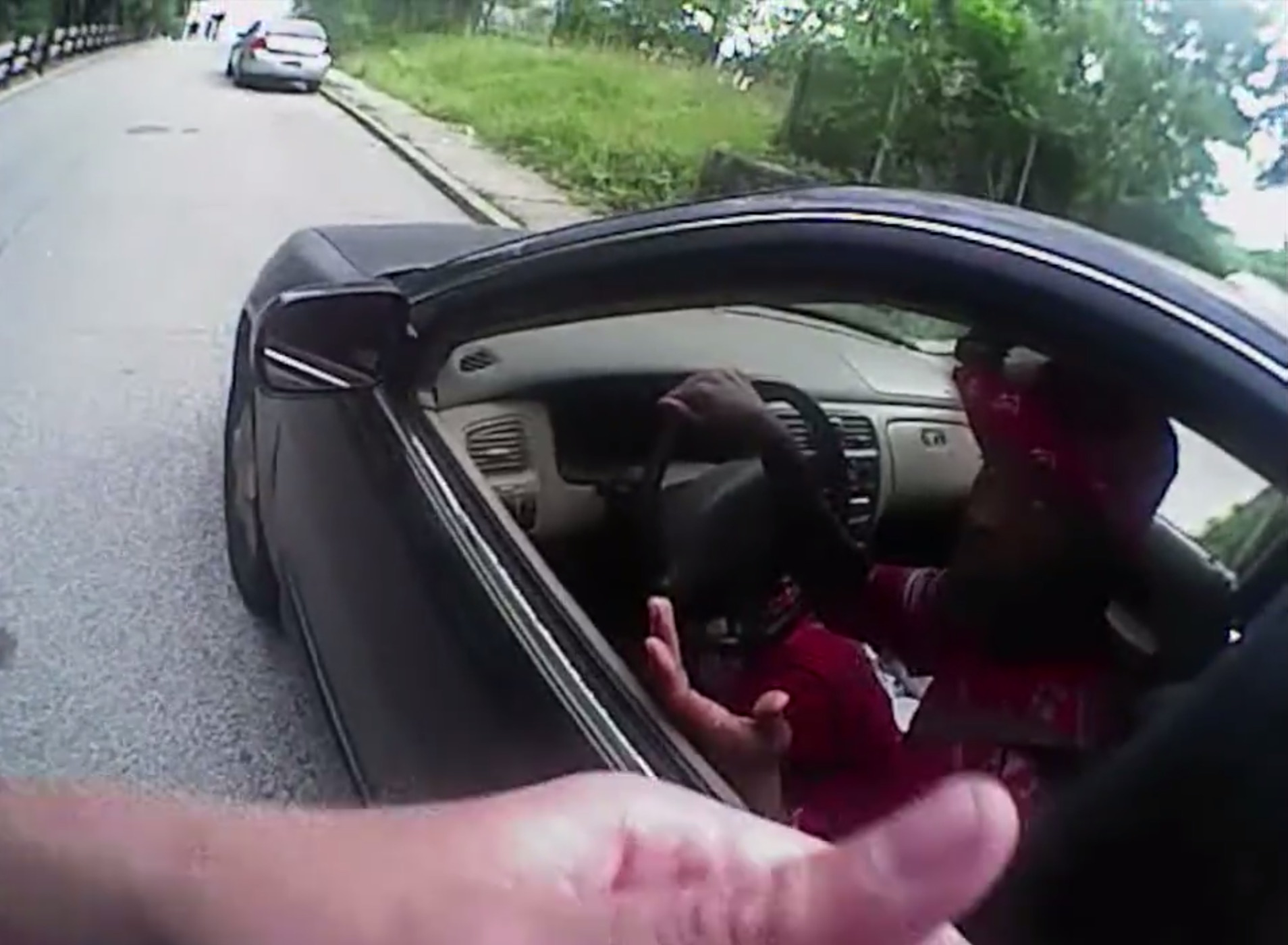 The body-cam video showing the killing of Sam Dubose by a cop with the University of Cincinnati Police Department was released today.

Since the incident on July 19, the family has been skeptical of the officer's account of what happened. "I'm so upset about them not letting us see the video," Dubose's sister said. Yesterday, the police chief, who'd seen the video, admitted, "It's not good."

But that doesn't begin to describe how shocking the video is to watch. The killing happens so quickly and unexpectedly you almost can't believe what's happened.

In case you don't want to watch the video: Tensing questions Dubose about his front license plate, the supposed reason for the stop. Dubose then reaches for it, which he seems to have improperly placed in his glove box. When Tensing asks again for Dubose's license, he notices a bottle of liquor on the car's floorboard, which Dubose hands over. Tensing then repeatedly asks Dubose for a license, which Dubose says he doesn't have on him.

Tensing asks Dubose to take off his seat belt as he simultaneously tries to open Dubose's car door. In response to that, Dubose attempts to drive off. That instant, Tensing pulls out his firearm and shoots Dubose in the head at point-blank range while shouting, "Stop! Stop!"

Al Jazeera reports that Tensing told 911 dispatchers that Dubose almost ran him over with his car. Other sources say Tensing claimed to have been "dragged" by Dubose's car. And according to this incident report, the claim about being dragged is supported by another officer who says he witnessed it.

The body-cam video appears to show that there was no such dragging, no such running over. There was no attempt to shoot out a tire or use nonlethal forms of restraint. There was only the lethal, instant reflex of a cop who had failed to police his imagination.

A few hours ago, prosecutor Joe Deters called it an "asinine, senseless shooting."

"When you see it, you will not believe how quickly he pulled his gun and shot him in the head," the prosecutor also said. "It was senseless. It didn't have to happen... It was a chicken-shit stop."

Tensing has been indicted on charges of murder. He's also been fired.