Drunk of the Week: The 25 Best-Dressed at the 2015 Montana Testicle Fest (NSFW)

This week's Drunk of the Week superstar wasn't the only person "dressed to the nines" at the 33rd Annual Montana Testicle Festival. I went there to eat some Rocky Mountain oysters. I met some pretty radical humans. Please enjoy the photos after the jump! Also, I repeat: NSFW.

This little yellow number is pretty great, too. Kelly O 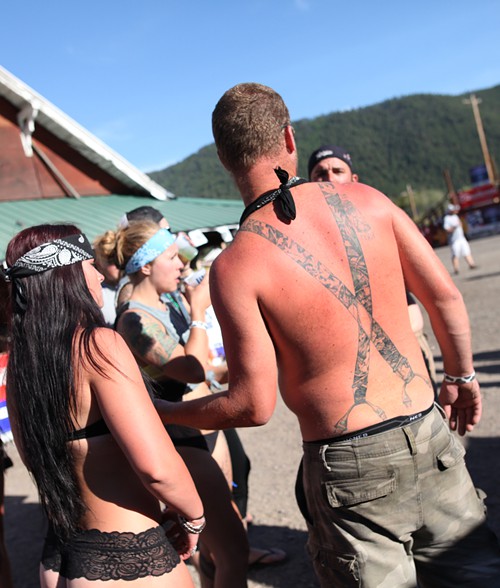 I guess his pants can NEVER fall down? Kelly O 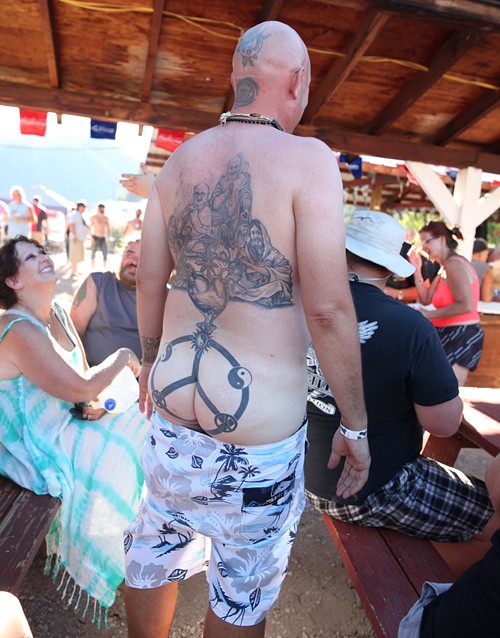 Oopsie! His did though! Kelly O 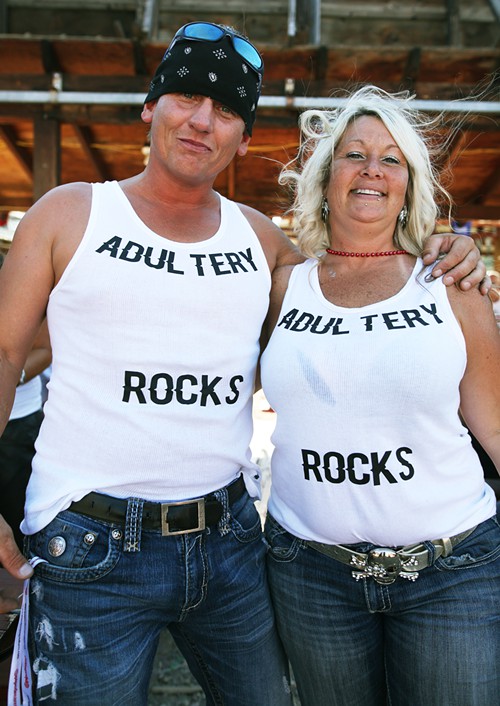 IT ROCKS! I think it even says so in the Bible? Kelly O 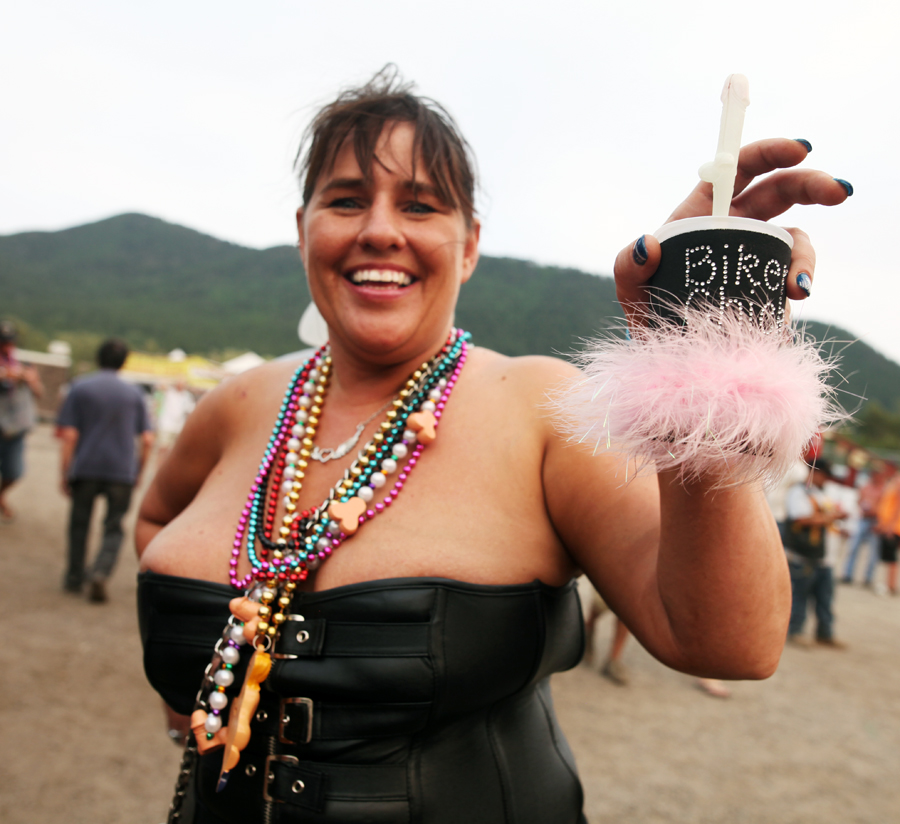 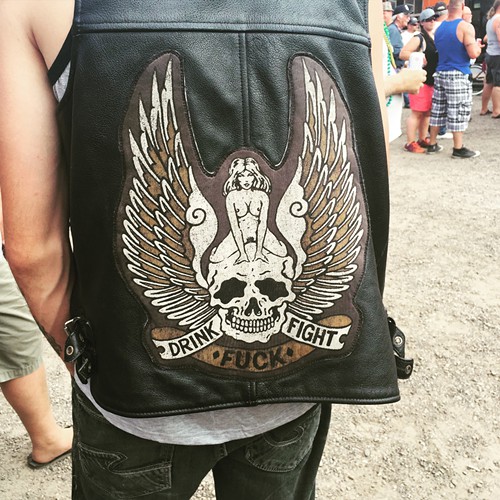 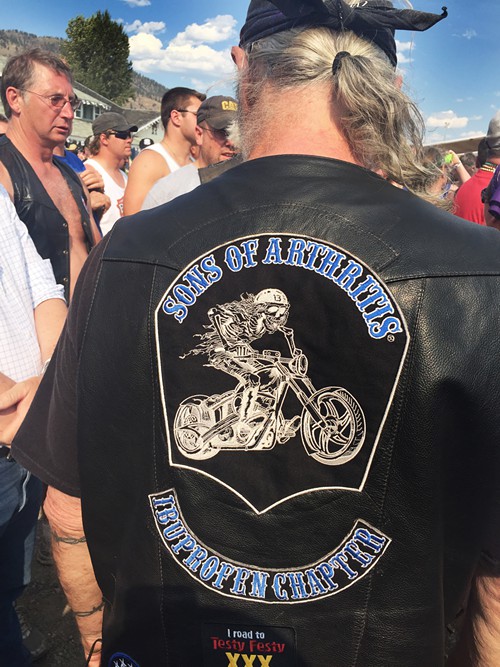 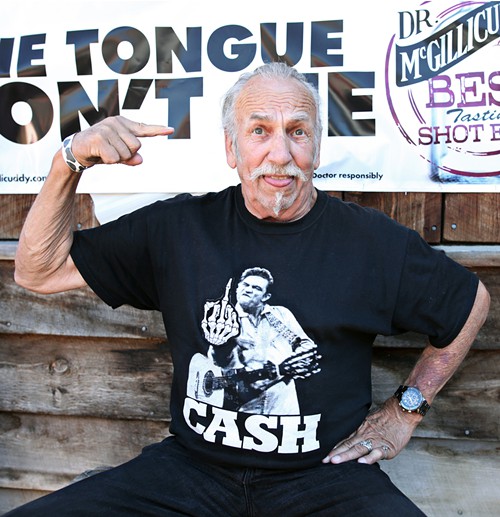 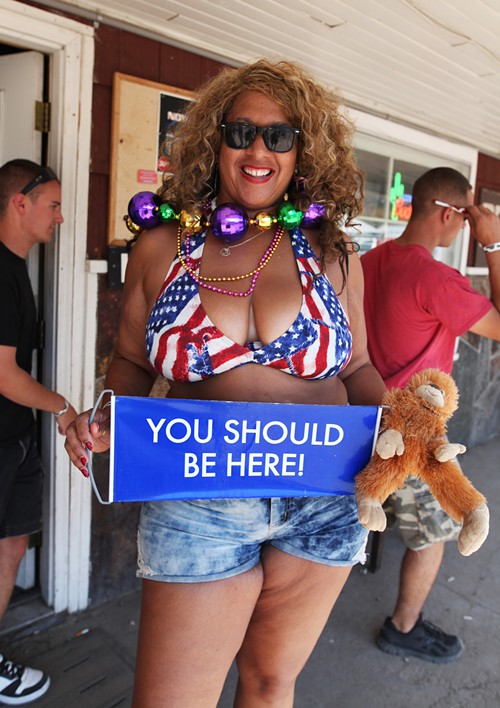 Duh. Everybody should have. Kelly O 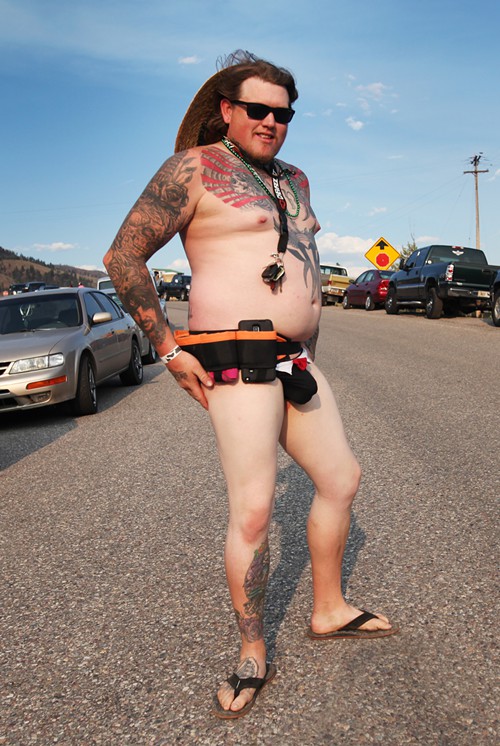 No beer in his beer belt, but still pretty fashion forward. Kelly O 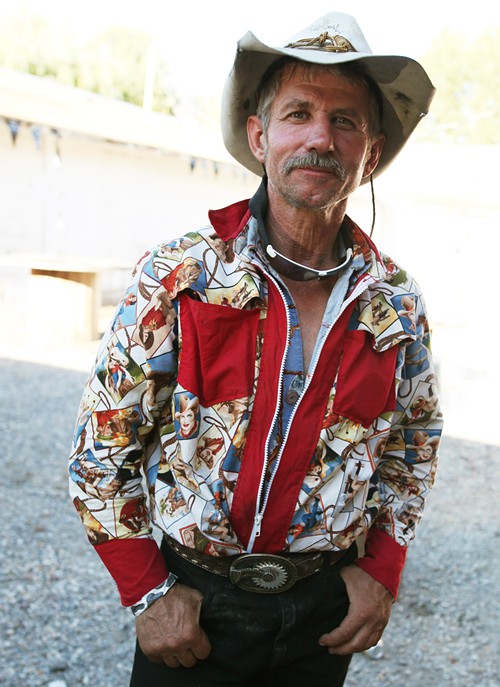 Now THAT is a cowboy shirt! Kelly O 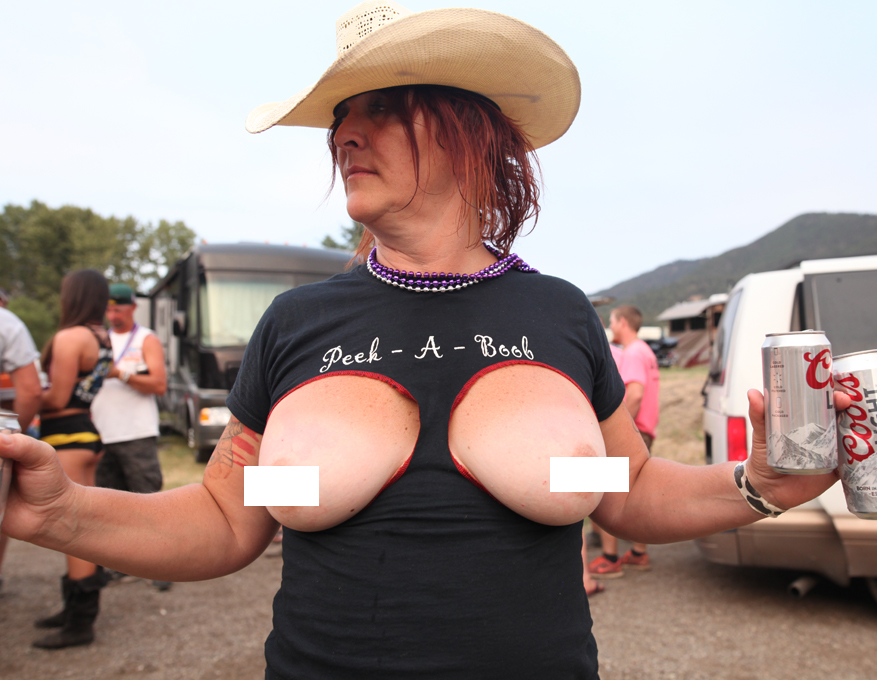 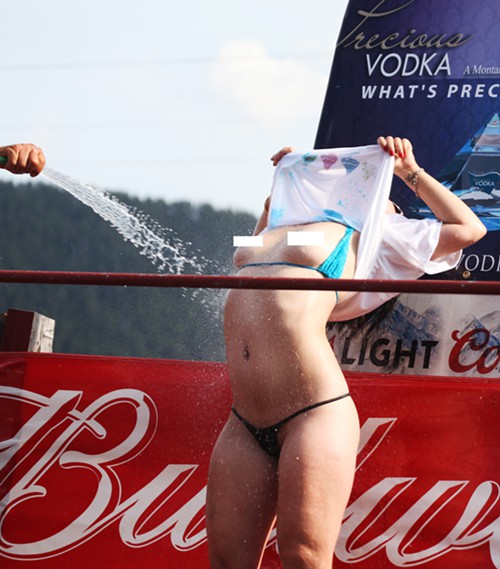 I loved every single one of the brave ladies in the wet T-shirt contest. Kelly O 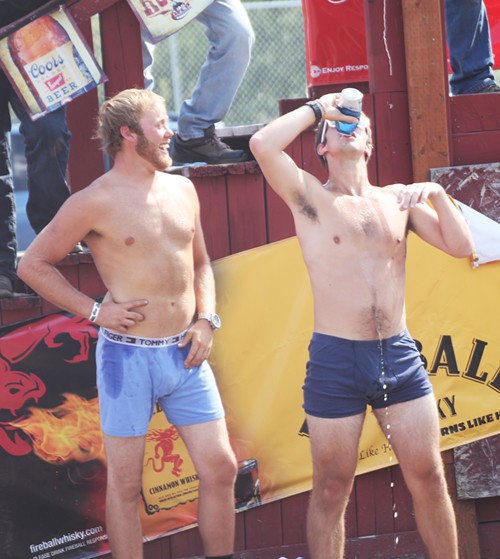 The "Undie 500" racers were pretty excellent, too. Kelly O 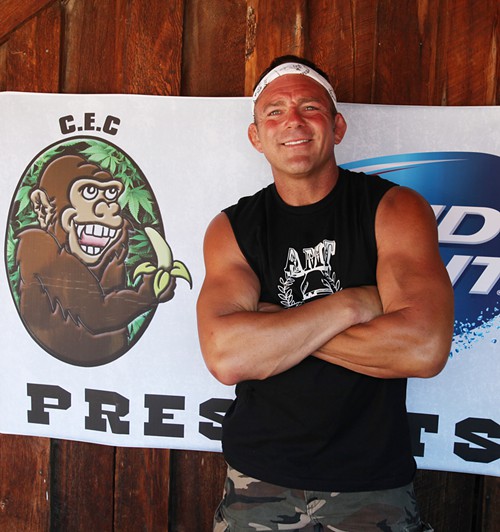 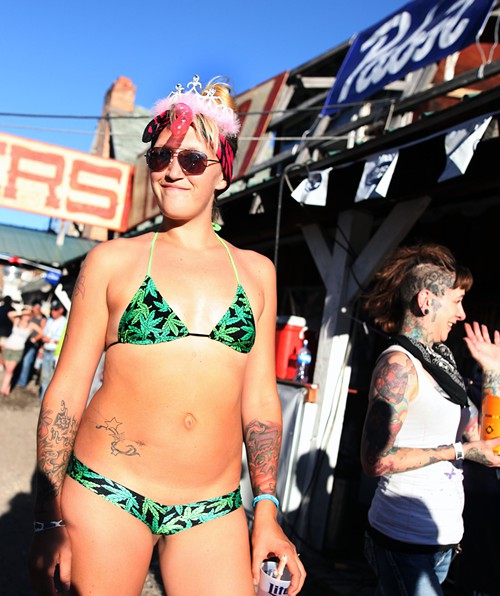 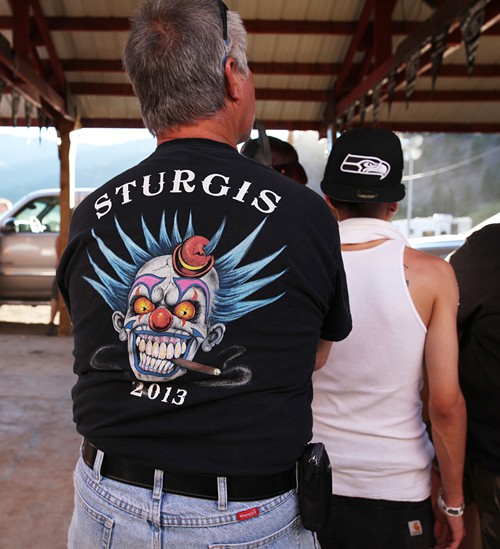 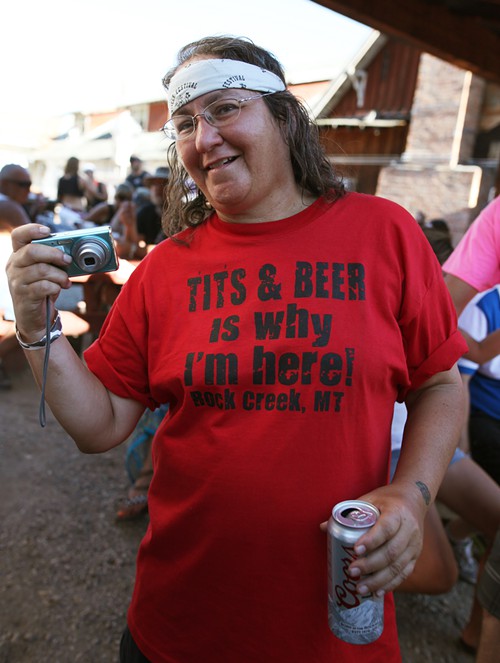 Say what you mean, and mean what you say. Kelly O 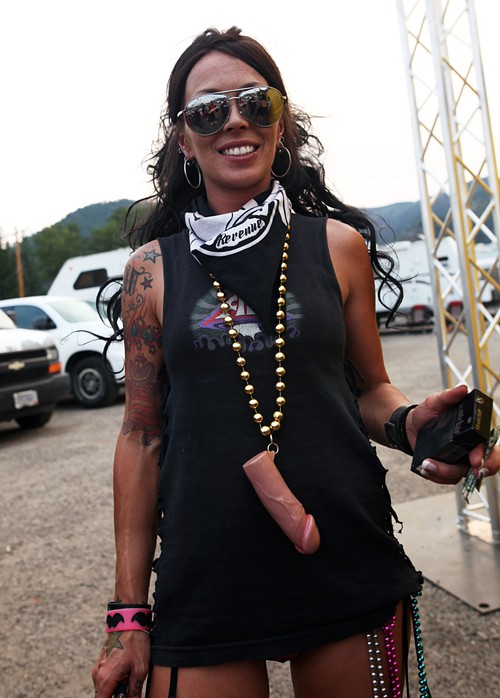 I wonder if this necklace is so heavy it hurts her neck? Kelly O 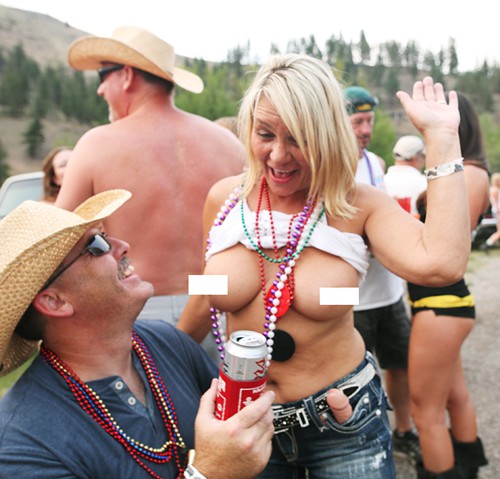 Hey! You have that girl's neckace in your jeans pocket... Kelly O 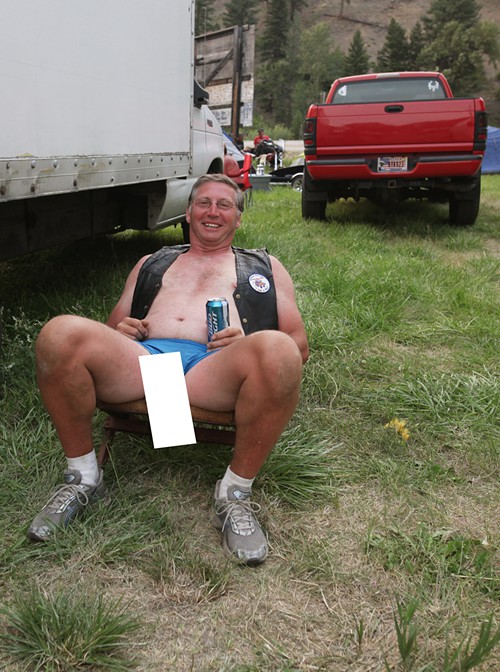 Wait, something that looks like that girl's necklace is hanging outta his shorts! Kelly O 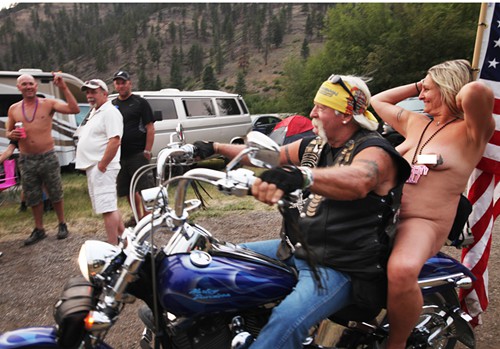 This biker chick made the whole festival for me. She's totally free and doesn't give ONE F*CK what you think. Kelly O 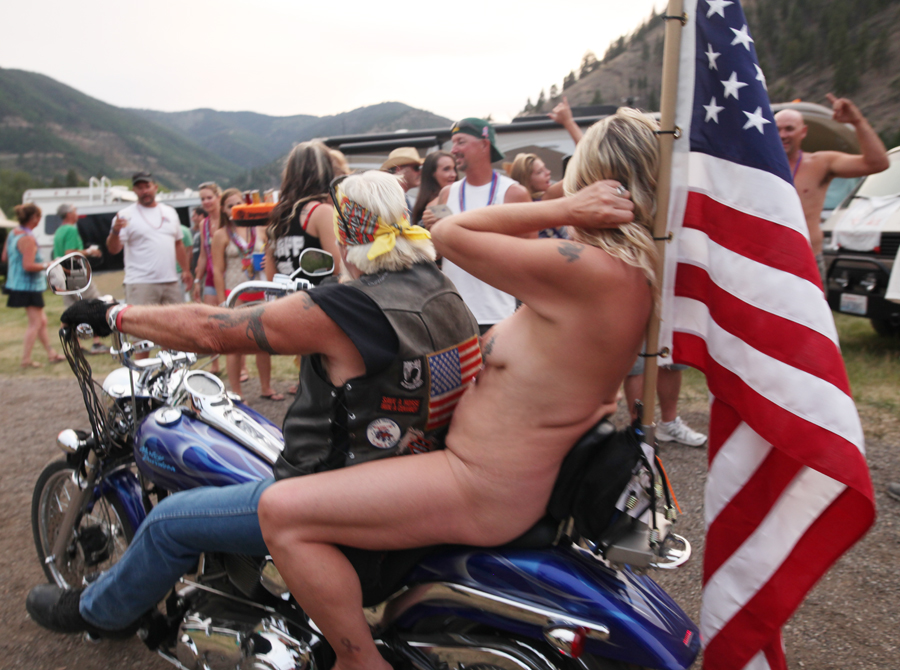 My friend said it best: "LIVE FAST, DIE OLD." Nobody has more fun than the people at the Testy Fest. Kelly O
Comments 20
Tags: Blogs At Large Fashion Drunk
The Stranger depends on your continuing support to provide articles like this one. In return, we pledge our ongoing commitment to truthful, progressive journalism and serving our community. So if you’re able, please consider a small recurring contribution. Thank you—you are appreciated!
CONTRIBUTE NOW