How Can Washington Properly Fund Its Schools? Do What New Jersey Did.

1
There are plenty of reasons for liberals to advocate for a state income tax, primarily education. However, one of the reasons our state's economy is booming is because it does NOT have a state income tax. Stop to consider why Chris Christie is having such a hard time defending one of America's economically slowest growing states.
raindrop on September 10, 2015 at 12:49 PM Report this
2
We don't have a Conservative Governor, however, we do have a stubborn Ohio like legislature. I could see an emergency funding package that would last a year or two which meets most of the financial needs of the teachers getting passed in negotiations rather than a state income tax for that would entail far more vision than Olympia possesses. The legislature will kick the can down the road and hope they can get away with a future funding source for education that deprives other much needed programs rather than a state income tax.
neo-realist on September 10, 2015 at 2:16 PM Report this

3
@1 - C'mon, "Fastest growing"? Scientology brags it's the fastest growing religion. It's a metric that favors the smallest base. In order of top economic growth; North Dakota, Texas*, West Virginia, Wyoming, and Colorado. In every single case a result of natural resource discoveries (mining, natural gas and oil) with absolutely no correlation to State income tax policy.

New Jersey's economic growth may be nearly stagnant, but it’s still larger that 4 of the 5 aforementioned combined. They’re citizens may be taxed (and holy hell property tax in some counties there is off the charts), but they’re sticking around to the tune of being the 8th largest economy in the U.S.

*Texas is not a small economy so their growth is significant, but its based on natural resources and not related to personal income tax policy.
Dougsf on September 10, 2015 at 2:20 PM Report this

4
Excuse the typos. It's kinda my thing around here.
Dougsf on September 10, 2015 at 2:22 PM Report this
5
Sorry, what was it Arizona did? It ranks 49th in the country in terms of school funding, and a court earlier this year found that the Arizona legislature had short-changed the schools to the tune of about $330 million.
Toe Tag on September 10, 2015 at 2:32 PM Report this
6
Excellent reporting and greatly appreciated.

I asked the Governor at his press conference on a Special Session for McCleary if the issues wasn't public education funding but how we fund the ENTIRE state. He wouldn't answer.

Also, if the Governor dares to call a Special Session for charter funding but NOT for McCleary, he's going to be a one-term governor. There is no justification for putting funding for charters (about 1200 students) up against 1M public school students.

I note that the charter schools have some kind of angel donor funding for this year. If they were public schools, they would be require to disclose who the donors are. They aren't, nor is the WA Charter Schools Association which found the dough.

Good job, Stranger
westello on September 10, 2015 at 3:09 PM Report this
8
While looking at funding source is an important step (and debating about it), it's not a guarantee there will be school funding fairness. The 2015 national report card came out and 4 states with the most progressive funding scheme (providing 30-38% more funding per student in high poverty schools) are:

The 4 least progressive states are:
Vermont, Wyoming, N. Dakota (yin and yang here between the Dakotas), and Nevada

Washington came in flat meaning less regressive patterns. This may be due to our use of levy equalization to address the funding inequity among rich and poor districts. New York surprisingly spends more per student than any other states at >$18,000 also came in flat with California.

One other thing which strikes me odd is how many school districts WA has. Many are tiny with a few thousand students. Why not consolidate and save admin cost? While funding and distribution of funds are important considerations, the third leg- getting your money's worth is the one which grabs the headline and drives people bonkers.

9
Washington can't fund anything fairly because its cap on property tax.

It is a state of longtimers who steal income for the productive people.
Supreme Ruler Of The Universe on September 10, 2015 at 4:44 PM Report this
10
From RossHunter.info, Aug 24th post

"We’d like the McCleary solution to be durable over time, so the I-747 (1%) growth limit would need to be repealed to make this a sustainable source. Otherwise you recreate the problem in a few years when the revenue grows more slowly than the cost of providing public education.

Capital Gains
Carbon fee or tax
Closing existing tax preferences
Other new tax
The big question here will be how much property tax swap is done, how much other tax sources are used in the mix, and how close to revenue-neutral the complete solution is statewide. This will be very politically contentious, and will probably take quite some time to work out." 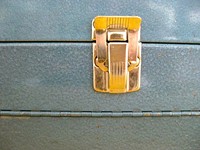 11
Thank you Stranger for your continued solid coverage on this mess. We need all the help like this that we can get to make our legislators feel the pain.
aimistrue on September 10, 2015 at 4:55 PM Report this 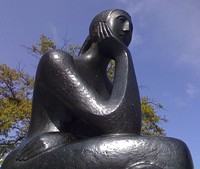 15
'2
38 Marcie - big does not necessarily equal cost-effective in the world of school districts. Exhibit A: Seattle Public Schools. Exhibit B: New York City Public Schools.
Still Thinking on September 10, 2015 at 10:56 PM Report this
16
Very well written. Thank you for your fair coverage of this issue, unlike other local news outlets. As a SPS parent I am outraged that the top staff at the district are raking in 6 figures while they paint teachers making a small percentage of their own salaries as greedy and selfish. I know this is reflective of a very broken system and hope our government steps in to start fixing it. The future citizens of our state and country are depending on us "adults" to work this out fairly. On another note, what is happening with the extra sales tax our stats is making from pot sales? Wasn't a large chunk of that supposed to fund education?
Grace911 on September 11, 2015 at 12:22 AM Report this

17
@12 - Can you imagine what the school landscape would look like with that sort of guaranteed revenue? University of Phoenix Prep? DeVry Academy? Our Lady of the Stipend?
Dougsf on September 11, 2015 at 1:33 PM Report this

19
I have a Good Idea on how to Fund the schools. Stop giving Teachers 12 months of pay for 9 months of work.

That's a good start.
Thrill Killer on September 12, 2015 at 2:39 PM Report this
20
@19- teachers actually only get compensated for 9 months of work and can choose to spread that out across 12 months to ease the financial burden of not being paid for three months.
Thanks Jen, for another informative and substantial article. Hopefully, this will be a win for students and teachers- and therefore the entire community of seattle- soon.
msbliss on September 14, 2015 at 9:17 PM Report this
21
No pay for grading homework at night, paid r n r for 9 weeks of summer. That's the Faustian bargain.
cronkus on September 16, 2015 at 12:03 PM Report this
22
@cronkus, as @msbliss pointed out, teachers are NOT paid for "r n r" during the summer. They are only paid for the 9 months of the school year and that is divided over the 12 months. Many teachers also work summer jobs to make ends meet. But you are right on the point that there is no pay for grading homework or doing lesson plans late at night. Some I know are up until midnight doing that.
Linda on September 16, 2015 at 12:14 PM Report this
23
Stop paying teachers $90,000 to do the same job you can get a teacher to do for less. Then you could hire more teachers. The Union is about money, not children. Long term teachers are maxing salaries at $99,000 a year. This is stupid. Part of what creates your value as an employee is someone willing to do it for less. There are a lot of people that would have been teachers if they new that twenty years late they would be making over $90,000 in a job that is hard to get fired from. BS

24
Just jail the entire legislature and be done with it. They can have all the pencils and legal pads they need, and ten hours a day in a big room to figure it out.

And no calculators allowed! If their math skills are (ironically) that shitty, they can start by tutoring each other in arithmetic for a couple weeks. There must be a few members of the leg. who are fully numerate. That might be a good lesson in the importance and difficulty of teaching.
ScrawnyKayaker on September 16, 2015 at 1:07 PM Report this
27
This is not 1976 New Jersey. The only way an income tax is instituted is if the people democratically vote for it.
The court sequesters the budget and the tax breaks to pay for education first. Let the legislature sort out the rest.
cronkus on September 16, 2015 at 8:42 PM Report this
28

The article by Jen mentions that the poor urban districts [in New Jersey] are spending more on the students, thanks to their state taxation --- BUT, other states which levy state taxes do not also do this, as all too frequently they go by property tax revenues, the 'hoods with the most expensive homes and real estate spending more per capita on their student population --- the typical capitalist educational system prevailing in America.

What Jen said that NJ is doing --- closer to a meritocratic educational system --- is more likely to be found in a socialist democracy (America is a capitalist oligarchy, BTW) --- is unique in America and it doesn't necessarily, or automatically, follow that such will "naturally" occur in the state of Washington, once state taxes are adopted!

Yes, we should strive for a meritocratic educational system, where all students share in the same access and opportunity to resources, but suggesting the adoption of a state tax system does not ensure that this will happen, and history tends to indicate the opposite.

So the premise of this article, as hopeful sounding as it is, follows a specious reasoning thread.

Just as Harvard's Lawrence Lessig, a fellow from a wealthy background, has declared for the presidency, promoting the idea that massive monies can be removed from the American election process, while ignoring the existence of the ultra-concentration of wealth, stemming from the ultra-concentration of ownership, which could just as easily curtail his plan, assuming that it really isn't yet another Harvard-inspired subterfuge?

As long as the so-called pundits keep us in the dark as to who the real owners of America are, and they consistently avoid this subject, then we should be highly skeptical of everything they suggest.

This is the subject which needs attention: the identities of the Owners of America.