Send In The Clowns! Hundreds of Hilarious, Facepainted People May Have Saved Shorty's Pinball 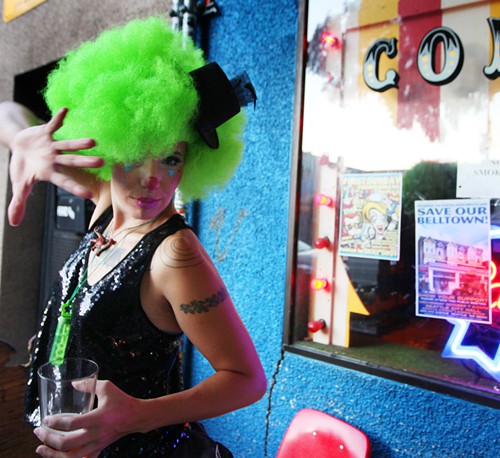 As I briefly describe in Drunk of the Week, there was somewhat of a "clownpocalypse" in Belltown on Sunday. Red noses aside, the real purpose of the unexpected clown party was to collect signatures to present at a meeting yesterday with Seattle's Landmarks Preservation Board. The signatures were to try to save the 125-year-old building that's home to the Wayne Apartments, the Lava Lounge, and the Belltown Studios. AND THE BEST NEWS—landmark status was granted!

While Shorty's Pinball isn't technically on the newly landmarked property, housing developers usually need to bulldoze an entire city block to build their big, fancy high-rises. KIRO7 has an excellent video of yesterday's meeting at City Hall. It looks like, for now at least, Belltown's best block can remain the same "Belltown" that I, and hundreds of other FRICKIN' CLOWNS, know and love. Look at all these photos... 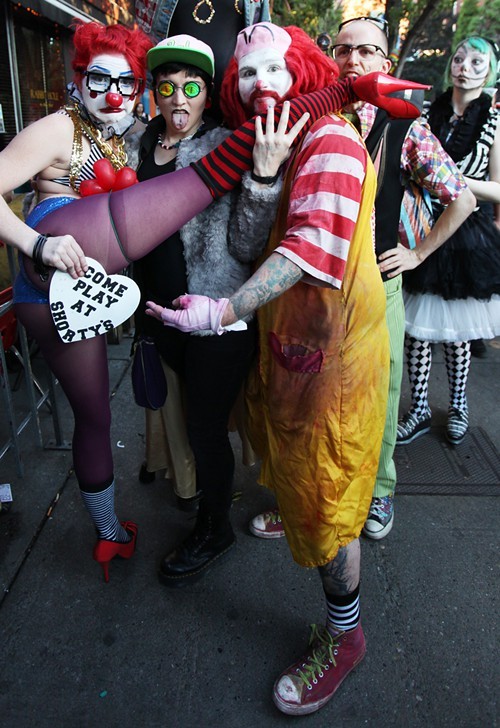 They signed the petition. Kelly O 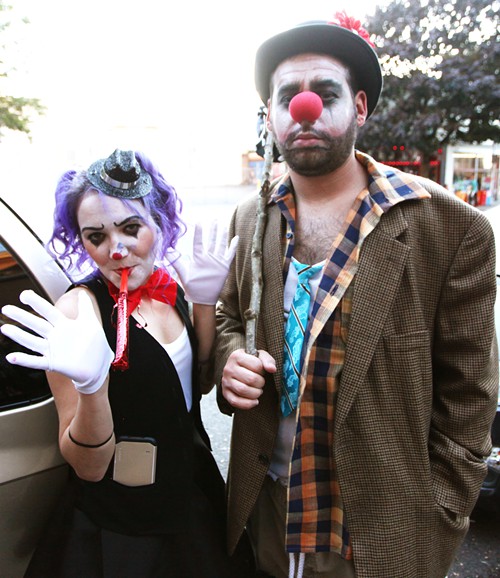 And so did Jazz Hands, and Mr. Hobo Kelly O 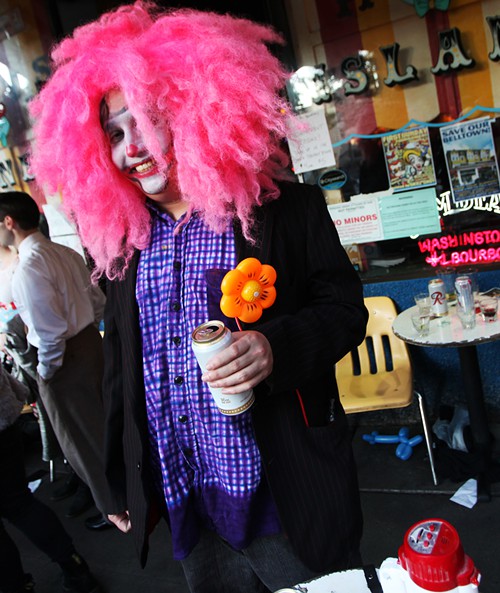 And so did this hairy guy. Kelly O 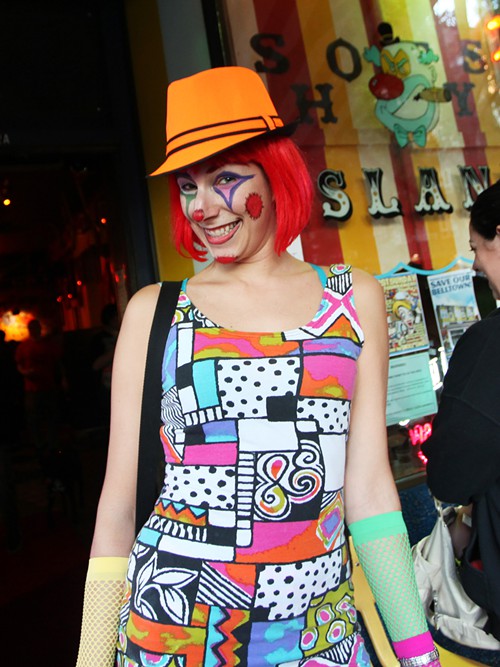 I want this hat. Kelly O 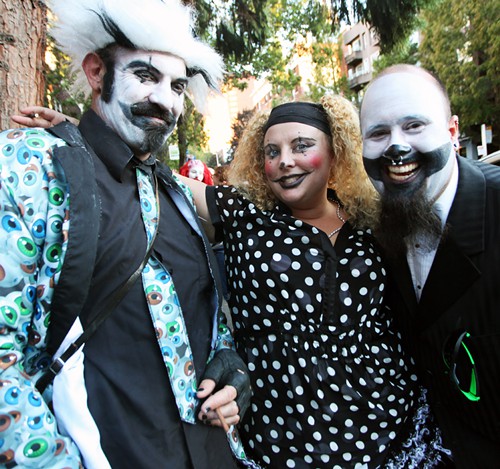 Where does one buy a EYEBALL SUIT? Maybe Leroy's Menswear? Kelly O 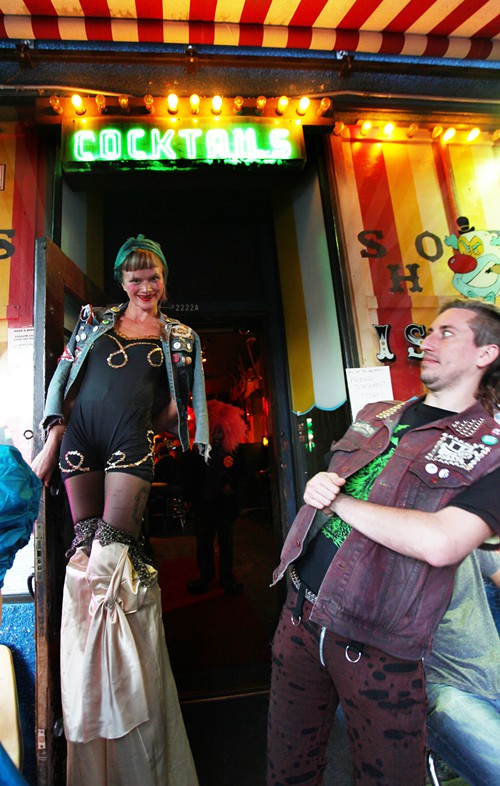 How did she walk through a crowded bar on stilts? I DON'T KNOW EITHER. Kelly O 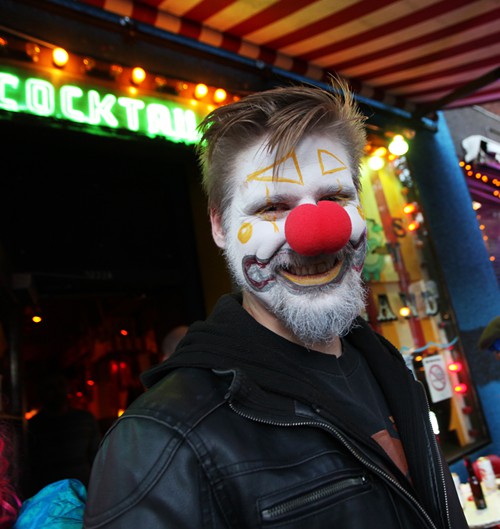 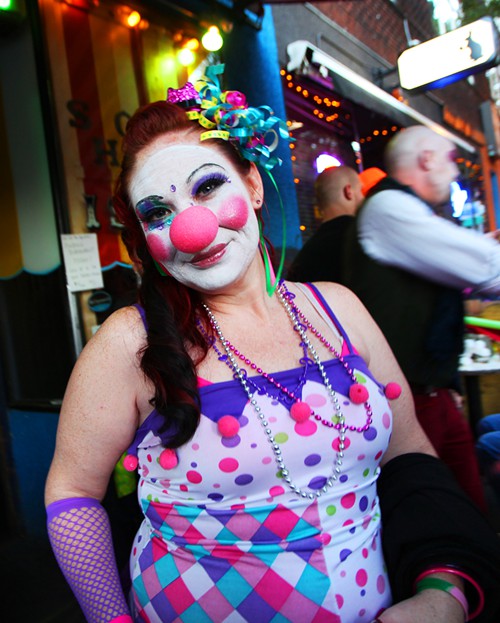 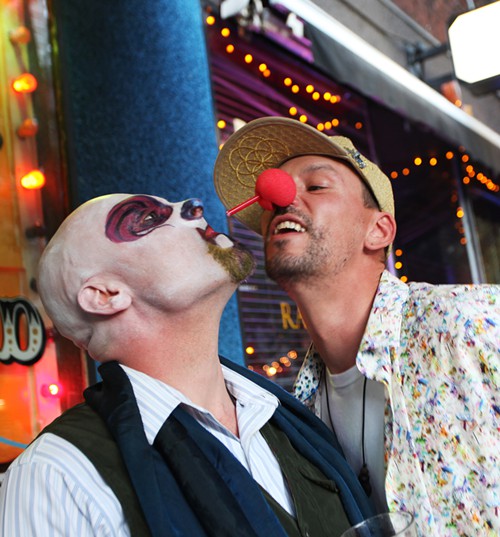 I don't know WHAT was going on here?!? Kelly O 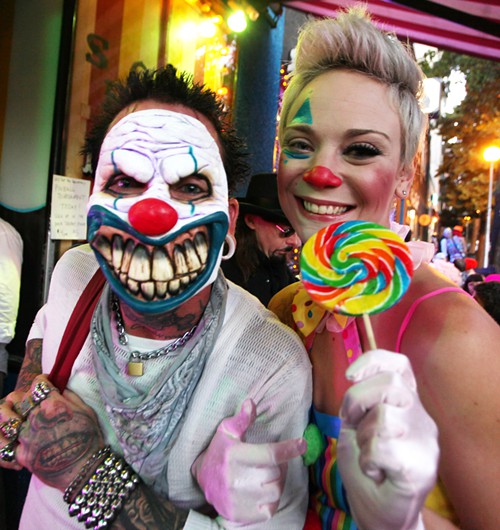 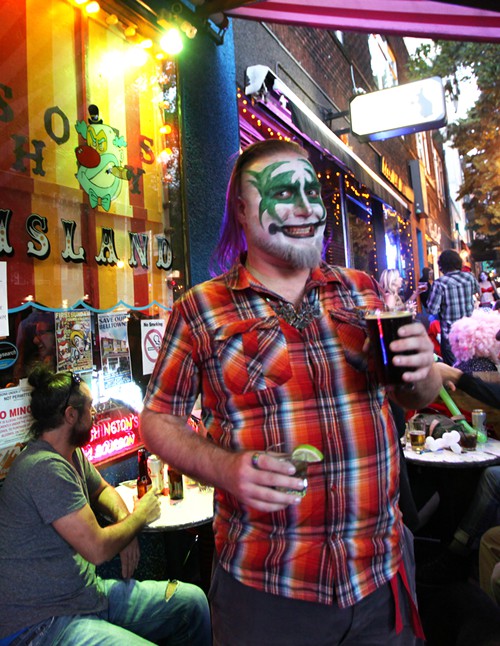 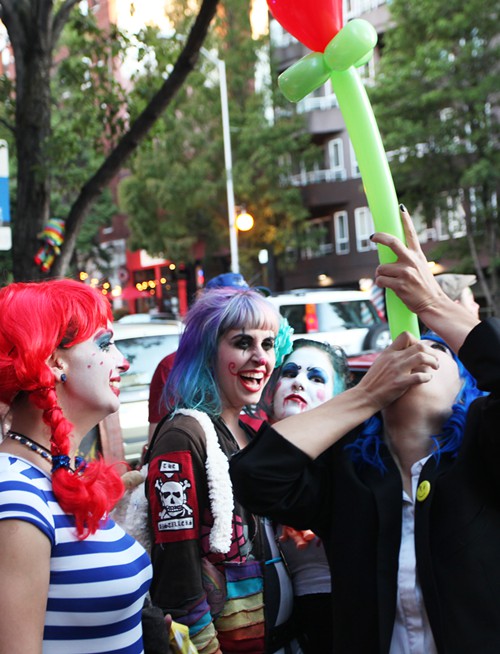 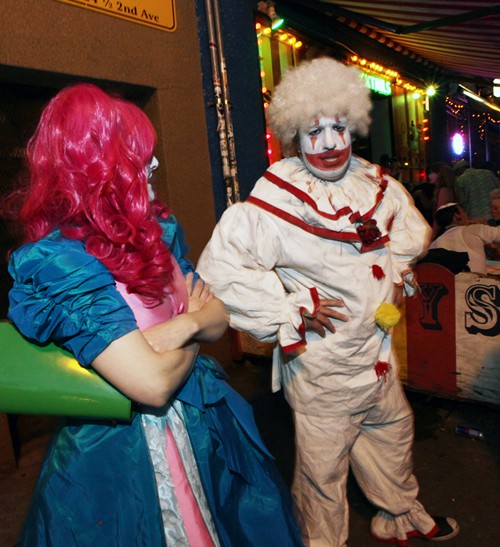 Look at that face. Please don't take his pinball away. Kelly O
Comments 13
Tags: Blogs Games City Boom Nightlife
The Stranger depends on your continuing support to provide articles like this one. In return, we pledge our ongoing commitment to truthful, progressive journalism and serving our community. So if you’re able, please consider a small recurring contribution. Thank you—you are appreciated!
CONTRIBUTE NOW