Seattle police have new cars and uniforms, but 2014 was a missed opportunity to advance reforms, according to the department's accountability auditor. SPD

Anne Levinson is a former municipal judge who now audits the Seattle Police Department's accountability system. Her official title is "OPA Auditor"—meaning she's the person who keeps a critical eye on the Office of Professional Accountability (which itself is supposed to be keeping a critical eye on police behavior). Last year we wrote about a report from her that slammed the way SPD was handling misconduct cases. Now Levinson has another report out, this one assessing the department's progress on reforms over the latter half of 2014.

Once again, the news isn't positive: "As of the end of 2014," Levinson writes, "reform of the City’s police accountability system and related improvements largely remained an aspirational goal."

Her report (PDF) is written in a frustratingly dense and disorganized way, covering a wide gamut of bureaucratic barriers to reform as well as individual cases from the past year.

The bottom line, however, is that reform isn't moving fast enough. Levinson says "it was expected" that last year the city would create a new law codifying a range of reforms to SPD's accountability system.

Those changes that couldn't be implemented purely by a new law or by new administrative procedures, she said, should have been pushed through in contract negotiations with the two police unions—the Seattle Police Officer's Guild (SPOG) and the Seattle Police Management Association. There was a "uniquely positive negotiating opportunity" in 2014, she writes, citing several factors, including: the desire of the unions and the department to conclude the federal consent decree process; a national dialogue that exploded over police accountability; and "near unanimity" between three different independent reviews (from the Community Police Commission, OPA Auditor, and mayoral advisor Bernard Melekian)—on what needed to change at SPD.

That opportunity was missed by Mayor Ed Murray. 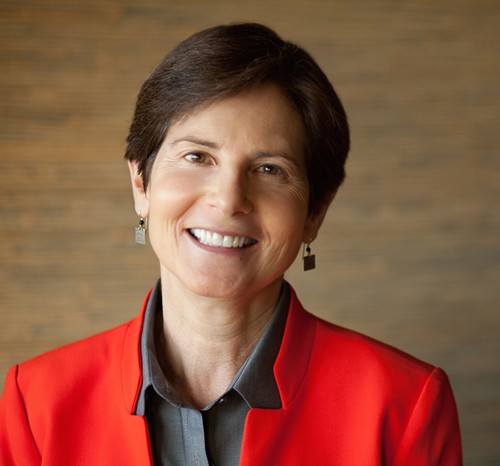 OPA Auditor Anne Levinson Courtesy of Anne Levinson
An additional mayoral delay occurred when it took the mayor six months to act on 55 accountability recommendations released by the Community Police Commission in April. (Most of those recommendations are supported by Levinson.) Instead, Murray waited to introduce a reform ordinance, postponing it until well after the commencement of contract negotiations with SPOG, which began in January. Now Murray plans to introduce his reform ordinance by next month.

The mayor's office hasn't responded to questions about why Murray has taken this slow approach. It's worth noting that SPOG endorsed him during the mayoral race.

The delays in taking action aren't Levinson's only concerns. Among the other problems highlighted in her new report:


In an interview, Levinson responded to an additional question I put to her: Did the mayor undermine the independence of the police chief by telling reporters, the day after The Stranger broke the news of the Wingate arrest, that he "instructed" Kathleen O'Toole to investigate Whitlatch and put her on leave?

"This morning I met with Chief O'Toole," Murray said on January 29, "and I instructed her to do two things: One is to conduct an investigation at her level of the incidents in question. Second is to put the individual on leave. That individual will not be on patrol."

Levinson had this to say:

Of course elected officials will offer their opinions about various incidents, but for the public and employees to have trust in the fairness of the process, it should be crystal clear that those are only personal opinions. I won't comment further about the specific wording used by the Mayor that you quoted but suffice it to say that Chief O'Toole is an experienced Chief who fully understands the importance of a fair and objective disciplinary system and would not need to be "instructed" to take principled actions that are consistent with her expectations that all officers act with professionalism and integrity.

In other words: Yeah, he crossed the line.

UPDATE: Viet Shelton, a spokesperson for Mayor Murray, responds: "I hear what the auditor is saying and I appreciate the question you're posing, but I don't think he crossed any line that he should not have crossed." He said the mayor talked to the chief and "worked with her to get something more done—to get a more comprehensive review of this officer... He acted within his authority and did not undermine her."

Shelton also said the mayor implemented 22 of the Community Police Commission's 55 recommendations administratively last year. An ordinance based on outstanding recommendations will be proposed in March. It should "demonstrate a level of seriousness and commitment on our part of moving foward with police reform," he said.