Naturopath Busted by the State for Medical Marijuana Authorizations: "I'm Not Settling—I Didn't Do Anything Wrong" 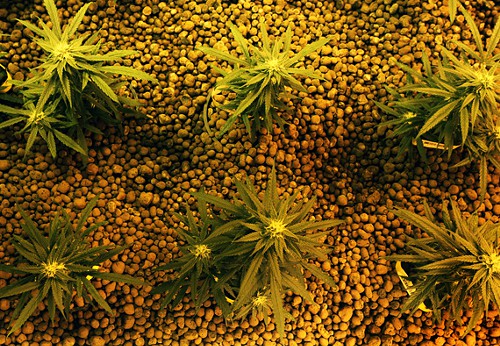 Today, the Department of Health is holding a disciplinary hearing for a 74-year-old naturopath who gave a marijuana authorization to an undercover agent. Kelly O
At this very moment, in a nondescript-looking office building in Kent, the Department of Health's Board of Naturopathy is conducting a hearing that may have a significant effect on the future of medical marijuana in Washington State.

At issue is a 74-year-old naturopathic doctor named Kathleen Naughton who, after a nearly 40-year career with no formal complaints or disciplinary action against her, has been busted by the DOH for giving a patient a temporary marijuana authorization and suggesting she use a non-intoxicating cream for a repetitive-stress injury.

The problem: The "patient" was an undercover DOH investigator, sent to Dr. Naughton's clinic to deceive a doctor (not Dr. Naughton necessarily—apparently, any doctor at the clinic would've done) and see if she could wheedle her way into a marijuana authorization.

The undercover agent got what she came for, and the DOH began disciplinary proceedings. What the agency didn't realize was that this 74-year-old naturopath and activist, whose career began with free women's health clinics and midwifery, was going to fight back.

"They say I'm a danger to the health and safety of the public," Dr. Naughton said in an interview, explaining why she refused to settle with the DOH, pay her fine, and slink away. "I'm not settling—because I didn't do anything wrong. I don't feel any remorse... I’m just remorseful that our officials are such idiots."

Her hearing before the DOH's Board of Naturopathy began this morning at 10 a.m.

These hearings don't happen in a traditional courtroom setting. They are held in a DOH office with an assistant state attorney general representing the DOH, an independent lawyer representing the "defendant," and a DOH employee acting as the "judge." The relevant DOH board, in this case the Board of Naturopathy, makes the final ruling. This system—especially having an agency employee act as the judge—has been criticized by attorneys for being overwhelmingly biased against the health-care providers under investigation.

So what, exactly, was the DOH up to?

Agency spokesman Donn Moyer says the DOH has been taking disciplinary action against "quite a few" health-care providers for running so-called "marijuana mills," which have included people handing out medical authorizations at Hempfest or making them via Skype.

"No one's targeting marijuana here," he says. "All of our disciplinary actions are based on complaints we receive from people—a person saying 'this doctor touched me inappropriately' or whatever... not a lot of the marijuana patients are complaining."

But somebody did complain. According to Li's pre-hearing statement, in April of 2013, the DOH received a complaint from a former volunteer at Nature's Medical Group. The complaint didn't name Dr. Naughton. Instead, the complaint, which came in the form of "multiple lengthy messages" to the DOH, accused a few people—again, not Dr. Naughton—of "smoking marijuana all day" and "being volatile" and also "overly sweet." The complainant also said she "'fear[ed] threats, injury, and possibly death' at the hands of these two named individuals."

On the afternoon of September 14, Dr. Naughton was seeing her 10th and final patient of the day. The patient, Dr. Naughton remembers, was a little odd. "She seemed like a small person and kind of shrunk into the corner," Dr. Naughton says. "Plus she had a new driver's license and she came from very far away—somewhere on the Olympic Peninsula or somewhere."

Dr. Naughton recalls the patient talking about some repetitive physical work—like painting or washing windows—that caused her shoulder to seize up from time to time. The doctor asked her to lift her arm, which she did, and then asked how high she could lift it during one of her spasms. "She lifted it to the height of her shoulder," Dr. Naughton said. "I felt her neck and shoulder, though her report said I just 'touched her neck.' It's really bizarre."

Dr. Naughton says she wrote her a one-month approval for cannabis and recommended a non-intoxicating topical ointment. (The DOH charging papers say it was a three-month approval—but Li claims the charging document is full of errors.) Dr. Naughton also told the patient that she should see a sports-medicine doctor or orthopedic surgeon if her condition hadn't improved in a month. The patient, who the pre-hearing statement says saw Dr. Naughton "purely by chance," left.

Eventually, Dr. Naughton decided to follow up, but neither the patient's e-mail address or phone were working. So she canceled the marijuana authorization.

Nine months later, the DOH issued its charges, accusing Dr. Naughton of providing substandard care not just to the undercover "patient," but to all 10 patients she saw that day. Dr. Naughton is criticized, among other things, for not ordering x-rays or other diagnostic tests and for recommending exercise, multivitamins, and "lots of veggies, fish, fruits... and avoiding processed foods."

Those suggestions don't "address the central diagnosis in a meaningful way," the DOH charges.

Dr. Naughton is also accused of not pursuing follow-up care with patients she saw that day, including one with advanced ALS—Lou Gehrig's disease. "I would love to hear what her [the patient's] neurologists at Virginia Mason would say about that allegation," Naughton's lawyer said by e-mail, about the charge that that patient was wanting for follow-up care.

"And do you know what the nursing board is accusing me of?" Dr. Naughton asked. "'Moral turpitude.' That's what they accuse pedophiles of. It's a really serious accusation."

She said that in all her years of practice she'd never heard of this kind of investigation—in her words, "sending someone to lie to a doctor and violate the doctor-patient relationship."

The DOH charging documents point out that a high percentage of Dr. Naughton's patients are seeking medical-marijuana authorizations, up to 80 or 90 percent. She contends that almost all of her patients have been referred to her by primary-care or specialist physicians who are reluctant to write their own marijuana authorizations—in part because of cases like these.

"Sending in fake patients is shocking to me," Li says. "The message they're sending to doctors is: Don't trust your patients."

"I have turned away several people who couldn't substantiate their claims," Dr. Naughton says, adding that she's familiar with clinics that try to authorize as many people as possible, sometimes paying doctors by the patient. Nature's Medical Group, she says, is not one of these clinics.

The DOH statement of charges disagrees, saying the original complaint characterized Nature's Medical Group as "a marijuana authorization mill" where "no one is denied a permit."

The way Kristi Weeks, the legal services director at the DOH, describes a proper authorization doesn't sound that different from how Dr. Naughton describes her job.

"Let's say we have an oncologist who doesn't feel comfortable writing an authorization," Weeks says. "He can say, 'If you go here, you can get this authorization.' If that patient goes in with medical records from the oncologist, and the provider sits down, reviews the records, talks with the patient, does an evaluation appropriate to the situation, and keeps the appropriate records, that's not going to be a problem. It can be a referral, but the care has to be appropriate to the situation."

Now it's up to the Board of Naturopathy to decide whether Dr. Naughton's care was "appropriate."

However the board rules, Dr. Naughton isn't worried about herself and seems pleased about her career. "I've delivered all these babies, diagnosed all these illnesses, taught at Bastyr, taught in Portland, taught in Puerto Rico," she says. "I'm not afraid of them. I'm 74 years old. I can retire. But I want to go all the way."

If the Board of Naturopathy upholds the charges, Dr. Naughton says, their next stop is Washington State Superior Court—where the judges, she adds, don't work for the Department of Health.