Annie Lukins, 24, woke up at 4 a.m. to set herself on top of this tripod blocking an exit of a Shell fuel transfer station on Harbor Island, near the Port of Seattle's Terminal 5. Alex Garland
Sponsored

Yesterday, the Obama administration approved Shell's exploration plan to drill in the Arctic this summer, despite the high risk of a major spill during Arctic oil development and the impact that development would have on climate change. "Shell has already proven they cannot safely operate in the Arctic, and the Niger Delta has shown us that they don't clean up after themselves," Lukins said. "We need to ban Arctic drilling now." Alex Garland

Some fuel tankers appeared to enter and gas up while Lukins blocked the exit; they left after she clambered down. Alex Garland 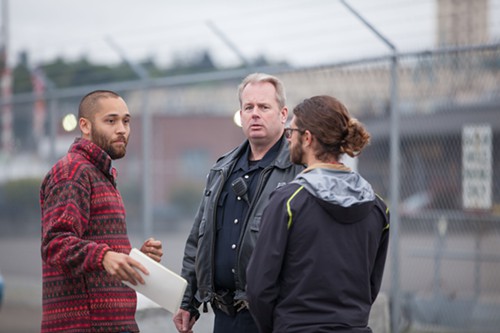 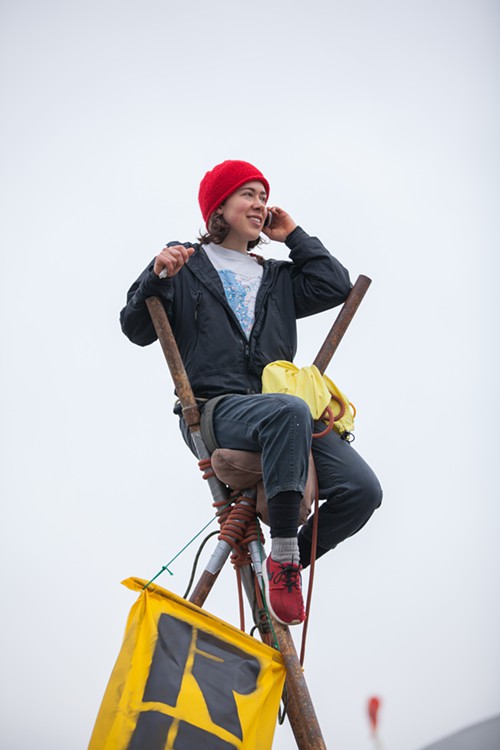 Lukins is an artist-activist with Rising Tide Seattle. She was born here, she says, and she wants the next generation, including her children, to be able to live near the shore and eat fish from the ocean. Alex Garland 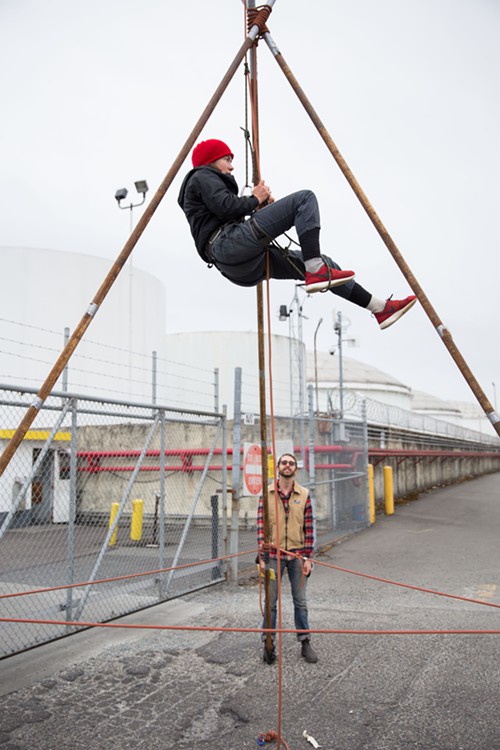 Lukins dismounted from the tripod after more than two hours of nesting at the top. Later today, the port commission will debate whether to keep Shell out of Terminal 5 because of the city's finding that Arctic drilling equipment isn't consistent with the space's land use permit. Alex Garland 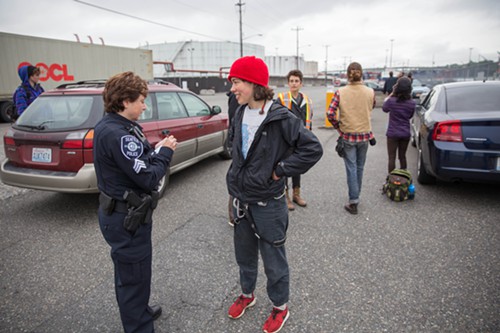 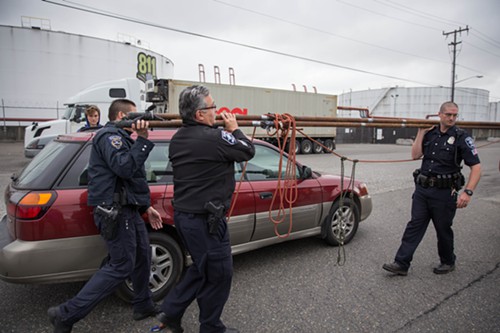 After the action wrapped up and tankers filed out of the exit, the activists' poles were taken in as evidence. Alex Garland