After some heated talk on Facebook, Saturday's "Check Your Privilege Party" on the University of Washington's frat row ended up being a very calm event. The only yelling I heard came from two or three cars as they drove by, and it was mostly unintelligible. There was a 40-ish percent show of hands when someone asked who was in the Greek system. There were a lot of students sitting on the steps of the Greek houses as well. At the high point there seemed to be around 250-300 people at the protest. The Seattle police presence was light, and both the protest itself and Greek row had additional security. Alex Garland

Members of a UW fraternity watch the events as they unfold at their doorstep. Alex Garland

Sarra Tekola, one of the organizers of the "Check Your Privilege Block Party", speaks to the crowd about her experiences organizing the event and the threats she received. Another speaker at the protest said the UW police had been informed of violent threats made on the event's Facebook page, and that there could be repercussions for those who made the threats. Alex Garland 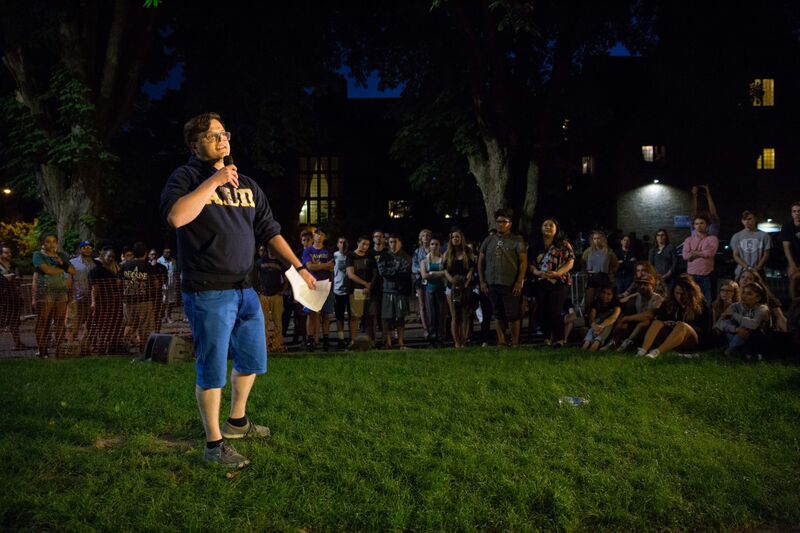 Daniel Ojalvo, an alumni of the Jewish fraternity Alpha Epsilon Pi in Minnesota, says: "If your fellow fraternity members are being racist, sexist, homophobic, trans-phobic, Islamophobic or just freakin' bigoted, you have a moral obligation to call them out." Alex Garland 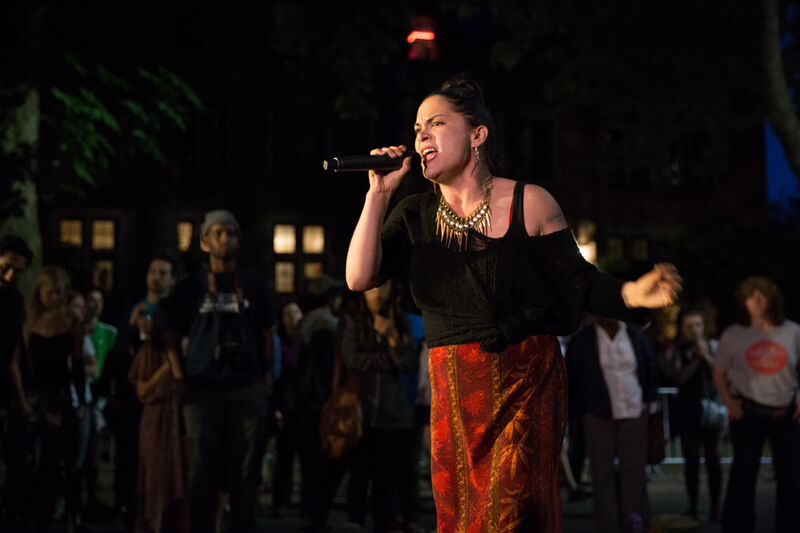 MC Julie C performs in front of the crowd on Greek Row, as part of the message-based entertainment. Alex Garland 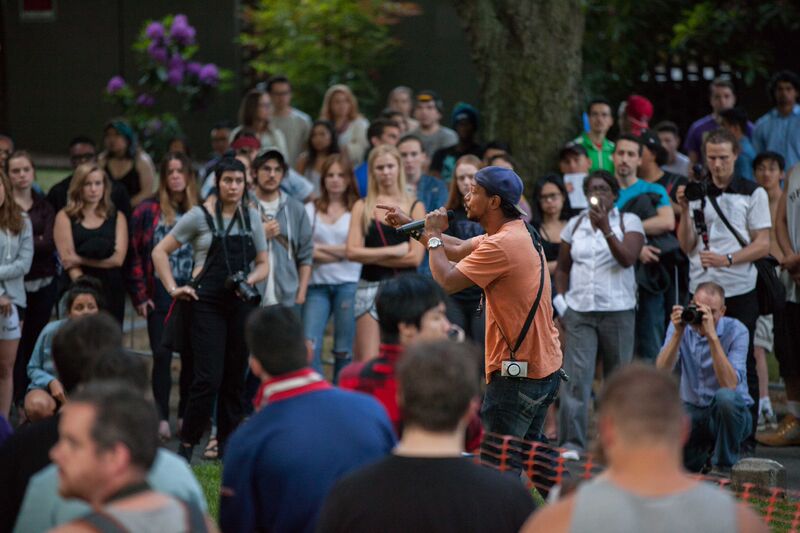 Michael "Renaissance" Moynihan, an activist and organizer with the event, spoke against rape culture and the perpetuation of privilege in the Greek society at UW. Alex Garland 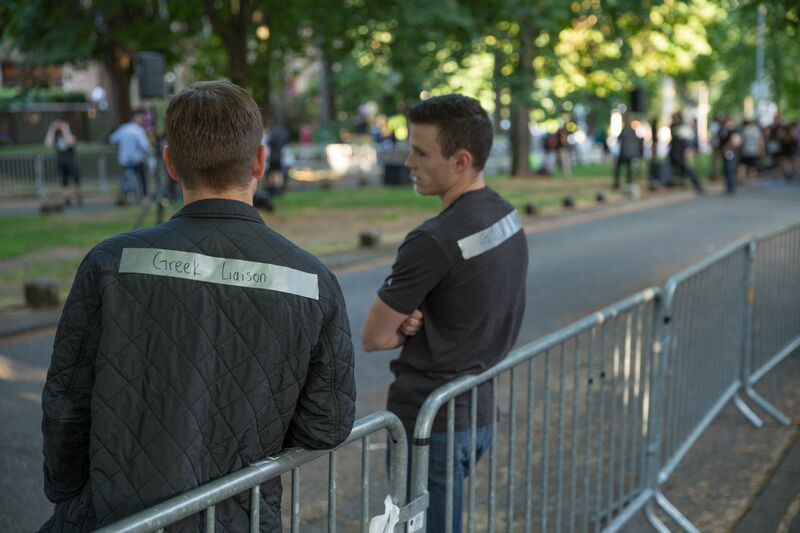 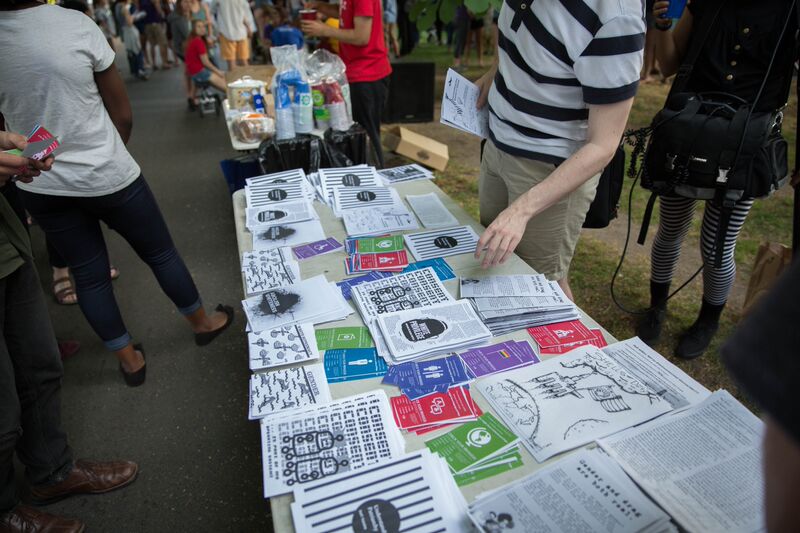 Zines at the event covered topics mentioned by speakers that included issues of consent, privilege, and gender. Alex Garland 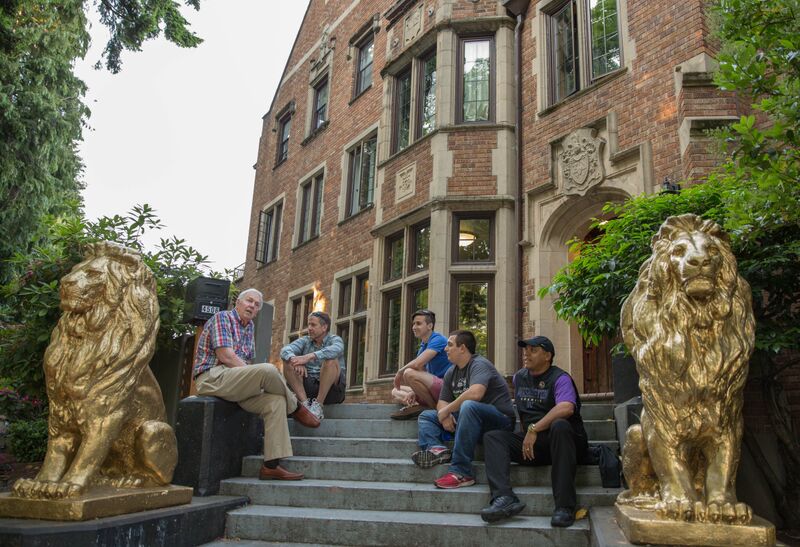 Members of the UW chapter of Sigma Alpha Epsilon watch the events as they unfold at their doorstep. Alex Garland
The Stranger depends on your continuing support to provide articles like this one. In return, we pledge our ongoing commitment to truthful, progressive journalism and serving our community. So if you’re able, please consider a small recurring contribution. Thank you—you are appreciated!
CONTRIBUTE NOW