Elliott Bay Books Had a Seance for Arkansas Swamp Poet Frank Stanford Last Night, and C.D. Wright Was There

Is that a gun in your pocket, Frank Stanford? Oh wait—it probably is? Courtesy of Copper Canyon Press
Sponsored

Before Copper Canyon Press released What About This: Collected Poems of Frank Stanford back in April, few people knew the work of this Arkansan, southern-seer-type poet. Lots of his stuff was out of print, unpublished, hard to find. I imagine reams of muddy paper stuffed in the hollows of guitars. Frogs hopping around all over them.

Despite his death by suicide in 1978 at the age of 29 he was quite prolific, and those who did know him were obsessed. I remember confessing to a fellow poet my ignorance of Stanford's work. His eyes grew wide, as if he were about to welcome me into paradise. Then he ran to his bookshelf and handed me a copy of the amazingly-titled The Battlefield Where the Moon Says I Love You, Stanford's 15,000 line epic full of vignettes strung together by associative images and a voice you immediately trusted. And also, often, the moon. It was some country-ass surrealism, and it was fun, dark, lonely.

Last night at Elliott Bay Books, Copper Canyon organized a bunch of folks to celebrate their release of Stanford's collected poems, including one of the US's great living poets, C.D. Wright, who was also a partner of Stanford's. People read their favorite Stanford poems. There was a banjo. Pics and the best lines of the night after the jump. 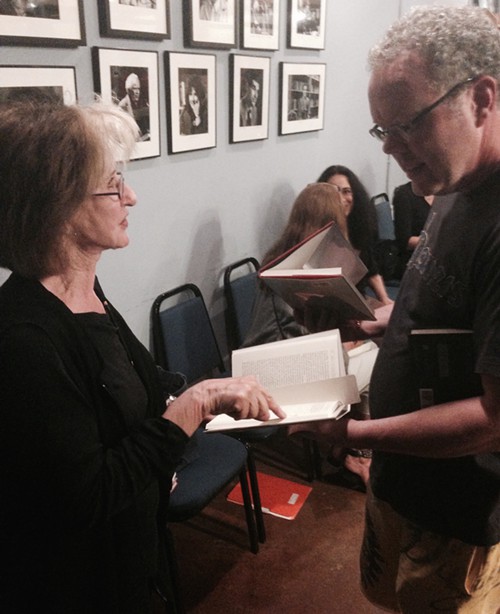 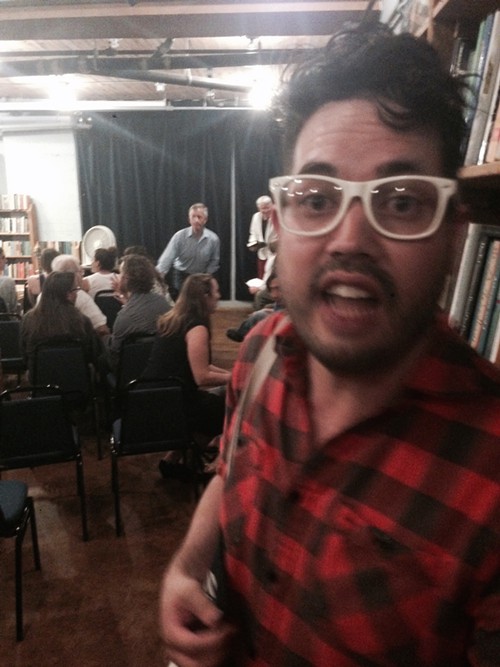 Elliott Bay bookseller Kenny Coble introduced his reading by saying, "'I'm going to die' is the first line of this poem, and that's how I feel right now." Rich Smith 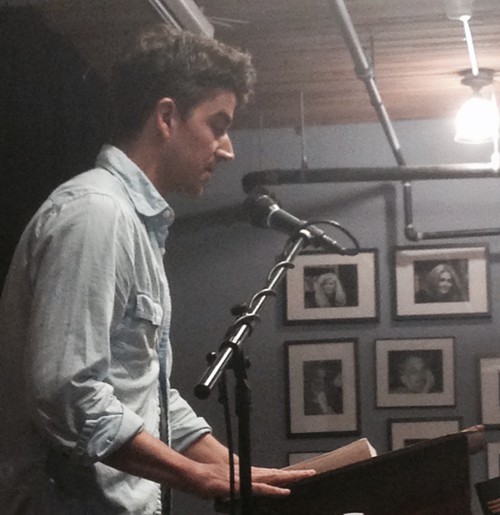 Poet and bookseller John Duvernoy, reading from The Battlefield...: "I who was to come have come dark and in love." Rich Smith 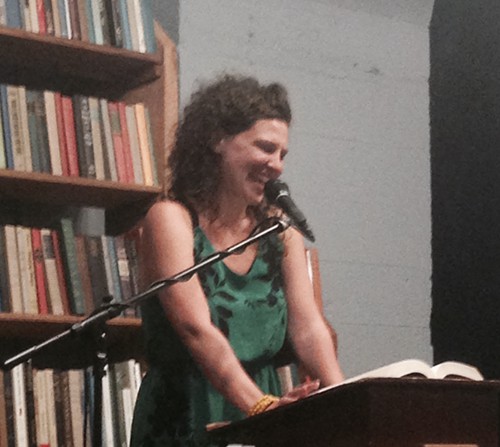 Community engagement coordinator/ associate editor for Copper Canyon/ writer Elaina Ellis reads: "She died on the table like that. Smoke coming out of his mouth." Rich Smith 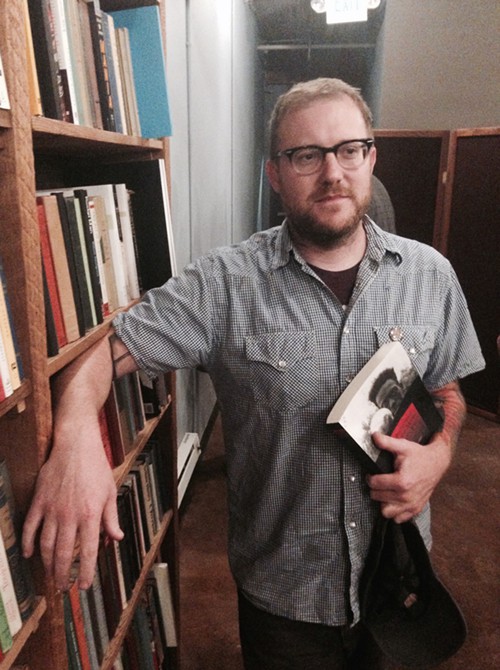 Portland-based poet Zachary Shomburg recounted his experience with The Battlefield...: "The book asks you to do a marathon reading of it, which I did with a few fellow poets of mine on a long tour. It kinda killed the conversation, but it was a really good way to get to know each other. Now we have the same Frank Stanford tattoo: 'Always swim at night.'" Rich Smith 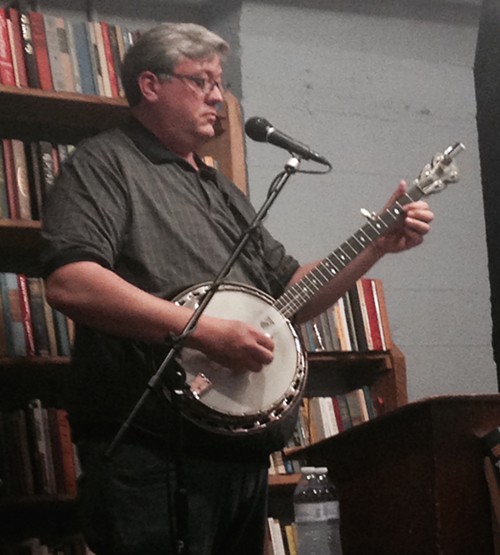 Copper Canyon poet and Ed Skoog turned into song a few poems from Frank Stanford's "Blue Yodel" series. He said, "Forgive my yodeling. Forgive yodeling generally. It's a trick that doesn't always come off right." He sang, "Tonight there's so much moon I could write you a letter / Instead I'm just going to leave." Rich Smith
The Stranger depends on your continuing support to provide articles like this one. In return, we pledge our ongoing commitment to truthful, progressive journalism and serving our community. So if you’re able, please consider a small recurring contribution. Thank you—you are appreciated!
CONTRIBUTE NOW