Two years ago, the talented tastemakers Sean Majors, Brian Lyons, and Wesley Holmes gathered over plates of tacos to talk about dance music—the emerging movements, their impact on the culture, and the ways in which they wanted to participate in and help guide the future scene. As DJs and event producers with a senior citizen’s worth of experience between them, the trio had been watching the community grow and change since the 1990s. Recognizing a gap between what had been and what is, this initial conversation led them to an agreement: to reinfuse the dance scene with the etiquette they had grown up with, that had made this microcosm feel so special. And they wanted to do this through a musical format rooted in house, techno and disco. A few hours later, Studio 4/4 was born.

The name is a play on Studio 54, with a hat tip to the four-on-the-floor sounds that help define this Thursday night weekly event. Studio 4/4 kicked off at Lo-Fi, but moved over to Q Nightclub just a little over a month later when Majors took over as the club’s Creative Director and has existed in that big, beautiful space ever since.

Sean Horton aka Nordic Soul warms up the crowd at the anniversary show. Brooklyn Benjestorf

I sat down with Majors before Studio 4/4’s two-year anniversary last night to talk about what went into building and growing this undeniably successful event, what makes it pop, and what draws club goers week after week to make it one of the most successful nights in Seattle.

Beyond simply hosting a weekly event built around four-on-the-floor dance music, what is your mission?

If I was going to specifically state the mission it would be to establish a bridge between the gap in music that occurred during the early-mid 2000s. Not that I’m trying to put it on the Bush administration, but there was a conservative time in art and music there where it was like Ying Yang Twins and Lil Jon, DJ AM and Vegas mashups and that sort of thing. Electronic music was kind of struggling here while the rest of the world was going crazy. And then literally when I was wondering if it would ever take hold, Skrillex and Deadmau5 and that whole thing happened in 2008/2009 and EDM just blew up. It spawned a whole new generation of people that were unaware of the existence of electronic music before that and they thought of it as a completely separate thing from what they were experiencing. In some ways it was, but we wanted to create a place for the people that we thought would enjoy and dig the culture we’d established—not just the music part of it, but the way you behave in a club, the way you treat people, the way you talk to people, the way you respectfully dance near people. Those are all tenets of our culture in a way that is so natural to us that we don’t even talk about them, but for other people, it’s a completely foreign thing. So partly it was a musical mission and partly it was a culture mission. 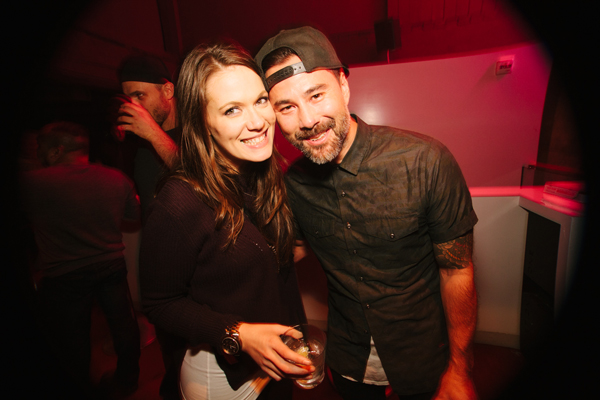 What were some of the early challenges with the night?

My goal on the music end of it was to bring a level of artist that was dangerous. I’ve always been really into doing things, like with the Trashed parties and some of the other concepts I’ve done, that people can’t or won’t do because maybe it’s not a great idea. This was something that now in retrospect totally looks like we knew what we were talking about—you look at the group of people involved and you’re like yeah, how could this not work? Having Brian Lyons and Wesley Holmes’ support is akin to gold plating and bullet proofing at the same time. But it was actually a fairly dumb idea. There were moments in the first four months when it seemed like it definitely wasn’t going to work out and then it got a little bit of traction.

Sean Horton (the founder of Decibel Festival and one of Studio 4/4’s curators) and I are both very focused individuals and tend to be very single minded when we chase after something. There’s a distinction between failure and success on some projects where it probably should be a failure and hopefully you quit at some point, and then there are projects where it isn’t a failure because you don’t give up where others likely would have, and ultimately they turn into something successful. Before the fourth or so month that we were doing it, it was a total failure both financially and in attendance. It was struggling to get consistent footing, but we just really, really wanted it to work, and the whole squad after the first month was fully invested in it. We have a very inspired crew that wasn’t going to walk away from the idea. 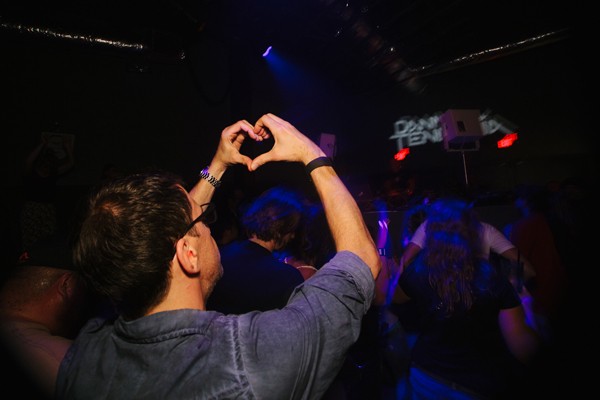 Studio 4/4 gets some love from the crowd. Brooklyn Benjestorf 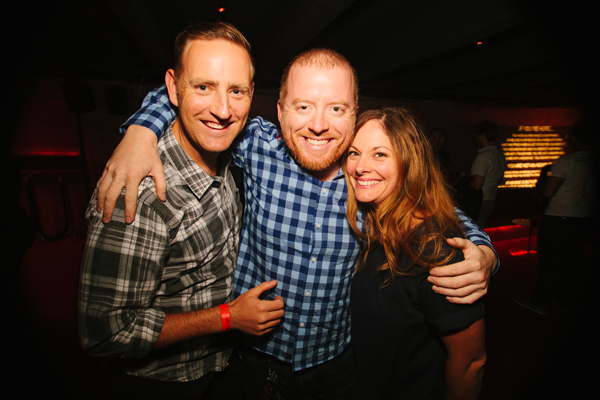 What are you doing to keep this night relevant as more and more events dedicated to similar styles of music emerge throughout the city?

I think one of the things that sets us apart is that the people involved are a pretty special group. Between the Lost Boys guys (Majors’ best friends), the Flammable guys, Sean Horton (Decibel), Kadeejah Streets (Innerflight), Supreme, Blueyedsoul—it’s a pretty remarkable crew that have done this very well and very consistently for a long time. The Flammable guys, Brian and Wes, that’s going back to the early-’90s and they are in this class of house music culture—they are the standards by which we measure our behavior and learn the nuances of how to treat people. It all starts with those guys. Sean Horton and his accomplishments with Decibel are really special. Even though people are starting new things up, every single one of these people has been doing it on the top level in the Northwest for over 10 years straight, some of them more than two decades, and so that I believe is what makes it really special.

The key after that is bringing in the younger generation: guys like FooFou and Bgeezy—the people that infuse new life and new blood into the thing and challenge it and want to take it different directions, that might push us into areas of discomfort, but we still call it house and techno, and keep it relevant based on the sounds that are happening and changing today. 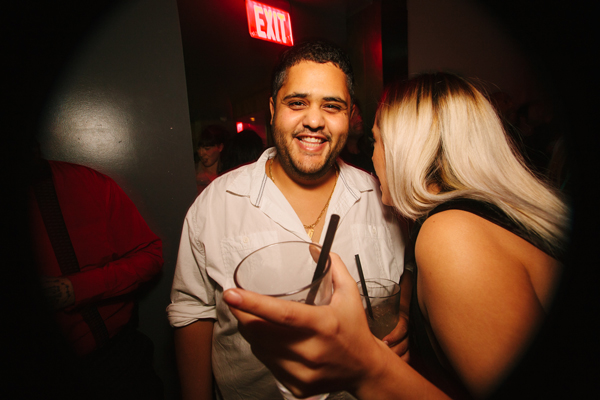 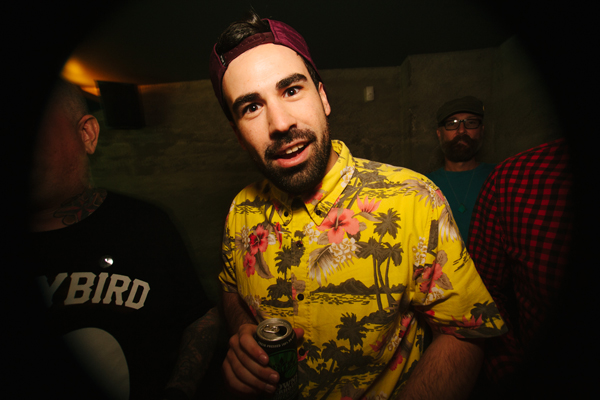 Studio 4/4 resident Mikey Mars. Brooklyn Benjestorf
Who are all of your resident DJs for Studio 4/4 these days, and how did you choose these individuals for that role?

The original residents are Blueyedsoul, Supreme, Nordic Soul, Wesley Holmes, Brian Lyons, Gene Lee, myself, and Kadeejah Streets. Fairly soon after that we added Eric Allen, FooFou, Mikey Mars, Tyler Brown, Bgeezy, Pinky Promise, Conner Thomas, and it just keeps growing. And choosing them involves two things: it’s who you are as a person, and then your artistry. They have to be what the rest of us perceive to be really high caliber in both categories. It’s important that you carry yourself in our little subculture and world in a way that represents what this is about, because all of us take a lot of pride in being part of this. It’s important that you carry yourself in such a way that you’re representing what we’re about, and you throw down. 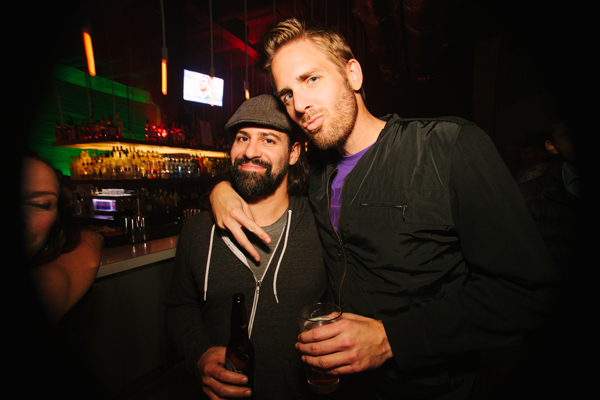 Danny Tenaglia (who headlined the two-year anniversary show) is wildly famous and renowned, as well as a pillar in the history of house music. He’s also never played Seattle in the span of his 30-year career. How did you convince him to come here to play?

The irony with Danny Tenaglia is he is one of a handful of Studio 54 residents that are alive, and he may be the only Studio 54 resident that’s alive and working. Of the famous ones that I know, none of them are available, and Danny’s the only one who’s still at the top of the food chain, still killing it, out in Ibiza doing his thing. The night’s a play on the most famous club in the history of the world, which is Studio 54, and I even have a photo of a night where Michael Jackson went to see Danny Tenaglia play at Studio 54 that Danny’s agent showed me at some point. His agent and I are friends and we’ve been talking about this for the entire time Studio 4/4 has been going on, but we kind of needed to get this thing to the point where our deep rooted house music and techno culture and our new younger culture would both be into this, and I believe that this is the perfect time for that.

There’s been something of a rekindling of the fire in the last few years or so. It’s definitely gotten so that people have been inspired again, are writing and being more involved DJing and all those kinds of things. And then there’s been this huge amount of people who’ve been a part of the EDM scene who’ve kind of been falling out of that and looking around for more interesting or challenging sounds, or figuring out what the roots of their culture are and how far they go back. That story has all kind of reached a tipping point and we believe that this is a perfect opportunity with the anniversary to have Danny come out—that we would have enough of the old school and enough of the new school, and it’d be educational. Seeing Danny Tenaglia is a life event. He’s a bucket list kind of DJ for a lot of people and so this has become a very big deal and we’re pretty excited about it. 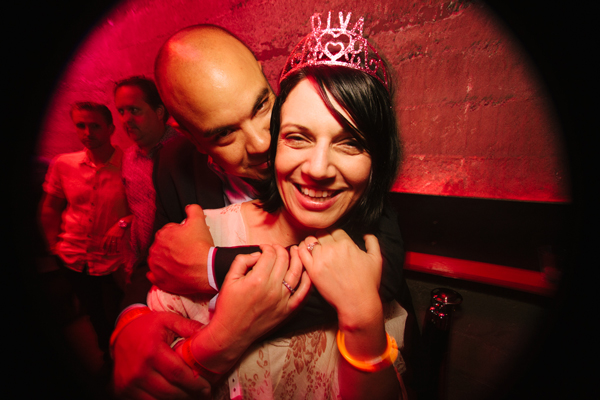 How are you going to top that for the next anniversary?
I’m running out of bigger, so bigger isn’t as much a thing anymore. At this point, the mission goes forward and backwards, which is I think for me the most beautiful and challenging part of this night. It’s telling the mission, teaching the old school about what’s on the front right now, what’s challenging and pushing the boundaries, and it’s still house, but it’s different from anything that’s ever been done and takes in these new influences and new sounds—that convergence between this is how it has been and this is the way it could be, which goes on in all styles of music, is part of growth. Then also on the other side, having the younger, under-25s essentially looking over their shoulder and realizing that this goes back 30+ years to crazy clubs in Chicago and New York that had people rollerskating through them while they were on the dance floor at 7 in the morning, dancing to Larry Levan and some of the legends of that time—helping them see that this thing has been magic and has felt amazing the whole time, and having them tap into that history. Pushing forward and backward are the two sides of the coin here, so my goal particularly on the anniversaries is to have somebody that I feel like does a really good job of exemplifying that and Danny is perfect this year. We’ll see what we can come up with next year.