A Few Things I Noticed About the Washington Coast 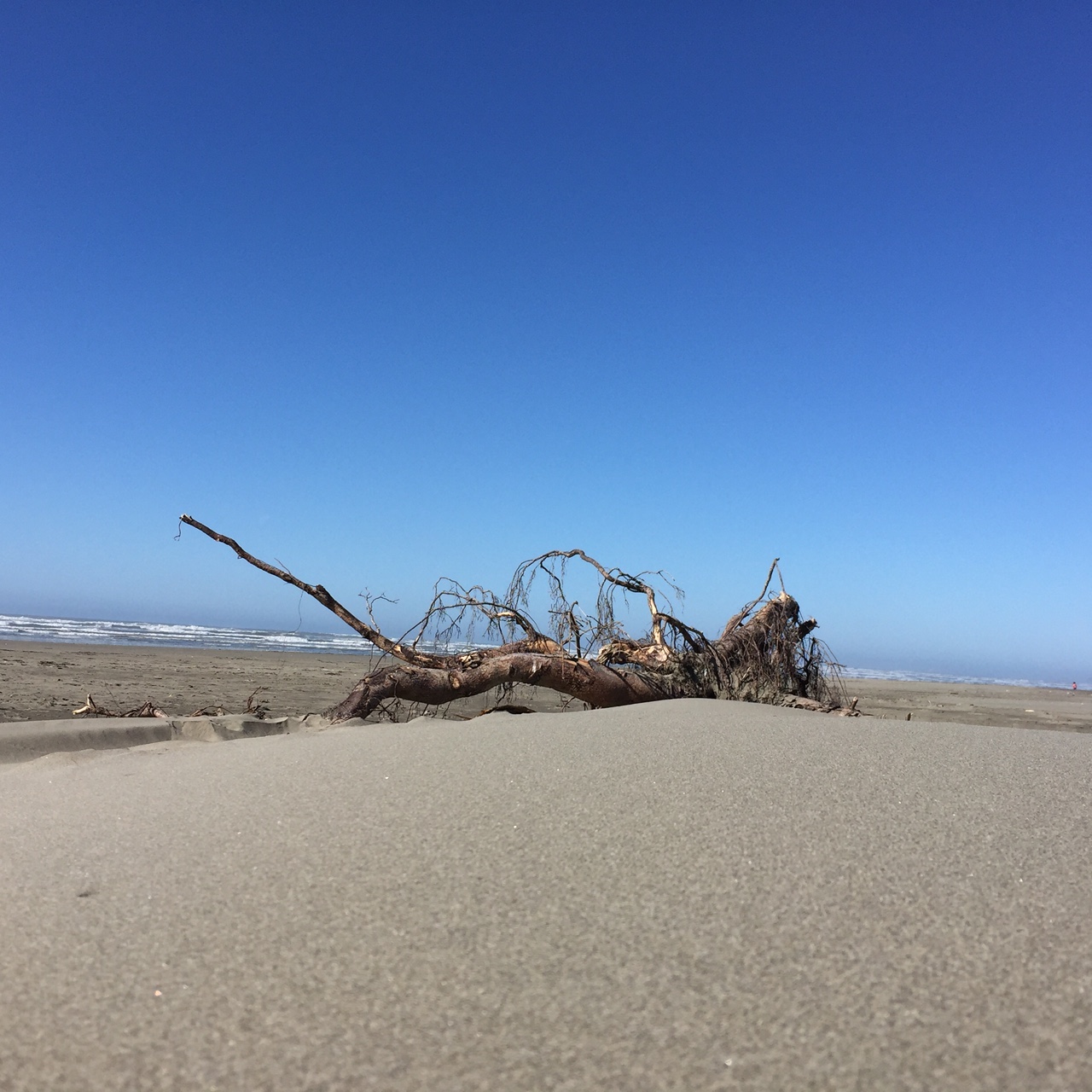 This weekend, I went to the Washington coast (Moclips) for the first time. As a former Northern Californian, I was struck by some extreme differences in the beach-going experience between there and here.

1. The beach here is very flat: It’s flat, and wide, and stretches for miles. In Northern California, the coast is cliffier, craggier, more jagged and dramatic. You're often looking at it from the inside of a car, trying not to get car sick.

2. Speaking of cars, you can drive yours directly onto the beach: Because of the flat and wide nature of the beach here, people just drive right onto it from the street. And then drive wherever. I saw someone trying to do doughnuts in the sand. It’s a total free-for-all. And this is legal. This just doesn’t seem right. 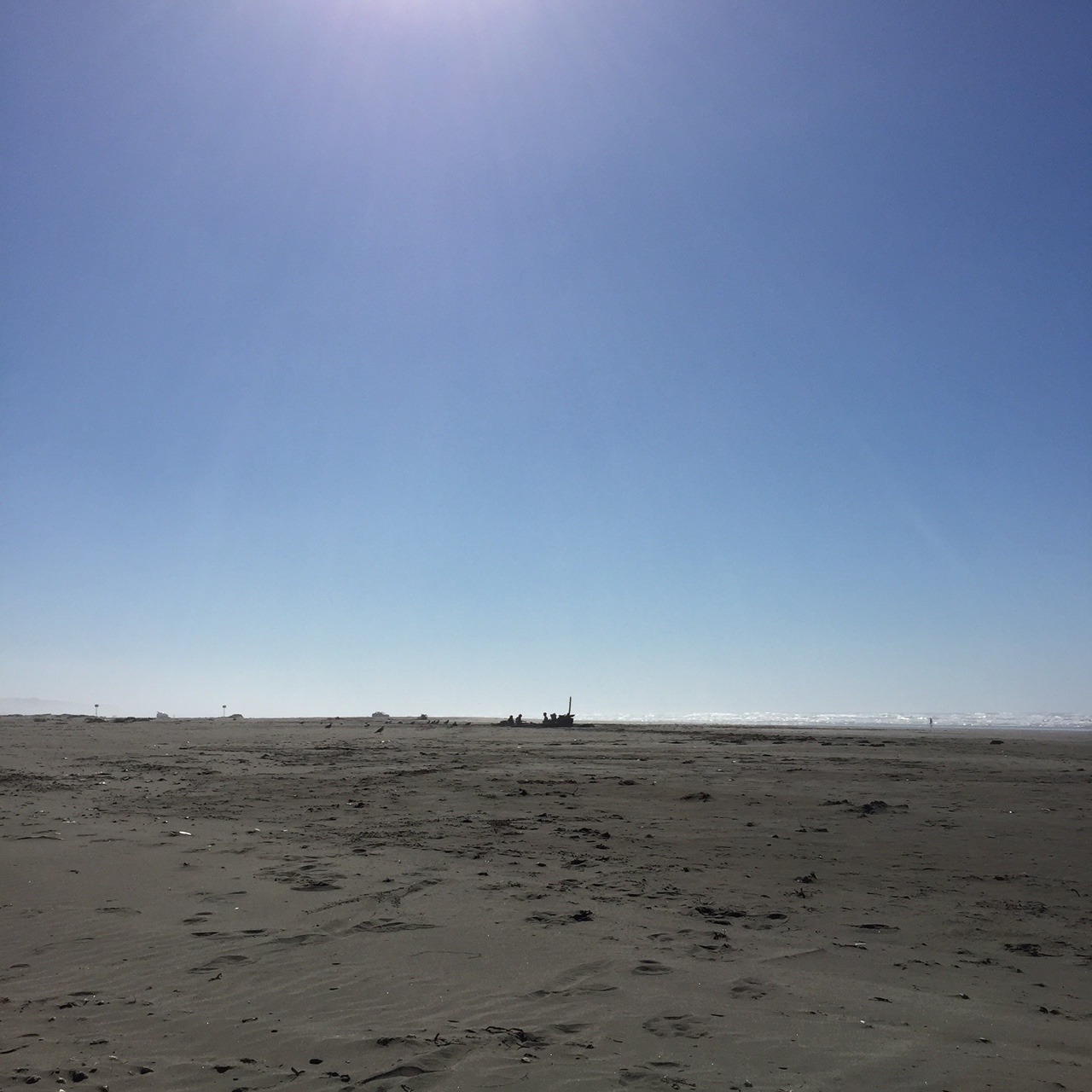 3. The coast has not been gentrified: In Northern California, the bed-and-breakfasts are expensive, the vacation homes are huge, the lines for artisanal sandwiches are long. There are yoga retreats and yurts and glamping. The coast has become the playland for the rich. In Washington, the coast is still the domain of RVs and motels and places that look like they were built in 1975 and not touched since (although I saw some newly built townhouses near Ocean Shores that looked fancy-ish). I know it's the off-season, but there was hardly anyone there.

4. There’s a conspicuous lack of shells, seaweed, rocks, birds, etc.: Besides a few sand dollars and a bunch of washed-up jellyfish, I found very little in the way of seashore detritus. On Northern California beaches you’re stepping around giant piles of pungent seaweed and jagged rocks with mini tide pools filled with shells and sea life. Maybe it was just the particular stretch of coast I was on, but the barrenness was striking.

There are similarities, too (freezing water, clouds mixed with burning sun) but the coast here is much more low-key and affordable. I wonder how much longer it’ll stay that way. 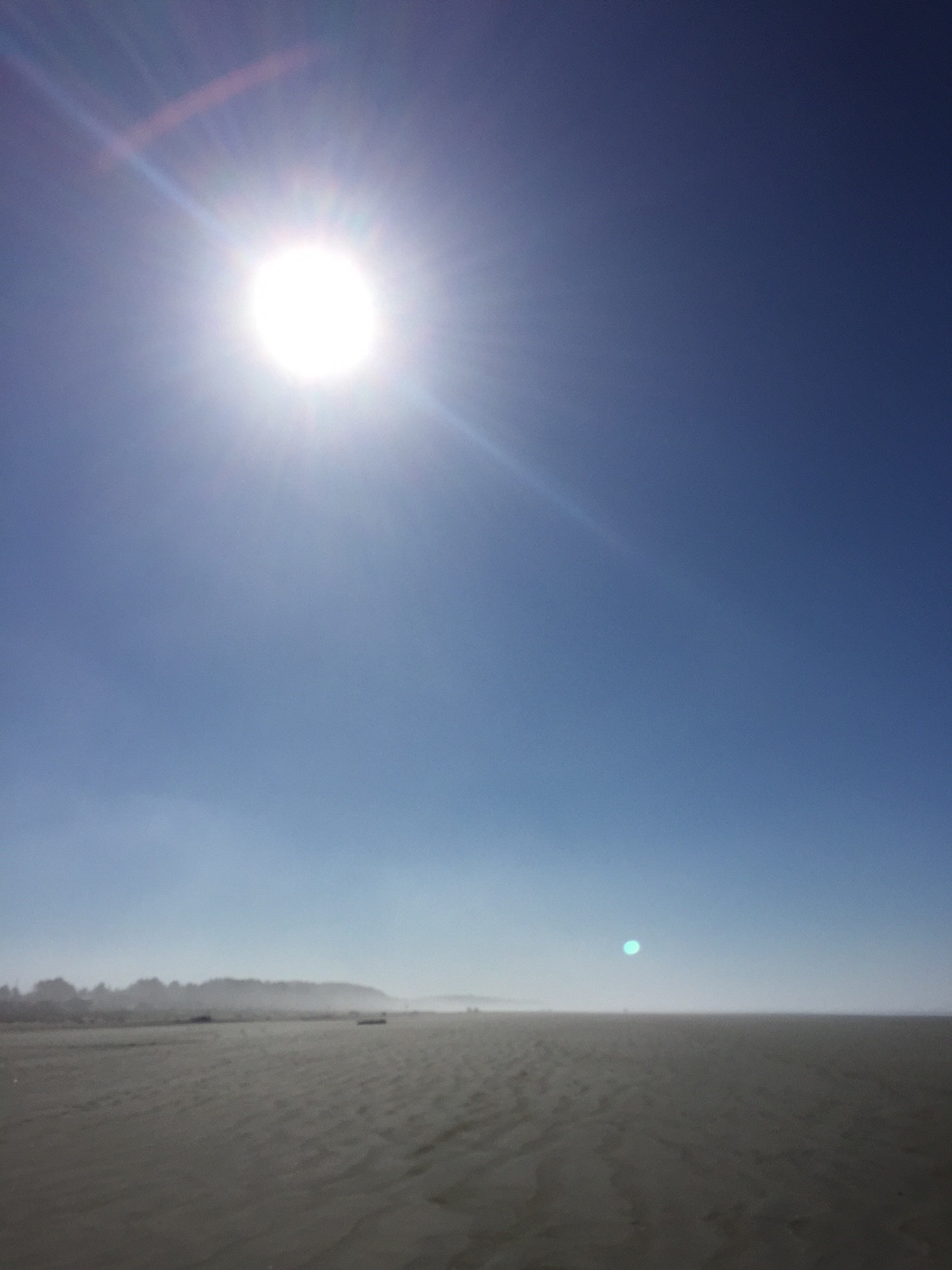 As flat as the eye can see. KR
The Stranger depends on your continuing support to provide articles like this one. In return, we pledge our ongoing commitment to truthful, progressive journalism and serving our community. So if you’re able, please consider a small recurring contribution. Thank you—you are appreciated!
CONTRIBUTE NOW