A winter storm over the weekend blanketed Snoqualmie Pass in snow. Estar/Shutterstock
Sponsored

Eastbound I-90 Closed Due to Rockslide: A severe snowstorm resulted in fallen trees and a rockslide early this morning, closing all eastbound traffic over Snoqualmie Pass until further notice. All eastbound vehicles are being held at North Bend.

How Microsoft Avoids Paying Its Fair Share of Taxes: While billing itself as a model corporate citizen, the Redmond company has avoided paying billions in taxes by conducting sales in places such as Ireland, Singapore and Puerto Rico—places with low tax rates.

Seattle Organizations Launch Effort to Help People with Criminal Backgrounds Find Housing: Currently, landlords use backgrounds checks to screen out prospective tenants with criminal backgrounds, but a new campaign launching today would push for legislation that would ban the practice.

The Seattle City Council Will Vote Today on Whether to Allow Lyft and Uber Drivers to Unionize: Here’s why drivers want to organize and what it would mean, and here’s why people should stop freaking out about it.

If you don't like Zipcar or Car2Go, Turo may be for you. Turo

Speaking of Car-Sharing Services, Turo Is the Airbnb for Cars: There’s a newish peer-to-peer sharing service for cars, which allows owners to list their vehicles on a website for others to rent.

Coast Guard Rescues Man from Water Near Ferry Terminal: A man was rescued early this morning from the water near the Colman Dock after falling off a pier. He was found clinging to a piling after being in the water for about an hour, and was taken to the hospital for hypothermia, reports KOMO. 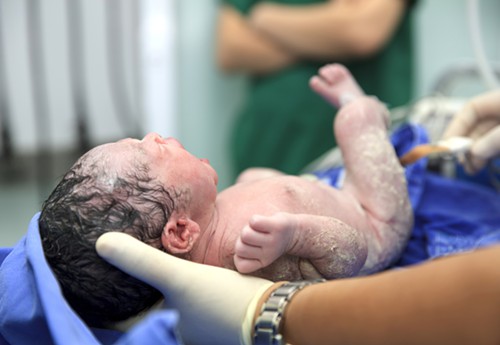 Forty babies in Central Washington have died from anencephaly since 2010. Naypong/Shutterstock

Babies in Central Washington Dying from Rare Birth Defect: The Seattle Times released an investigative report showing the number of babies in Yakima, Benton, and Franklin counties dying from anencephaly is five times higher than the national average.

The Birth Defect May Be Linked to the State’s Lack of Coverage for Folic Acid Vitamins for Pregnant Women: As a result of the Times’ report, state officials are rewriting rules to give more women access to the vitamins that can help prevent the disorder.

Washington State Isn’t Actively Monitoring Birth Defects That Would Identify Clusters: Instead, the state relies on a “passive” system of voluntary reporting, but not all health-care providers report birth defects.

The Seahawks Beat the Ravens: They’re now in a position for an NFC wild card.

Police Investigating a Shooting in Belltown: SPD says the shooting happened in 2100 block of Third Avenue at 3 a.m. Sunday morning. Officers arrived and found a man in his forties on the sidewalk. He was transported to Harborview where he later died. Anyone with information is asked to call the SPD tip line: (206) 233-5000.

World Leaders Agree on Landmark Climate Deal in Paris: The accord will require nearly every country to lower its greenhouse gas emissions, cutting them by about half as is necessary to stave off an increase in atmospheric temperatures of 2 degrees Celsius, but Bill McKibben says those goals are “modest” and don’t go nearly far enough.

What Can You Do in Your Personal Life to Help Fight Climate Change? Stop eating red meat and stop driving, among other things.