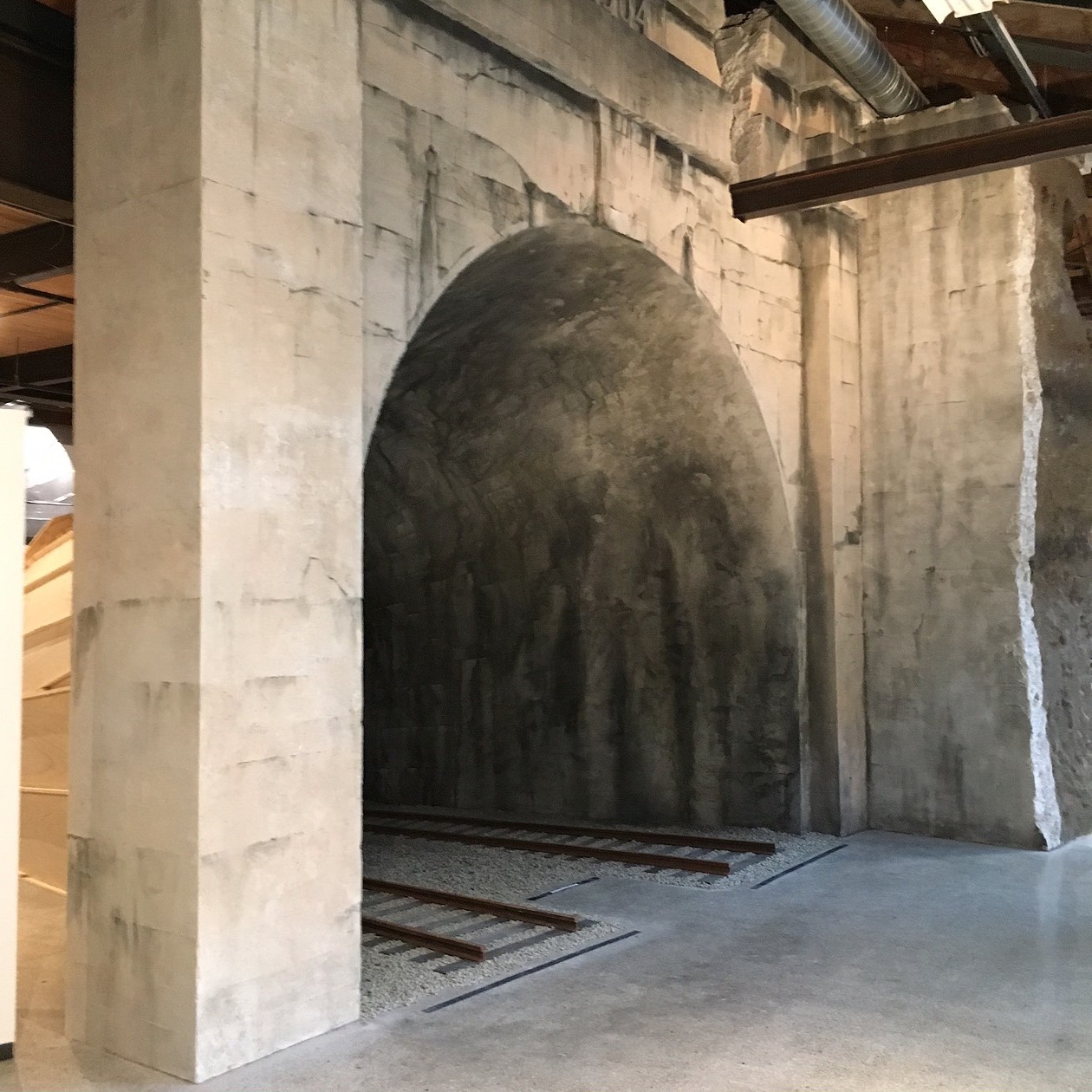 Rick Araluce's meticulously recreated Great Northern Tunnel, and its back side at left.
Sponsored

As I write this, I'm perched in a Pioneer Square cafe that sits directly above the southern portal of the Great Northern train tunnel. The tunnel runs through downtown but regular folks may not ever think of it because it's not the main commuter track (correction to original: it does run Amtrak and Sounder trains). I always assumed it was out of commission.

On the contrary, the Great Northern tunnel is the carrier of all the materials that are powering the city's transformation at this moment. What travels through this tunnel emerges to street level and then builds up into towering office buildings. This tunnel is where the city is made.

The artist Rick Araluce built a copy of the tunnel at Mad Art, which you can go and see through February 27. Araluce is a Seattle artist (and the lead artist at Seattle Opera, interestingly) who uses scale in order to urge his viewers to leave this world and enter another, imaginary one, where they might experience some vague but powerful sensations made of a stew of memory and dreams. Most often, Araluce's sculptures are little, meticulous dioramas inside glass-fronted boxes, and a few of those are on display at Mad Art.

But The Great Northern is the main event. It is just less than half-scale. It is the largest thing Araluce has ever made. A light in the tunnel gets brighter and brighter, the sound of a train gets louder and louder, and then it passes. And starts over.

Araluce leaves the back of the sculpture completely exposed so that you see it's nothing but a set of wooden bones and paint and lights and smoke and mirrors. He wants to be as artificial as he needs to be in order to be as true as he can be in his conjuring of an imaginary sense of the tunnel that sits underneath Seattle, but that few of us go inside, where the trains are always coming and going, but not for us—we only imagine the lights and sounds of their arrivals and departures. The south portal is just that: a portal, not a station.

Araluce's mix of artificial and real reminds me of something I read about in Tony Horwitz's book about his adventures with Confederate soldier reenactors. The most hardcore reenactors, he describes, do the historical marches step by step, with heavy bags slung over their shoulders, eating lard and reading actual pre-written "letters from home," sleeping every night in a ditch regardless of the bugs and the wet and the heat or the cold of Virginia.

But when those soldiers arrive at the battlefield after all their travels, and it's time for the anniversary of the battle itself, they retreat and let the less-hardcore reenactors take over. The most hardcore guys refuse to play-act at war itself.

Araluce, too, marches all the way up to that final ditch, building his tunnel exactingly over the span of weeks and weeks. But real was never the goal. 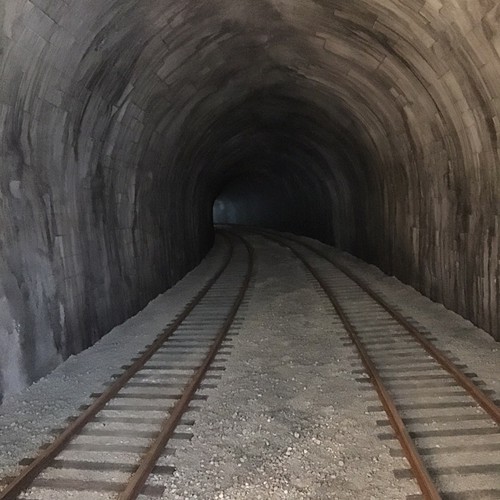 Standing at the mouth of Araluce's tunnel, with the distant light waxing. 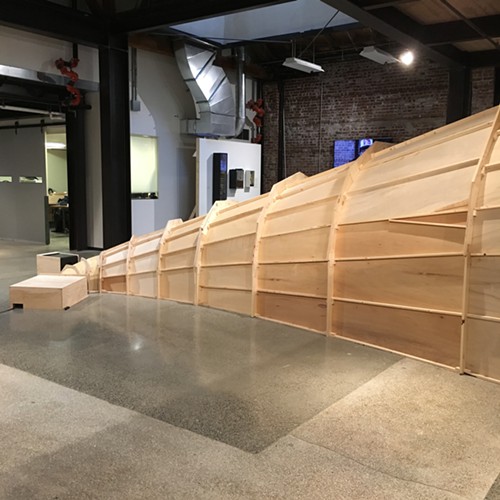 Backstage.
The Stranger depends on your continuing support to provide articles like this one. In return, we pledge our ongoing commitment to truthful, progressive journalism and serving our community. So if you’re able, please consider a small recurring contribution. Thank you—you are appreciated!
CONTRIBUTE NOW