The Maintenance Phase Co-host and Your Fat Friend Columnist Wrote 20 Short, Sourced Arguments You Can Hand to Your Body-Shaming Mom (and Doctor) 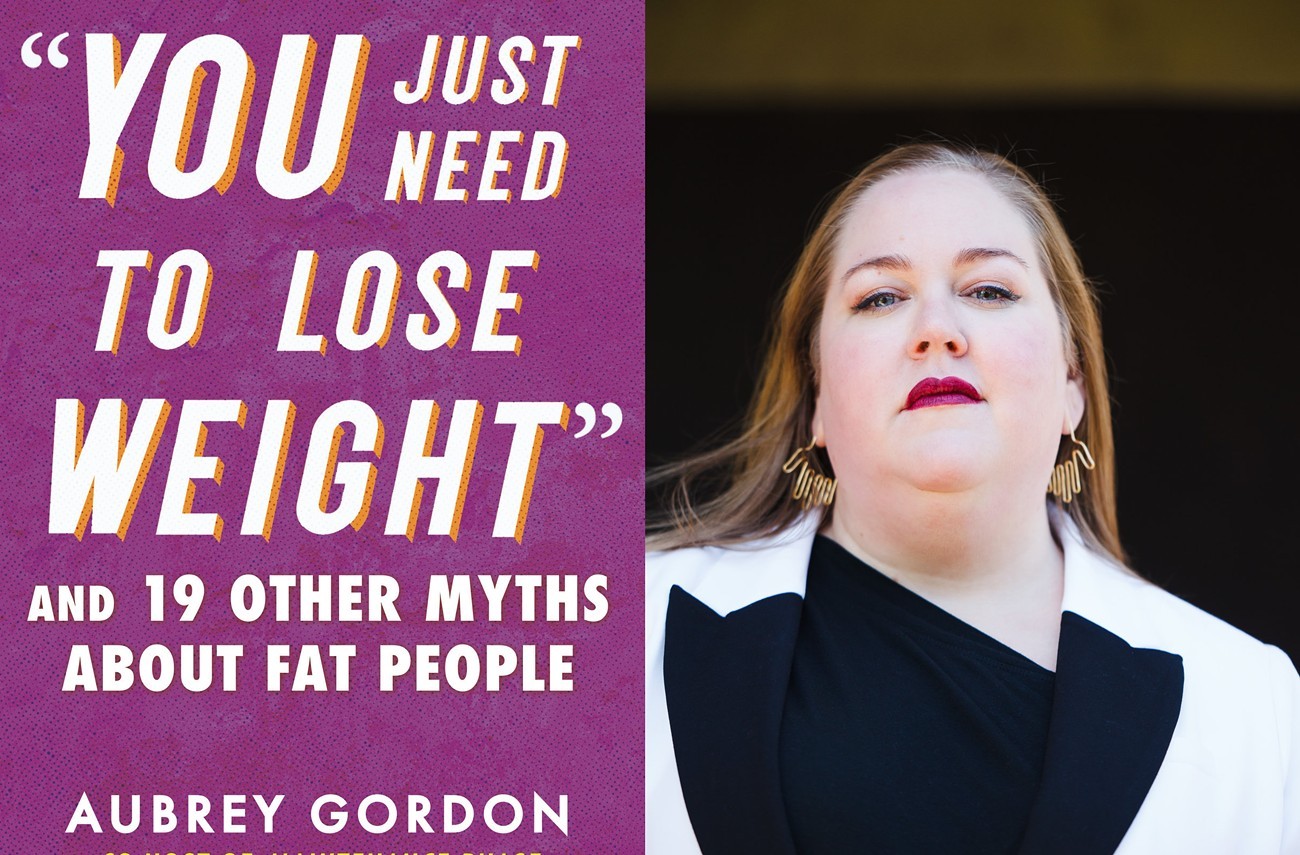 As if on cue, the day before the release of Aubrey Gordon's new book, “You Just Need to Lose Weight” and 19 Other Myths About Fat People, the American Academy of Pediatrics released a new recommendation on how to treat children it deemed obese.

While the new instruction is not wholly alarming—it opens by encouraging health providers to consider the "complex genetic, physiologic, socioeconomic, and environmental contributors" of their patients—it does allow for consideration of weight loss medication for children as young as 12 and surgical interventions at 13. It also relies on the body mass index (BMI) for measurements (because better measurements are "expensive and difficult") and just, in general, is grounded in an idea of obesity as a chronic disease.

Regardless of the AAP's intentions, it's undeniable that things are about to get weird(er) for fat children. Which is precisely why Gordon's follow-up to her 2020 What We Don't Talk About When We Talk About Fat should hit your book bag like a wooden sword into your LARPing scabbard.

Known pseudonymously for years via a column she writes for Self called Your Fat Friend, the Portland-based author also co-hosts a popular dieting and wellness debunking podcast, Maintenance Phase, with journalist and known deep research diver Michael Hobbes (You're Wrong About, If Books Could Kill).

Dedicated episodes of Maintenance Phase have explored specific fad diets (like ketogenic or Jordan Peterson's bizarre meat-only approach) and flawed wellness conventions (BMI, the Food Pyramid), so it follows that some of the topics in “You Just Need to Lose Weight” have been covered on the podcast.

On a recent episode, Gordon described her new book as: "20 short chapters [on topics] that our listeners have requested.. 'five pages that I can hand to my doctor'… 'a little packet that I can give to my family to keep them off my little brother's back, about his size.'"

“You Just Need to Lose Weight” isn't exactly breaking new ground on these ideas—it's more firming that ground up. Gordon's writing is tight and sourced (there are 28 pages of citations), and the chapters are written in a highly-readable essay style. You'll find personal stories mixed in, providing a narrative foothold to understand the research.

And while Gordon is up on the latest working theories for rhetorical news writing, "You Just Need to Lose Weight” doesn't carry a heavy hammer of indoctrination. Rather, she seems to be trying to encourage dialectical thought. It's not this or that. It's this and that and that and that.

There will be moments in “You Just Need to Lose Weight” that will challenge readers. The chapter titled "Myth 19: Skinny Shaming Is Just as Bad as Fat Shaming" is bound to bring harrumphs, if not outright screeds. In it, Gordon cooly lays out things that many will not want to hear: body shaming is wrong even when aimed at people you disagree with, skinny shaming doesn't meet the same bar of systemic aggression that fat people endure.

Gordon's focus on the existential threats fat people face is one of the book's most remarkable aspects. Yes, it fucking hurts to be rejected socially based on your appearance, but what about anti-fat discrimination that results in a lower salary or ignored medical concerns? Gordon offers plenty of examples of these discriminations, which reach even into the criminal justice system.

“You Just Need to Lose Weight” opens the door for nuance, while shutting it on harmful, prevalent myths. Gordon deserves praise for fighting the good fight. But it also begs the question: What does it say about our society that she had to write such a well-rounded defense in the first place?

Comments 5
Tags: Books
The Stranger depends on your continuing support to provide articles like this one. In return, we pledge our ongoing commitment to truthful, progressive journalism and serving our community. So if you’re able, please consider a small recurring contribution. Thank you—you are appreciated!
CONTRIBUTE NOW