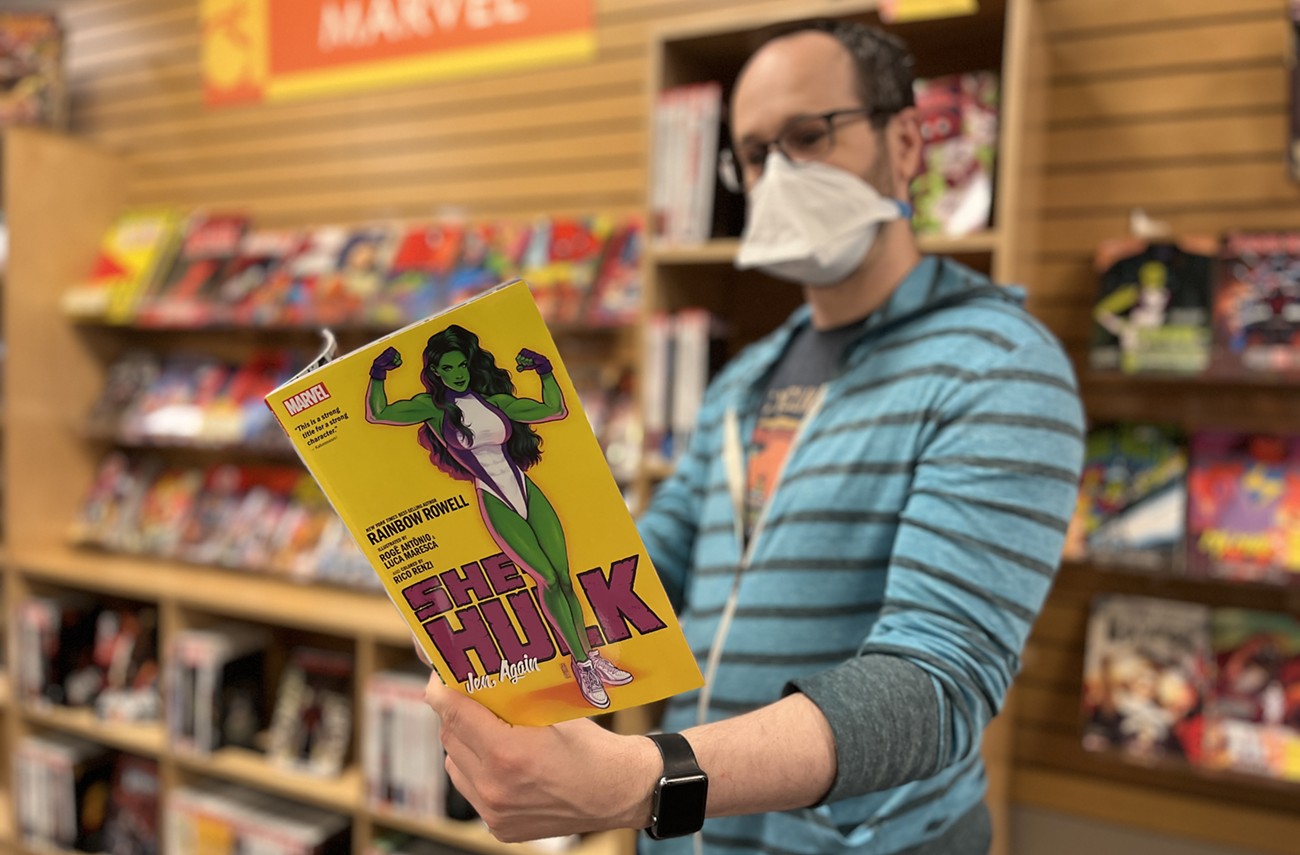 I have three tales of terror to review this week, and I can’t help noticing that there’s an inverse relationship between the level of gore and how actually scary the book is. One is a tale of undead evil that is drawn so inoffensively I’d feel comfortable giving it to an 8-year-old, another has a fleeting spill of guts, and the third features an explicit decapitation. And yet! It’s the one with all-ages art that I found most chilling while the one with the most bloodshed made me yawn. Maybe spookiness works best when the audience is invited to bring their anxieties to the tale and fill in the frights on their own.

Thanks as always to Phoenix Comics for helping to sort through the week’s new comics!

Leonide the Vampyr: Miracle at the Crow’s Head

Don’t tease us like this, Leonide. Though this comic is billed as a standalone one-shot, it ends on a tantalizing “end of part one.” Hopefully, there will be more because this is the best scary story I’ve read in years.

In a gloomy seaside village, morose townspeople wish for a better life; when a coffin containing a young girl washes ashore, they’re delighted to find that she lives and brings them great joy... but, as any reader of myths will expect, not without a cost. Creepy and haunting, the story is told with excellent campfire-tale flourishes, comparable to Neil Gaiman’s best work. Rachele Aragno’s beautiful art captures the sense of impending dread with gorgeous composition and layout (I’m reminded of the Courtney Crumrin books). The publisher promises that this is the first of a series of stories, and though details about that are scant, I look forward to the continuation of this saga, particularly given the surprising hero and villains who are left at a detente in the final pages. 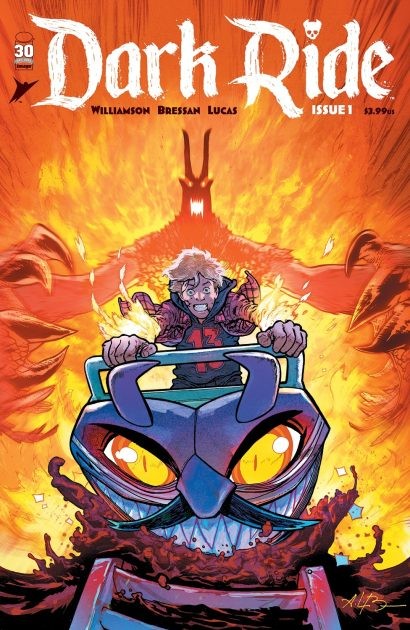 I’m certainly not the first person to note the strange siblingship between sex and horror, and Dark Ride provides an interesting comparison of both. Unfortunately, the sexiness and scariness are undone by the same misstep, that of trying too hard. Just as sexiness is sabotaged by declaring “I’m doing something sexy now,” the horror of this new series is undercut by how much effort the writing expends of reminding the reader that it’s meant to be scary.

We start with an intriguing premise: A murderer designs a horror-themed amusement park outside Las Vegas that becomes a runaway hit, and a young fan is enthused to get a job at the park he’s idolized his whole life. Behind the scenes, the adult son of the park’s founder struggles to keep the business running while competing with his bombshell sister for parental approval. And of course, unseen wicked forces are feeding off of the park’s success. Great stuff, and it’s a very enjoyable tale of terror about 75 percent of the time. The other quarter of the dialogue is characters grinding the macabre proceedings to a halt by explaining and re-explaining the premise. There’s a reason the Cryptkeeper only appears at the beginning and end of every episode; just let ghouls be ghouls! 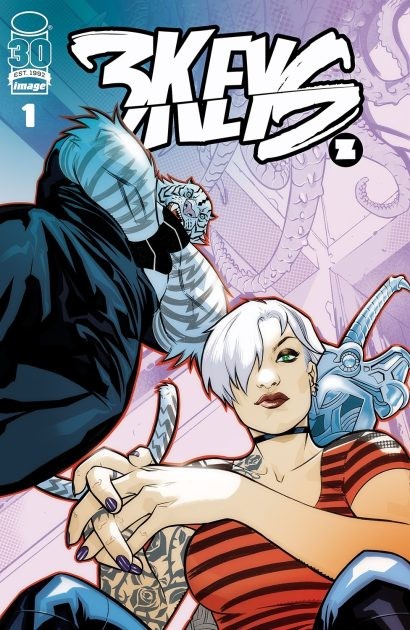 Something seems to have been lost in translation with this one, a confusing mish-mash of overbaked plot and characters drawn in such a way that it’s impossible to tell who they’re talking to. We begin with a tediously confusing introduction, full of overlong sentences (and jam-packed with digressions [like this one, which reminds me of how I got distracted at the grocery store yesterday and forgot to get almond milk (which I’m not even sure I should be drinking since don’t almond farms use too much water?) because I got a notification that made me forget what I was doing, an extremely unpleasant experience] that are impossible to enjoy reading) explains that creatures from parallel universes are invading ours through a dream realm. (I’m exhausted already.) Then we jump-cut to a comic book shop where everyone seems to be hollering the middle part of different conversations. Some women make plans to hang out (or possibly make out???) and then someone fights a giant baby that is actually a monster. Good luck following the action in scenes where the backgrounds offer no points of orientation (that is when they’re even drawn at all). And good luck understanding relationships between characters who just gaze into the distance while shouting declarations that have absolutely nothing to do with anything. Unfocused, befuddling, and unemotional, with a stilted art style more suited to Mary Worth than adventure.

Also hitting stands this week is a new She-Hulk story (I’m getting tired of calling Jessica She-Hulk when really it should be just “Hulk,” and Bruce that we’re calling He-Hulk). Rain is out in trade paperback (I thought the debut issue was okay, not great). Little Monsters, a tale of vampire children, gets a TP as well, and Saga lives up to its name with a tenth volume. Gotham City and the Joker each launch a new series this week, and Dan Slott is back on Spider-Man. I’m excited for the new Robin series, which presents a bisexual boy detective. And Bruce Campbell has penned a comic called Sgt. Rock vs. the Army of the Dead. Normally any book written by a celebrity (especially an actor!) is a dismal read, but I’m willing to give Bruce a chance. 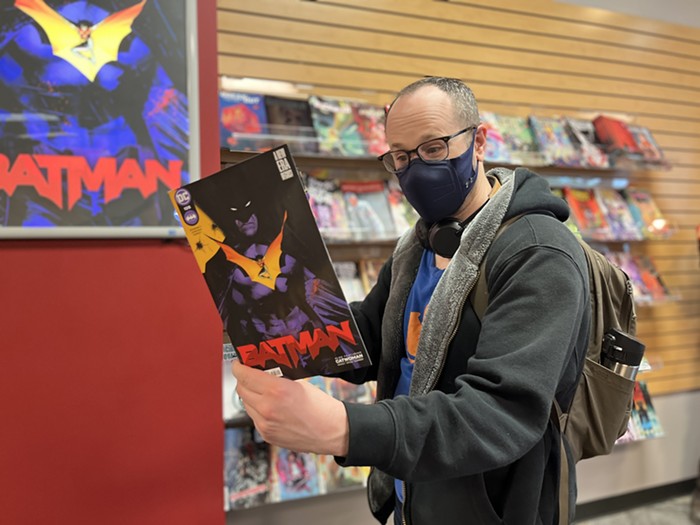