What Does It Take to Get Them to Pick Up the Phone? 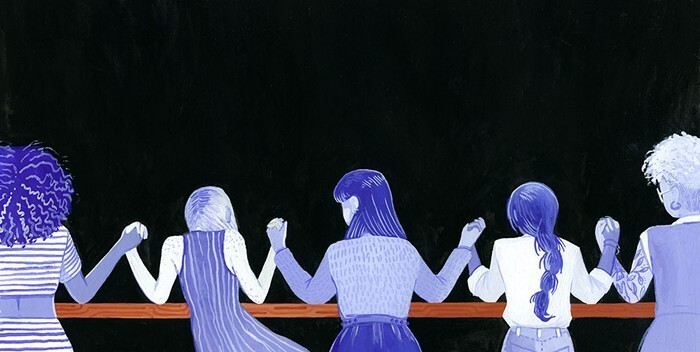 In an emailed statement, Jake Gravbrot’s attorney said he “fully denies any and all defamatory allegations against him.” JENSINE ECKWALL

What does it take for the Seattle Police Department to begin investigating allegations of serial sexual assault and allegations of recording sex acts without consent?

In the case against Seattle-area freelance photographer Jake Gravbot, it wasn't enough for a podcaster and advocate to hand the cops a mountain of evidence, including hours of recorded interviews with alleged victims, screenshots of dozens of anonymous reports on social media, and more than 20,000 signatures on a Change.org petition demanding the department take the allegations seriously. Instead, the cops required the women to contact them directly before they would take action.

This isn’t the first time in the last year that survivors and advocates reported feeling as if SPD hadn’t been treating their cases as a priority. Last summer, the Seattle Times reported that SPD was failing to assign detectives to investigate sexual assault cases allegedly due to the department’s staffing shortage, all while simultaneously adding officers to units dedicated to addressing property crime and encampment removals.

In response to those reports, SPD Chief Adrian Diaz pledged to focus the department’s work on “ensuring justice for ALL victims.” In the opinion of women who have come forward to publicly accuse Gravbrot of sexual assault and misconduct, SPD has failed to live up to that standard yet again.

In the most recent season of the true crime podcast Something Was Wrong, several women accused Gravbrot of videotaping sexual encounters with them without their prior consent and coercing them into sex through intimidation, which they considered nonconsensual. One woman said he had sex with her in her sleep without consent. Two of those women, Kaylan von Sothen and Melissa Mullinnex, are the mothers of two of Gravbrot’s four children.

In interviews with The Stranger, both von Sothen and Mullinex alleged that Gravbrot’s pattern of recording sex without their prior consent began more than a decade ago. Once they began sharing their experiences with one another, they became convinced they were not the only women to suffer this alleged abuse. And once they started chatting around their social circles, they discovered they were not.

In collaboration with two other women who alleged they experienced similar coercion and abuse during relationships with Gravbrot, von Sothen and Mullinnex created an Instagram account in December 2021 to share their allegations with the hope of warning other women.

Once they started the Instagram account, they said they uncovered dozens of potential victims alleging similar instances of abuse. In separate interviews, both von Sothen and Mullinnex estimated that approximately 45 women leveled allegations of misconduct and assault against Gravbrot. They said most of the accounts described interactions within the last two years.

In an emailed statement, Gravbrot’s attorney said he “fully denies any and all defamatory allegations against him.”

As in many cases involving allegations of sexual assault or misconduct, it has taken years for von Sothen and Mullinnex to share their allegations publicly. However, they have collected far more evidence supporting their allegations than is typical when survivors report years-old accusations.

Alongside screenshots of the Instagram users making allegations similar to their own, the women provided Something Was Wrong host and survivors’ advocate Tiffany Reese with screenshots of messages where Gravbrot claims to have a recording of sex with von Sothen that she did not consent to. They also pointed to a screenshot of a since-deleted Instagram post from Gravbrot showing a security camera pointed at his bed, allegedly for the purpose of monitoring his cats while he was at work, according to the caption on the post.

They also produced several protection orders granted by judges after hearing their testimony alongside Gravbrot’s version of events, plus court records from a case where Gravbrot was convicted of child abuse against Mullinnex’s daughter.

Reese said she shared with the Seattle Police Department all the evidence she and the women who participated in her podcast produced. Earlier this fall, she gave SPD's Sexual Assault Unit (SAU) transcripts of unedited interviews with each person who made an allegation, as well as the screenshots and other digital evidence supporting the accusations.

On top of that, she included contact information for each of the survivors. She also offered to help the SAU detectives coordinate interviews with the women, who, as Reese told SAU, were willing to participate in any investigation. Mullinnex and von Sothen also provided Reese with statements addressed to SPD that summarized their allegations against him, which Reese included in the packet of evidence she gave the cops.

Despite having all this evidence and contact information for cooperative witnesses presented on a silver platter, Reese said SPD did not substantively engage with her or reach out to any of the potential survivors for months after she first contacted the police.

Reese received a brief status update in October that the Sergeant leading the SAU had received the evidence she collected, but none of the women for whom Reese included contact information reported receiving a call from SPD. Reese reached out to SPD again on December 16 but did not receive a response.

Out of frustration with the lack of engagement from SPD, Reese started a Change.org petition for her audience to demonstrate the community’s desire for the cops to take this case seriously. As of this publication, more than 20,000 people have signed. Still, Reese had heard nothing from SPD–until Wednesday.

After The Stranger requested comment from SPD as to why SAU detectives had not substantively responded to Reese’s outreach or attempted to contact the women whose information Reese provided, Reese finally received a call back from SAU.

Reese said the officer explained to her that the department only usually takes action when it receives direct reports of alleged crimes from the victims themselves, not from third parties such as Reese.

That answer frustrated Reese, who said she was appalled that the police would expect each of the accusers to come forward individually when they had already put in so much time and effort to compile evidence supporting their allegations. In an interview, she explained that the women decided to have her reach out to the cops in the hopes that seeing all of the evidence supporting their allegations at once—instead of through individual reports—would cause the cops to take the case more seriously.

In an interview, Sergeant John O’Neill explained that SPD’s policy of requiring victims to contact them directly stems from two general concerns. First, they aren’t always able to trust the credibility of third parties who report crimes that allegedly happened to someone else. O’Neill also explained that the department’s limited staffing means they have to be careful to avoid spending time on cases where victims may not cooperate with a subsequent prosecution, and having victims contact the department directly is a reliable way to make sure they know the victim will cooperate as a witness.

Riddhi Mukhopadhyay, executive director of the Sexual Violence Law Center, said in an interview that her organization operates under similar guidelines, and they prefer to speak with victims directly for the same reasons O'Neill laid out. That being said, Mukhopadhyay emphasized that survivors deserve better systems to respond to their accusations that don't place the burden entirely on them to relive their traumatic experiences over and over. She also stressed that her organization doesn't typically handle cases like this, where nearly a dozen women come forward with accusations against a single person at the same time.

"I can’t imagine how much time and energy the survivors spent sharing their stories and experiences with the advocate, which is why many survivors withdraw from the system," Mukhopadhyay said. "When systems ask them to repeat the same information over and over again, it causes survivors to lose confidence in wanting to come forward and participate."

The concerns O'Neill identified with taking information from third parties might make sense as a general rule, but not in this particular case. Reese clearly identified herself in her outreach to SPD as someone working with a group of victims, and she explicitly stated the victims were willing to cooperate with any investigation SPD chose to conduct. She shared their contact information with the cops, and von Sothen’s statement explicitly invited the cops to reach out to her.

As far as making effective use of the SAU detectives’ time is concerned, replying to Reese’s emails or returning her phone calls to advise her that the cops needed to hear from the women directly would have taken no more than a few minutes. In fact, within hours of receiving the clarifying instruction from the SAU officer, Reese said several of the women have now left voicemails or sent emails to SPD requesting an investigation into Gravbrot’s alleged criminal activity.

Despite it being a departure from how the department normally handles reports of sexual assault, O’Neill confirmed nothing in SPD policy would have prevented someone from SAU calling Reese or any of the women whose contact information she provided.

“There’s nothing saying they can’t call and reach out to the person who sent the packet,” O’Neill said.

Both von Strothen and Mullinnex told The Stranger that their main goal in engaging with law enforcement isn’t necessarily to put Gravbrot behind bars. Rather, they said they want the clarity and peace of mind that would come from knowing whether he still remains in possession of the videos they believe he recorded without their consent. For that, they need the cops to get a search warrant for his home and hard drives, and then execute it.

If you or someone you know has experienced sexual assault, you can reach the King County Sexual Assault Resources Center’s 24/7 Resource Line at 1.888.99.VOICE to get connected to advocacy and therapy services.