1
What the ACTUAL FUCK is wrong with ppl?

I wonder if this could be construed as terrorism.
spunkbutter on March 21, 2018 at 2:33 PM Report this
2
@1 that's offensive to actual terrorists.

I wonder, tho, is this the work of bike bloc (like the folks who terrorized the belltown man who had the gall to point out that the bike rack under the freeway was intended as an anti-homeless device), or if it was the anti-bike car lovers.

Honestly I can't bring myself to lean either direction.
Sportlandia on March 21, 2018 at 3:34 PM Report this

3
You've got to expect things like this to happen if you just leave your bike laying around. Didn't we all learn to put our bikes away when we're not playing with them way back when we still had training wheels on them???

Considering how ugly and invasive the random heaps of yellow, green and orange bikes spreading around town are becoming, the satisfying "snip" of a brake cable (or fifty) has an increasingly inviting ring to it...
You_Gotta_Be_Kidding_Me on March 21, 2018 at 3:59 PM Report this
4
Not to worry, SDOT will cut Scott Kubly another massive check for his LimeBike Corporate Welfare. SDOT is LimeBike's bitch because Kubly played Seattle taxpayers like a cheap fiddle.

Any other industry, in any other city would call this sordid relationship Corruption but in Seattle we're too easily manipulated by anything marketed as "green". The LImeBike apologists are fucking suckers.
johnny utah on March 21, 2018 at 4:14 PM Report this
5
@Katie their not "shares", they're rentals owned by private corporations who use taxpayer funds to promote their interests and infrastructure needs. It's called Corporate Welfare and it's the antithesis of "progressive values". Nuance please.
johnny utah on March 21, 2018 at 4:19 PM Report this
6
Were I a betting man, I’d place a good wager on finding fingerprints from @5/6 on some well-worn wire cutters.
tensor on March 21, 2018 at 6:54 PM Report this
7
Is Katie sponsored by lime or something? All her other bike rental stories focus on the one company and this story isn't even about them, but she still advertises the green bikes
beeeees on March 21, 2018 at 7:01 PM Report this
8
The rental bikes don't deserve to have their brakes cut. That's just wrong.

Now, the regular Seattle bike commuter that flagrantly ignores all traffic laws, demands equal share of the road while providing no money to pay for maintenance and upgrades for those same roads - including the installation of the bike lanes and safety measures that they're incessantly squawking about? Well...
Knat on March 21, 2018 at 8:57 PM Report this

10
probably some homeless having a laugh. vandalism is inevitable.
Max Solomon on March 22, 2018 at 9:13 AM Report this 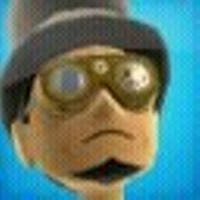 11
My money's on it being jackhole kids who think it's the height of comedy to stick it to the man (while potentially endangering lives).
Laserwulf on March 22, 2018 at 10:49 AM Report this
12
@10, @11 - I had the same notion about the “rental bike haters” who knock them over, throw them into the bushes, and so forth. I thought it was the kids. (A nearby corner used to be a hangout for teens getting drunk, but in recent years that has become rare.)

But there is an older guy in my North Capitol Hill neighborhood who does it over and over ... I catch the action on the video cameras that cover the front of my house. It is the same older man every time, a 60ish single family home owner who is usually out walking his dog in the evenings.

He lives about a block away. His house, according to Zillow, is worth over $2 million. What does this man have against rental bikes, which give people less fortunate than he is some choices in mobility?

I don’t suspect him of using wire cutters, but he loves to throw bikes into the bushes, and he thinks nobody knows who he is. I know!
Howard Metzenberg on March 23, 2018 at 2:26 AM Report this