A Seattle firefighter charges a line from a hydrant on Beacon Hill last night. Alex Garland

Around midnight, the sound of sirens could be heard along the eastern edge of Beacon Hill—a common sound in the neighborhood, but last night was different. The lights of multiple fire engines could be seen bouncing off the walls of newly built condos and the smoke in the air was thick.

A driving rain, barely noticed by firefighters with Seattle Fire Department, mixed with the water from a tapped hydrant, trickling down the hill. A home on the 1900 block of 20th Ave South and Plum St. was billowing thick black smoke. 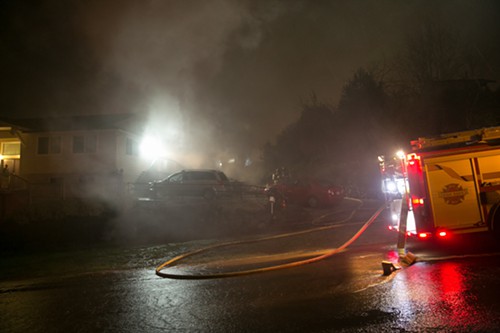 Smoke billows from a home on the corner of 20th and Plum on Beacon Hill. Alex Garland 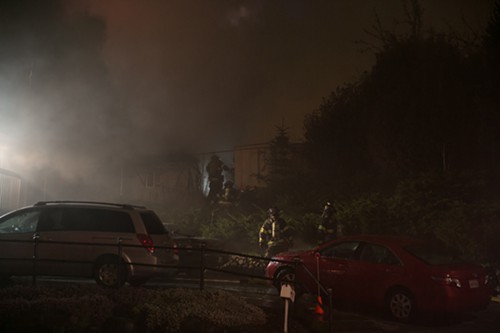 Firefighters search for additional victims in a house fire that claimed one life on Beacon Hill. Alex Garland

According to a neighbor who lives behind the home where the elderly man died, it took less than three minutes from the time he smelled the smoke and called 911 for five engines and three support vehicles to respond. It was too late. Upon arrival, firefighters found the deceased male in the kitchen area of the home. While the victim's name has not been released, Seattle Fire reports the man was 96 years old. 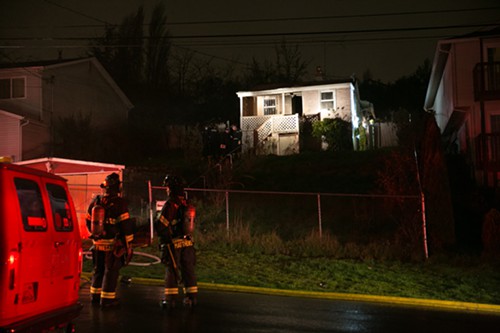 Firefighters look on as the preliminary investigation begins. Alex Garland

Fire officials reported that the fire seemed to have started near a covered patio area in the rear of the house. When asked about difficulties in putting out this particular fire, Corey Orvold, the Seattle Fire Department public information officer, responded: "One of the difficulties crews did have was an accumulation of combustibles in the home." According to the Seattle Fire Department, the fire was ruled accidental and may have been started by an electrical malfunction on the back porch which spread to the inside of the home. 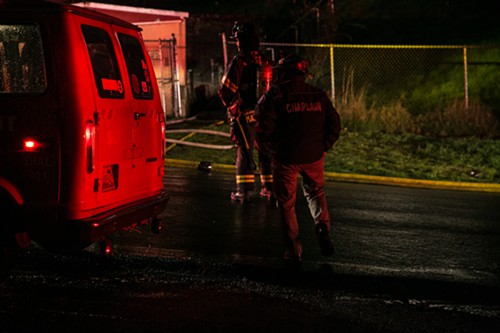 A chaplain with the Seattle Fire Department arrives on the scene. Alex Garland
Tags: 2016
The Stranger depends on your continuing support to provide articles like this one. In return, we pledge our ongoing commitment to truthful, progressive journalism and serving our community. So if you’re able, please consider a small recurring contribution. Thank you—you are appreciated!
CONTRIBUTE NOW